Directed by Clay Moffat (Star Man 2014, Eyes On The Road series), Silver Woods became available on DVD and VOD back on September 12, 2017 through TomCat Releasing. Also written by Moffat, the film stars Adam Berardi (Krampus Unleashed 2016, Eyes On The Road series) and Jonathon Booker (The Padded Room 2016, Genesis: Fall Of The Crime Empire 2017) in a story of estranged friends who journey out to the wilderness for a long overdue trip that goes wrong in only the most deadly ways. 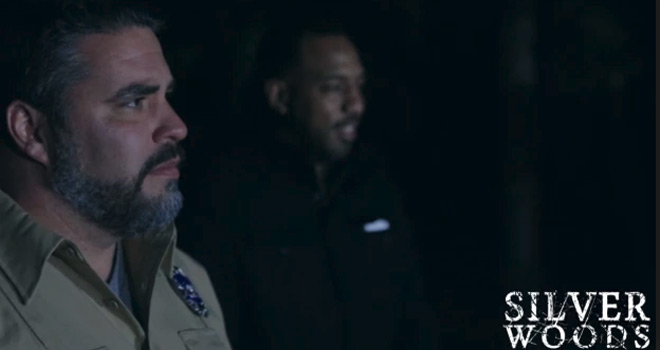 It is then, in summary, an extremely interesting example of how cinema can occasionally transcend its own production. That production is extremely low-budget – the actors, the shooting style, and even the audio has a lot of obvious ‘tells’ that this is not something with a lot of money behind it. That is not necessarily bad – money does not necessarily make a good movie, but what is more damning is that there also seems to be a lack of effort put into these things.

The shooting style is often simplistic to the point of distraction, with the cinematography feeling muted and bland. There is little of imaginative note in this area, which could save the film – generally speaking, great effort is far more interesting than perfect execution. Although, the film plays its cinematography safe, making for some awkward cuts in certain dialogue-heavy scenes that ultimately undermine the films tone. 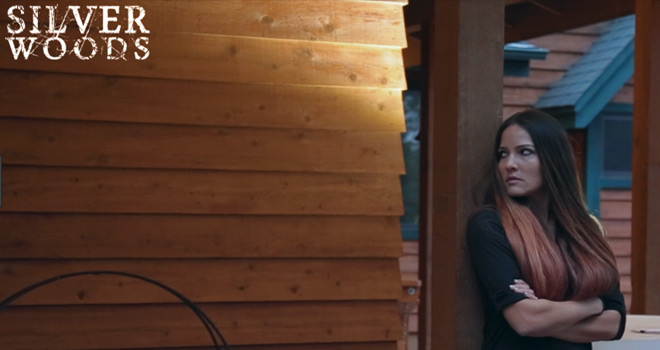 On the other hand, the sound in Silver Woods also has a few technical glitches, with loud static clearly audible – again, sound may be difficult when a production team is working on a shoestring budget, but there is little excuse for allowing it go through as is. It takes away from the what the audience should be focusing on.

Likewise, the performances can be spotty, mostly because they are often overperformed, thus making the characters less inherently human. When actors are trying this hard to get across whatever point they are trying to get across, it inadvertently steps on whatever that point was in the first place. However, it must also be mentioned that responsibility here does not fall solely on the actors – they are given some very clunky dialogue that gets overly expository very quickly. It is obvious when the production team is simply relaying facts through a character’s mouth, and again undermines the authenticity of their world.

However, many of these same elements also make for some positive sequences within the film. While the dialogue may not all be multilayered and the performances not Oscar-worthy, there is a certain naturalistic feel to many of the conversations that does help hammer home the idea that these people really are friends. The simplistic shooting style sometimes makes things feel less artificial, as though the audience were just a fly on the wall, listening into these conversations. Does it feel particularly put together? No, but it has moments where it feels real, and that is far more important. 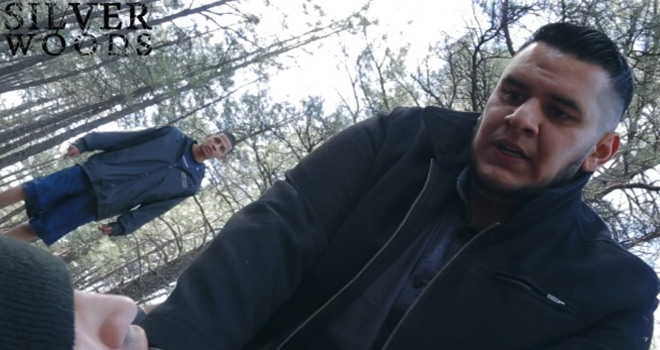 Additionally, the last stretch of Silver Woods makes some interesting decisions, deciding to slow down in the third act rather than predictably ratcheting up the pace. The last sequence in particular is notable for how it stretches out the tension, opting to focus in on a quieter form of horror than was expected. It is a turn that again shows the film has nobler intentions than much of its execution, and gives a glimpse of the talent that may be simmering underneath some poor production. For these reasons, CrypticRock gives Silver Woods 3 out of 5 stars. 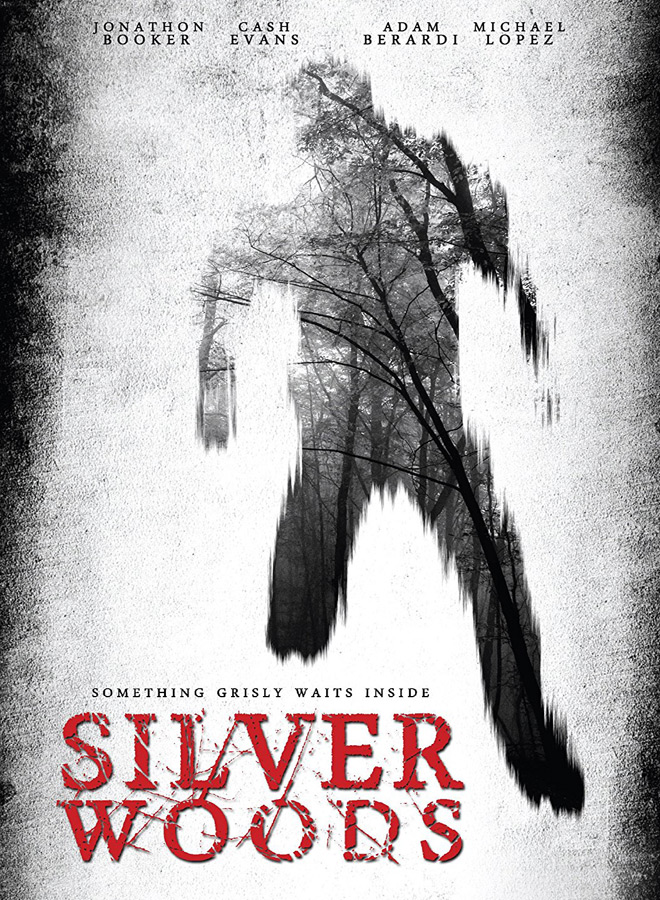