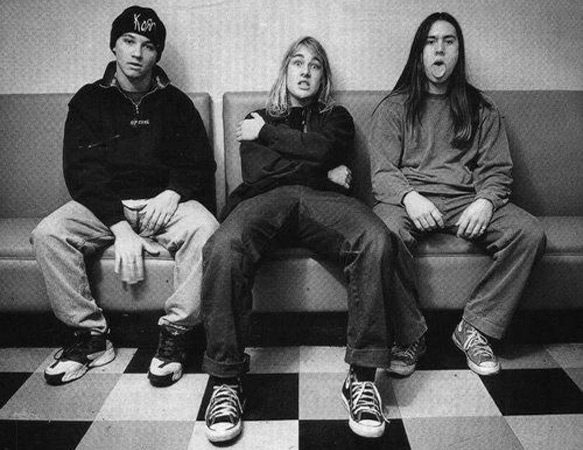 Back in the ’90s, when Alternative Rock was king, Aussie band Silverchair were etching their  name in history. Only 13 years of age when beginning their band back in 1992, their 1995 debut album, Frogstomp, was recorded in just nine days, going on to become one of the hottest releases on the charts.

As Frogstomp and “Tomorrow” continued to gain in popularity, the group toured the US with the Red Hot Chili Peppers in June, The Ramones in September, and also played on the roof of Radio City Music Hall at the MTV Music Awards. Going on to become a #1 album in Australia and New Zealand, it was certified as a US double-platinum album by the RIAA, triple-platinum in Canada by the CRIA, and multi-platinum in Australia. Not bad for 15 years old still attending high school, right?

Looking to keep the momentum of their success going, in May of 1996, the Hard Rock trio composed of Vocalist/Guitarist Daniel Johns, Drummer Ben Gillies, and Bassist Chris Joannou re-entered the studio to work on their sophomore album. Often the most challenging record for a band, of course with success and record sales always comes a certain degree of criticism as well as backlash.

For Silverchair, many felt that the band’s debut album relied too heavily on their Seattle Grunge influences. Songs like the singles “Pure Massacre” and “Israel’s Son” seemed derivative of the teens’ influences ranging from Nirvana, to Pearl Jam, to Soundgarden, to Alice In Chains, as well as Black Sabbath. For this, critics gave the group serious flack for wearing their influences on their sleeves, instead of melding their own, original sound.

So it was their second album, Freak Show, that the trio from Down Under had much to prove. Concluding the recording process in November of 1996, the album hit record stores across the U.S. on January 31, 1997. Now, twenty years later, the album remains a pivotal point in the story of Silverchair.

Lyrically, many of the songs on Freak Show focused on the backlash and anger of the expectations put on the band during their Frogstomp period. The group’s lyricist, Johns, focused his young mind, determined to prove the naysayers wrong. For his efforts, the album reached #1 and two-times platinum in Australia; was #12 on Billboard and certified gold in the United States; hit #2 in Canada; was in the Top Ten in New Zealand; and its global sales eventually exceeded 1.5 million copies. Say what they might, how many critics had released two #1 discs before graduating high school?

For the album, Johns wrote all of the lyrics with Gillies collaborating on the music. The young duo were no strangers to radio gold, and Freak Show‘s singles – “Freak” and “Abuse Me” – would help propel it to the top. (A third single/video was released in Australia and Europe for “Cemetery” but never made it to the U.S. An additional fourth single, “The Door,” received an Australia-only release.)

“Freak,” the first single and video, reached #1 on the Australian charts; it was the second single by Silverchair to do so after “Tomorrow” in 1994. (The band would not have another #1 hit until “Straight Lines” in 2007.) The music video for this song was directed by Gerald Casale, a member of Devo, who also directed the majority of their other videos. It raises the pertinent question, “What is a freak?” Are the black-clad teenagers with eyebrow piercings freaks, or is it the women that seek plastic surgery to look younger? Although, with their bass-heavy, grungy sound, none of this really mattered: they were the perfect sign of the times, musically speaking. The video for “Freak” won the International Viewer’s Choice Award for MTV Australia at the 1997 MTV Video Music Awards.

Second single/video “Abuse Me” reached #4 on Billboard‘s Hot Modern Rock Tracks and Hot Mainstream Rock Tracks charts in the U.S. The video depicted the trio performing on a silver stage, amidst freak show performers and paraphernalia, and a Rock-n-Roll astronaut inside a human gyroscope. As far as videos go, it was not-monumental, but it continued the push for the album and the band. The song, however, was a clear jab at critics who had lauded the band for copying their influences. “Come on, abuse me more, I like it,” Johns taunts in the now-classic chorus. It was a mirror of Nirvana’s “Rape Me,” but that did not stop fans from loving the track and the album.

Third single, “Cemetery,” received an overseas release but was never available here in the U.S. Die-hard fans did not much care and still managed to get their hands on the video. Reportedly, Johns had never actually intended to release the song, as he was apprehensive about being ridiculed for having written a ballad. Of course, Johns need not have worried: both his bandmates and fans loved the song. In fact, to date, it has been covered by a plethora of artists, most notably Good Charlotte.

By late 1997, the trio had completed their secondary education and were free from school books and exams. After Freak Show, the band would go on to release three more albums, 1999’s Neon Ballroom, 2002’s Diorama, and 2007’s Young Modern over the next ten years before announcing an indefinite hiatus in May 2011. The music has not seized for the members of Silverchair though as they continue to write and record in other projects since, notably Johns’ released an impressive debut solo album in 2015, entitled Talk.

Nonetheless, the importance of Freak Show in the Silverchair oeuvre is as the catalyst for the band’s third, arguably most beloved album, Neon Ballroom. It was with this disc that their sound would truly begin to take on its own voice, moving away from Hard Rock and toward something much more Pop-friendly.

As of 2011, as a whole, Silverchair have won a record number of 21 Australian Recording Industry Association (ARIA) Music Awards, and have sold 9 million albums worldwide. All five of their studio albums have hit #1 on ARIA’s charts, as well as charting across the globe. No matter how one slices it, it is impressive, but add to that the fact that the threesome were still in high school at the start of their careers and it is mind-blowing. That is why twenty years later, Freak Show remains an essential stepping stone for Silverchair going on to become one of the most-acclaimed and successful Australian bands of all time. 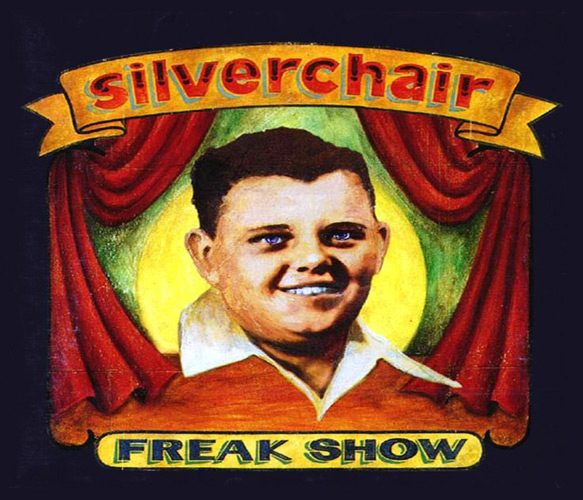