Simon & Garfunkel were Folk Rock superstars by the time of their 1970 release Bridge Over Troubled Water. Having met in Queens, NY in the early ’50s, Paul Simon and Art Garfunkel would form a Pop outfit called Tom & Jerry, which spawned a minor hit, “Hey Schoolgirl.” Several years later, with Folk music on the rise, the duo reformed as Simon & Garfunkel. They would release five albums between 1964 and 1970. None bigger than their swan song, 1970’s Bridge Over Troubled Water. While their prior releases were almost exclusively Folk-Rock excursions, here the band mixed in numerous styles including Rockabilly, Jazz, Gospel, R&B, Rock -n- Roll, Pop, and sounds from around the globe including Afro and Cuban rhythms. The album would top the charts around the world, and went on to sell over fifteen million copies, reaching number one in eleven countries. Despite the rousing success, it would ultimately lead to Simon & Garfunkel’s breakup.

The title track begins the journey in epic fashion. A dense, operatic song with Garfunkel’s most powerful vocal up to that point in his career sets the stage for an album whose grandiosity is tempered only by its constant interjection of downright fun music evoking Rock -n- Roll’s early days. For the opener, intense piano sets the foundation for Garfunkel’s evocative vocals. Mixing the sounds and stylings of a Sunday choir and a world class Opera singer, and closing the song sounding like a Pop icon, it is no wonder the track garnered the Grammy for Song of the Year in 1971. To add to the song’s huge sound, the drums were recorded in an echo chamber, and strings were added to the mix. The brilliance of the resulting product is the blending of simple lyrics about helping someone in need with over the top production, creating overwhelming mass appeal. A much simpler song, “El Condor Pasa (If I Could) follows the opening track. Subdued, Flamenco guitar opens the song as it builds ever so slowly to a medium-paced number with woodwinds taking center stage. Based on traditional Peruvian Folk music, the basic melody has been recorded thousands of times the world over. On this version, Simon writes a clever lyric drenched in juxtapositions and themes of a longing to be free, with the knowledge one can never achieve that status, with lines like, “I’d rather be a hammer than a nail……I’d rather sail away………/A man gets tied up to the ground,” and repeating the line, “Yes I would, if I only could, I surely would;” a tale of desperation moved along by upbeat, engaging music. This is what makes songwriters like Simon a leader in their pursuits.

It is no secret that The Everly Brothers were a huge influence on Simon & Garfunkel. Not only is it evident in their sound, they have said so themselves. “Cecilia” is a song steeped in harmonies and infectious acoustic guitar coupled with an undeniable, funky drumbeat. Like any great artist, Simon & Garfunkel here are wearing their influences on their sleeve, but elevating, not imitating. Again, Simon deftly blends upbeat sounds with (relatively) sad subject matter. The protagonist is clearly head-over-heels in love with the title character, only to discover she has been unfaithful. She eventually returns however, and our once dejected man is overcome with joy. Always in tune with the people, even at the dawn of the me decade, as America, despite all of the rabble-rousing counterculture of the ’60s, had not quite fully shed its Leave It To Beaver mindset, Simon found a way to brush off the severity of sin, in a playful manner. “Keep the Customer Satisfied” has all the trappings of classic Folk music with strumming acoustic guitar and harmonies throughout, but the subject matter is again on the “light” side. They are not singing about an oppressive government, or speaking out against a war, or screaming for equal rights and protections. The song tells a tale about a person traveling and running into trouble not only with the law, but also with their “customers.” Simon’s smart, quirky lyrics lend themselves to the story being about a preacher, a prostitute, a drug dealer, or a returning soldier. They are all running into troublesome situations as they attempt to make their way, and they all agree, “…it’s great to be back home/home is where I want to be.”

“So Long, Frank Lloyd Wright” is a thinly veiled goodbye from Simon to Garfunkel. Tensions were running high between the two, and the end was inevitable. A famous architect, Wright certainly was not a person one would say, “I can’t believe your song is gone so soon/I barely learned the tune/I’ll remember………all of the nights we harmonized till dawn” to. Here, Simon is lamenting the fact that while certainly successful, the group’s career was short lived. He does however indicate that despite the rocky road, he will look back fondly when he says, “When I run dry/I stop a while and think of you.” All of this is sung over dour music, and while Simon injects some positivity into the lyrics, the song never strays from the melancholy sound musically. “The Boxer,” another hit from the album, is a tasty Folk-Rock stew. Plucking the acoustic guitar in a simple melody, the music is flecked with subtle saxophone, a steady beat on the bass drum, and meanders in this fashion until the chorus where the sound gets big with bombastic cymbal crashes. The chorus is Simon & Garfunkel singing sounds (Li la li, la la la la la la li), providing a break from the heavy subject matter in the verses. A song about an immigrant struggling to make it in America, it tells a tale of a man who was initially skeptical of leaving his home for the American dream, only to find it all but impossible to achieve. At first a lost, scared little boy living in destitution with strangers, then a young man who cannot find work, a lonely man who yearns to go back home, who has to turn to the brutal world of boxing to survive, even that proves to be too much as he leaves America, shattered, but proud.

“Baby Driver” ditches the poetry and dives right into good time music. A Country-tinged lead on guitar with some electric guitar stabs thrown in set the stage for a jovial jaunt through early Rock and Rockabilly. Emphatic “oohs and woohs” in the background are the backdrop for the albums “lightest” son as far as subject matter. The middle section features a sax solo that replicates the best of the Doo-Wop era, a fitting tribute from two guys who were clearly devotees in their youth. A song about a boy bragging to a girl about his folks, eventually telling her that, “There’s no one home, we’re all alone………come into my room and play,” and eventually confessing that he’s “…not talking about your pigtails, I’m talking ‘bout your sex appeal………I wonder how your engine feels,” Simon spins an indelible tale of the wonders and frustrations of teenage lust. “The Only Living Boy in New York” brings Simon & Garfunkel back to their bread and butter with a haunting Folk number. Again, Simon expertly mixes the up with the down. The arrangement is bright with lush background vocals, a simple lead on acoustic guitar, purposeful interjections on drums, and sharp playing on bass. The lyrics are delivered with purpose and hope despite bleak subject matter as Simon sings about a person stuck in the mire of mere existence and encourages him to break away.

“Why Don’t You Write Me” once again mixes jubilant music with serious subject matter. Vibrant playing on bass saxophone throughout sets the pace, and effervescent background vocals provide the backdrop for the clamoring of a lonely man begging for a letter. Released at the height of the public outcry against the Vietnam War, the listener cannot help but picture a forlorn, desperate soldier in the heart of a harrowing war as Simon pleads, “Why don’t you write me/I’m out in the jungle……maybe I’m lost/but I can’t make the cost of the airfare/Wednesday, Thursday, ain’t no sign………Friday woe is me/gonna hang my body from the highest tree.” Their penchant for spinning yarns of brutal reality with Pop-perfect arrangements was never more so on display than it is here. A live cover of the Everly Brothers’ smash single “Bye Bye Love” allows Simon & Garfunkel to come full circle. Knowing this would be the end, what better stamp to put on the recording than a loving tribute to the act that was clearly their biggest influence musically. “Song for the Asking” closes the album featuring only Simon, acoustic guitar, and strings. The sound and style would dominate Simon’s early solo efforts, namely his first three releases. A gentle song in which Simon reflects both fondly (“Ask me and I will play so sweetly, I’ll make you smile”) and negatively (Thinking it over, I’ve been sad”) on his time with Garfunkel, extends an olive branch (“Thinking it over, I’d be more than glad to change my ways for the asking”), and finally admits that the ride was worth all the trouble (“Ask me and I will play all the love that I hold inside”). It is a sullen sounding song that manages to also pay tribute to an obviously deep and meaningful relationship that, unfortunately, had to end.

Bridge Over Troubled Water offers the listener everything an all-time album should. It features a myriad of styles all played with ease, finesse, and inventiveness. The lyrics are poetic tales touching on a wide swath of human emotions. It deals equally with the pain of love, aloofness, loss, despair, and highlights the joys of romance, adventure, and unbridled curiosity. It is no wonder it would go on to become one of the best-selling albums of all time, and earn album of the year honors at the Grammys. The subject matter and musical creativity are just as accessible forty-five years later as they were on the day of its release. 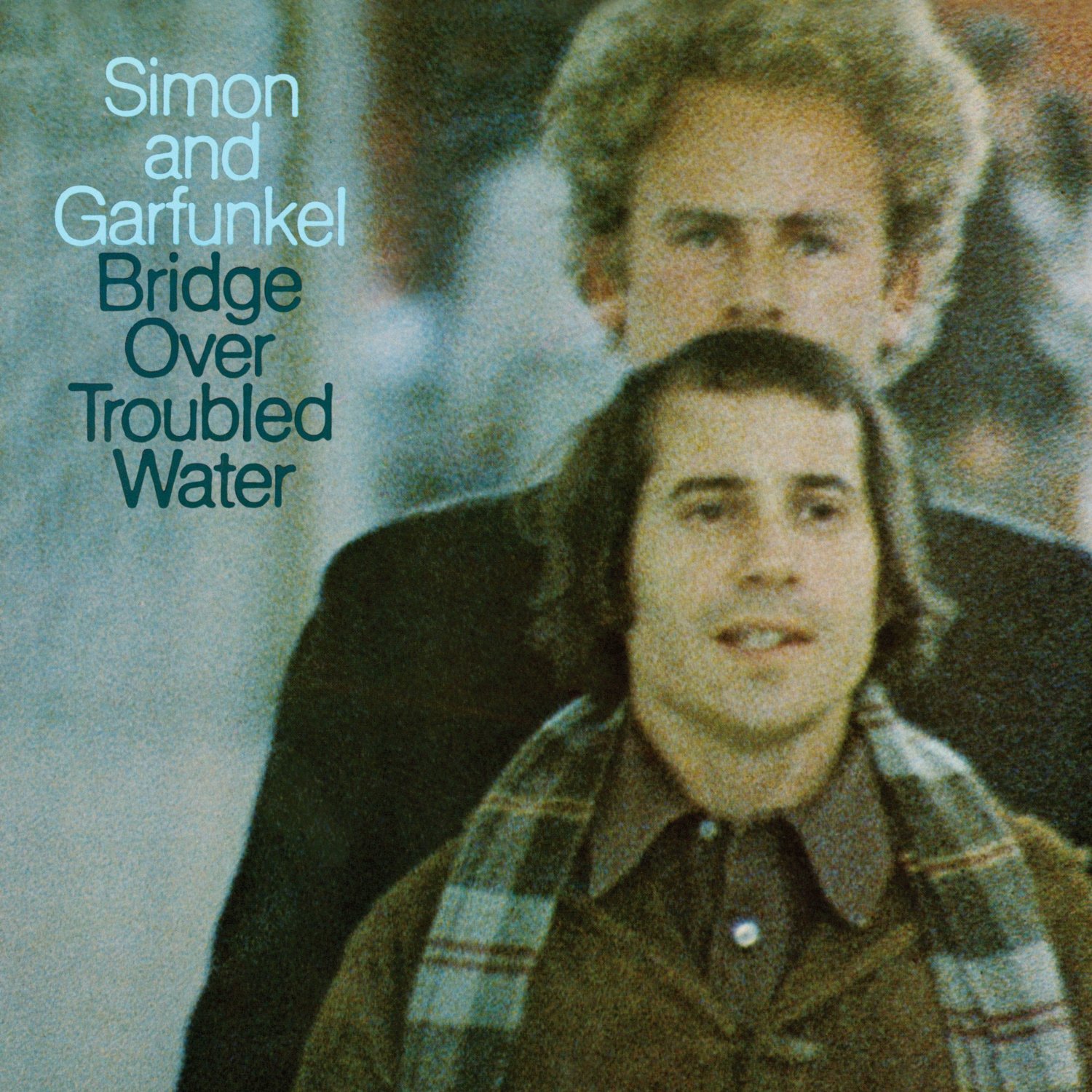