To build a better man, we must first remove that which creates our humanity: emotion. In the new Sci-Fi/Drama Simple Creature, Indican Pictures imagines a woman who has been re-made whole by science and yet is helplessly floundering in her own humanity. Released to both VOD and DVD on July 25th, Simple Creature is currently available for movie lovers’ viewing pleasure! 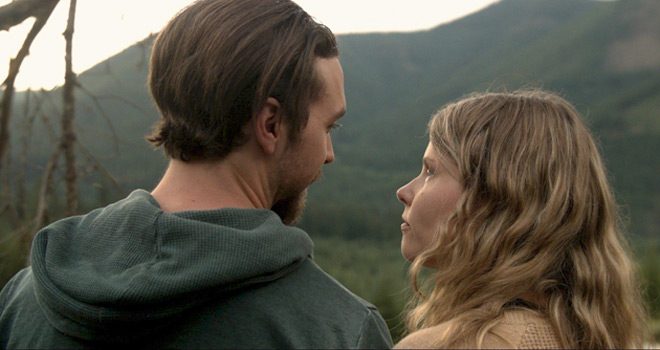 In what could be termed a modern-day reimagining of Mary Shelley’s Frankenstein, vivacious college student Em (Carollani Sandberg: All Things Hidden 2013, Brides to Be 2016) meets the adorably dimpled Seth (D’Angelo Midili: Blank 2009, Hunting Grounds 2016) and the two quickly become enraptured with one another. Though, when tragedy strikes Seth’s family, raw emotions are ripped open between the pair. Trying to do right by her own father, Roy (Tony Doupe: Frayed 2007, Wild 2014), Em takes a break from her relationship to head home for the holidays, tragically falling victim to a highway bus crash that leaves her hanging on the precipice between this life and the next.

We quickly learn that Daddy Roy is an important man in the biotechnology industry and co-creator of Singularity, a firm that specializes in genetic, nanotech, and robotic research. When Em’s recovery from the crash is called into question, Roy and partner Hank (Hans Altwies: The Diary of Ellen Rimbauer 2003, Nothing Against Life 2013) step in and bring Em to Singularity’s lab. There she is implanted with a neurochip in her brain; her left eye is replaced with an artificial optic; and she receives multiple synthetic organs to replace those that have failed throughout her original body. The end-result is a hyper-human Em Tambera with enhanced abilities and, if all goes well, a prolonged, improved life. Unfortunately, Singularity cannot biogenetically enhance human emotions, and Em’s recovery remains slow as she battles emotionally with PTSD. 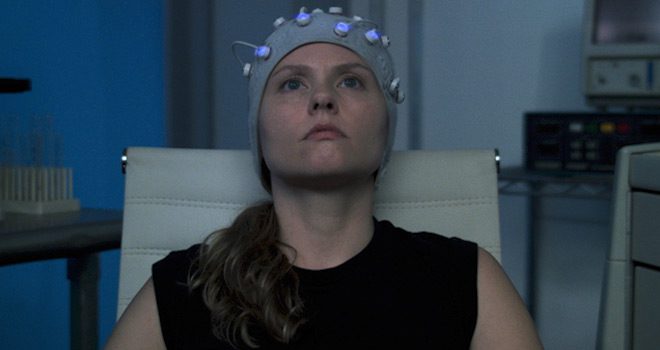 When a kindly Singularity employee named Jimmy (Gregory Marks: Scrapper 2013, Shift Paradigm 2014) begins to empathize with Em’s condition, she will find herself back on the outside, standing in-front of a familiar blue farmhouse. Inside, Seth is struggling to keep himself and his mother afloat and has become indebted to a suspiciously intense family friend named Phillip (Russell Hodgkinson: Z Nation series, Sharknado 5: Global Swarming 2017). As Em and Seth’s paths cross once again after two long years, there will be further heartbreak, calling into question the lengths that some will go to engineer their own futures.

Written and directed by Andrew Finnigan (Half Empty 2011, Koinonia 2014), Simple Creature clocks in at approximately 92 minutes. A fresh take on the age-old question of what happens when man plays God, Simple Creature injects a fresh-new perspective while paralleling the plight of modern farm families. Though based in Science-Fiction (and leaning more heavily on the science), Simple Creature reads more like a Dramatic Suspense film, focusing instead on human emotion versus the astronomical feats to which a bio-engineered body can rise. In short, do not expect the Six Million Dollar Man! 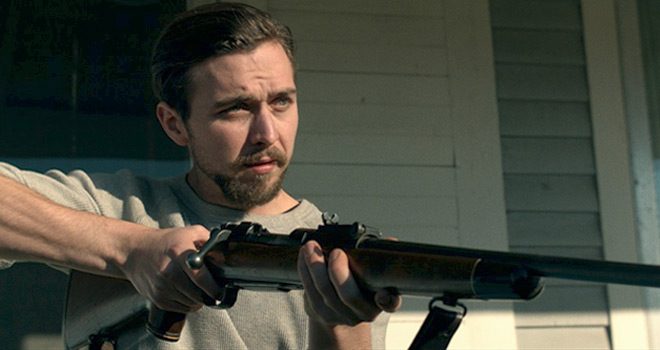 Simple Creature succeeds is in its weighty, beautifully raw, emotional portrayal of a woman who has survived against all odds only to struggle against an emotional war. Despite all that has been given or taken from Em – who is portrayed marvelously by the understated talents of Sandberg – her heart still longs for her one true love (Midili is also superb in his portrayal of the emotionally-wrenched Seth) and guides her in her travels towards him. Is love more powerful than death? Is humanity more powerful than biotechnology? Quite simply, what will happen when man becomes a God?

The questions that arise from Simple Creature are not unique and yet none have solid answers. A lovely film that is perfect for a rainy evening, Simple Creature is intelligent, emotional, and beautifully-orchestrated to invoke a weighty response. For these reasons, CrypticRock give Simple Creature 4.5 of 5 stars. 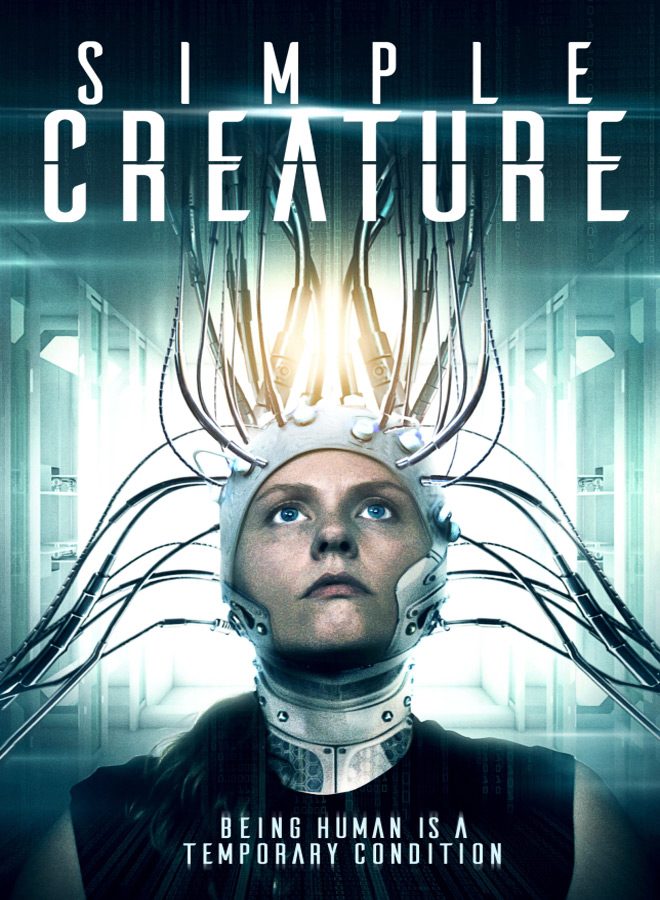