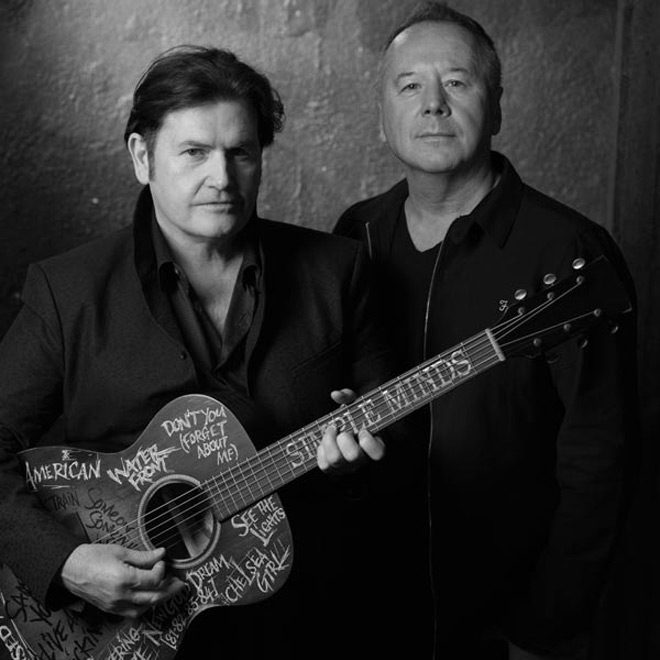 One of the most prolific bands to come out of the vibrant, brilliant golden era of New Wave music in the 1980s, Simple Minds are an easily recognized name. Always remaining rooted in their sonic grounds, without shying away from the equally bright and shiny aesthetics of contemporary Pop Rock music, their overall sound is both nostalgic and relevant.

Formed in 1977, in Glasgow, Scotland, the enduring band currently consists of the founding members Jim Kerr (vocals, songwriting) and Charlie Burchill (guitars, keyboards, songwriting) with Andy Gillespie (keyboards), Mel Gaynor (drummer), and Ged Grimes (bass). For a forty-year-old group that has been surviving countless musical revolutions and soldiering through inevitable stylistic evolution, Simple Minds is definitely a band to contend with. The songwriting partnership of especially Kerr and Burchill, with the contributions of the rest of their kindred musical spirits in the band, deserves to be placed alongside great creative pairs in the annals of Pop Rock music, such as Lennon-McCartney, Morrissey-Marr, and Hewson-Evans.

With a seventeen-album discography on their sleeves – from 1979’s Life in a Day to the latest, 2016’s Acoustic – Simple Minds have all the rights to present their music in however way they see fit within their predisposition. Thus, their decision to turn some of their songs into something acoustic-oriented from the familiarly lush soundscape of their music and then release these into a proper album is a long time coming; something that particularly lovers of Simple Minds’ music should sanctify.

Released on November 11, 2016, Simple Minds’ foray in the acoustic realms begins with a subtle take on the anthemic “The American,” which, despite its controlled burst of energy and the absence of the big-drum sound, synthesizer acrobatics, and guitar pyrotechnics of old, still sounds bombastic and iconic, never losing its Celtic spirit.

Next is the galloping graceful beat of “Promised You a Miracle,” which features the Scottish Singer-Songwriter KT Tunstall, whose equally powerful voice compliments that of Kerr and makes the song more compelling. The relaxing “Glittering Prize,” with its shimmering strums and Dream Pop guitar ad-lib, is a perfect background for a windy, moonlit night’s drive; whereas “See the Lights” and “New Gold Dream” are given another ray of sheen, albeit less of the bells and gloss and the ambient drama.

The U2 dead ringer “Someone, Somewhere in Summertime” is stripped off of its Edge-y, cascading guitars, letting Kerr’s low-register voice float conspicuously this time. Then there is “Waterfront,” whose electronic pulses are turned into something more organic and less calculated, giving it a more human feel, with more freedom to have fun. The ensuing “Sanctify Yourself,” on the other hand, retains much of its characteristics albeit highlighting Grimes’ slapped bass lines instead of the synthesizer flourishes. Paying homage to their debut album, Simple Minds take the piano-adorned, Roxy Music-influenced Art Rock “Chelsea Girl” and make it harmonics-based and Post-Punk-sounding; but the result is the same Rock-n-Roll, forever engaging.

Another effective synth unrobing comes next in the form of the new, raw version of “Alive and Kicking,” yet the same heartbeat, melodies, and vocal breaths remain the heart and bloodstream of the song that has become an emotional Power ballad. It will fit nicely onto a playlist that includes similar folky and soulful Sophisti-Pop songs like Tears for Fears’ “Woman in Chains,” Spandau Ballet’s “Through the Barricades,” Duran Duran’s “Ordinary World,” and Crowded House’s “Four Seasons in One Day.” Then, by making “Don’t You (Forget about Me)” more alive and heartfelt and finally a part of a proper studio album, Simple Minds have ultimately surrendered to the song’s legendary status and come into terms with the previously disowned classic. A sign of maturity? Perhaps. But most likely, an expression of gratitude and acknowledgment; after all, the enduringly popular song was what catapulted the band to international popularity in the first place.

Finally, Acoustic ends with a cover of “Long Black Train” by the English Singer-Songwriter Richard Hawley, who himself has a remarkable history, having been a member of the Guitar Pop bands Treebound Story (“Swimming in the Heart of Jane”), Longpigs (“She Said”), and Pulp (“Bob Lind [The Only Way Is Down]”). This album closer is simply a reminder of Simple Minds’ penchant for releasing renditions of other artists’ songs.

Acoustic is, after all, not something new. Tracing back the humble beginnings of the not-so-simple-minded pair that continue to lead Simple Minds, most of their now definitive songs were, in fact, originally written in the kitchen of Kerr’s family with only his youthful and hopeful voice on Burchill’s folky plucks and jangly strums on an old acoustic guitar. Besides, the Scottish band’s latest, so-named acoustic offering is not really stripped-down, voice-guitar renderings; the songs remain well-structured and full of instruments and melodies.

Although Acoustic serves as a reminder of how sincere and powerful Simple Minds’ songs are even without the embellishments of equally beautiful instrumental interludes and sonic atmospherics, the re-arrangements are still treated with no-nonsense creativity. In less than a dozen words, Acoustic is rootsy, folky, and intimate rather than electric, flamboyant, and stadium-ready. For all these reasons, CrypticRock gives Acoustic 5 out of 5 stars. 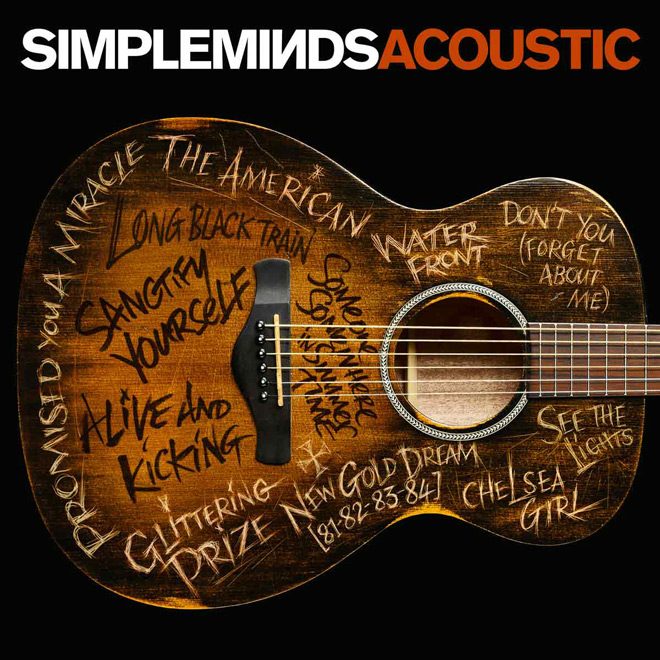 On the eve of Acoustic’s release Simple Minds took to the stage of London’s famous Hackney Empire to perform a special show for BBC Radio 2’s renowned “In Concert” series. Now, on June 16th, that concert will be released in a DVD/CD set called Acoustic In Concert. Pre-order it on Amazon