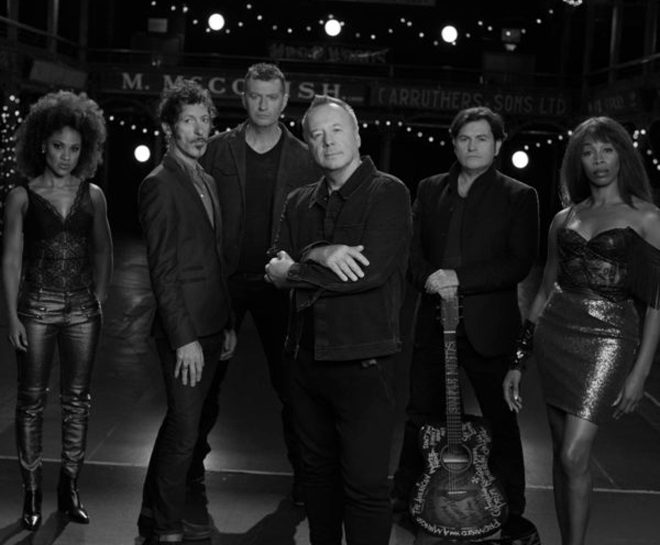 During the big ’80s, music defined the culture. With so many artists to shuffle through, one which would be impossible to forget are the Scottish Rock band Simple Minds. While much of the decade was dominated by acts out of England, Simple Minds proudly represented Scotland, going on to sell more than sixty million records worldwide over the past three plus decades.

Unique to other acts of the New Wave scene, Simple Minds style is impossible to define as much of their discography varies in style and form. Still alive and kicking all these years later, the band would surprise their fans in 2016 with the release of Acoustic – an album featuring acoustic studio recordings of previously released songs, re-imagined in Simple Minds’ own light. No doubt inspired by the band’s rare live session where they recorded for The Chris Evans Breakfast Show in 2014, leading to more stripped down shows in 2016, on the eve of Acoustic’s release (November 10, 2016), they would take over London, England’s historic Hackney Empire to perform for BBC Radio 2’s In Concert series.

A special event to tuck in the corner of dedicated fans’ memories, not everyone could make the trip out to see the show, but not to worry, the broadcast was captured for a special DVD/Blu-Ray release which hit the public on June 16, 2017 via Eagle Rock Entertainment. Not the band’s first ever live concert home video, it is however the first ever recorded acoustic performance, and much like Simple Minds, is far from ordinary.

Led by original members, Vocalist Jim Kerr and Guitarist Charlie Burchill, the exclusive show features an impeccable lineup consisting of Bassist Ged Grimes, Guitarist Gordy Goudie, Drummer Cherisse Osei, as well as Vocalists Sarah Brown and Catherine AD. Set out to offer the audience sixteen tracks, ranging from their biggest hits to fan adored pieces, they do an exceptional job. What really stands out about the concert and the music is the fact that much of these songs are remembered for their larger than life sound, matched with big guitars, vocals, and keyboards. That said, for many, it would be hard to imagine the songs re-imagined in a more acoustic format, but Simple Minds find a way to capture an energy equal to that of the original recordings.

Now many are probably thinking, this is not complicated, just perform the songs on acoustic guitars right? Well, no, it is not as easy as it sounds. It takes a great deal of vision to re-create the arrangement of many of these songs to fit an acoustic setting. For example, the acoustic rendition of “Promised You A Miracle” sounds like an entirely new song; fresh and exciting. The same could be said for their most commercially successful “Don’t You (Forget About Me)” as well as the emotionally driven “Alive and Kicking.” Along with “Sanctify Yourself,” clearly their most popular hit, there are also fantastic explorations into the Simple Minds’ catalog such as “Chelsea Girl,” “Speed Your Love to Me,” and 2001’s “Dancing Barefoot.” In addition, there are some fantastic covers including Richard Hawley “Long Black Train” and a collaboration for Cockney Rebels’ Steve Harley for “Make Me Smile (Come Up and See Me). ”

Matching the music, Kerry leads the band in a spirited performance which sees each musician completely engaged in the set and feeding off the audience. Quite energized for an acoustic set, it is a video Simple Minds fans will want to add to their collection for multiple viewings. Whether one wants to skip to their favorite track or watch the entire concert, it is a delight to watch. Even better, the 2-disc DVD edition of Acoustic included a CD version of the concert. Recently wrapping up a European tour, North America are patiently awaiting Simple Minds’ return, but until then, Acoustic and Acoustic In Concert are a nice gift. CrypticRock gives Acoustic In Concert 4.5 out of 5 stars. 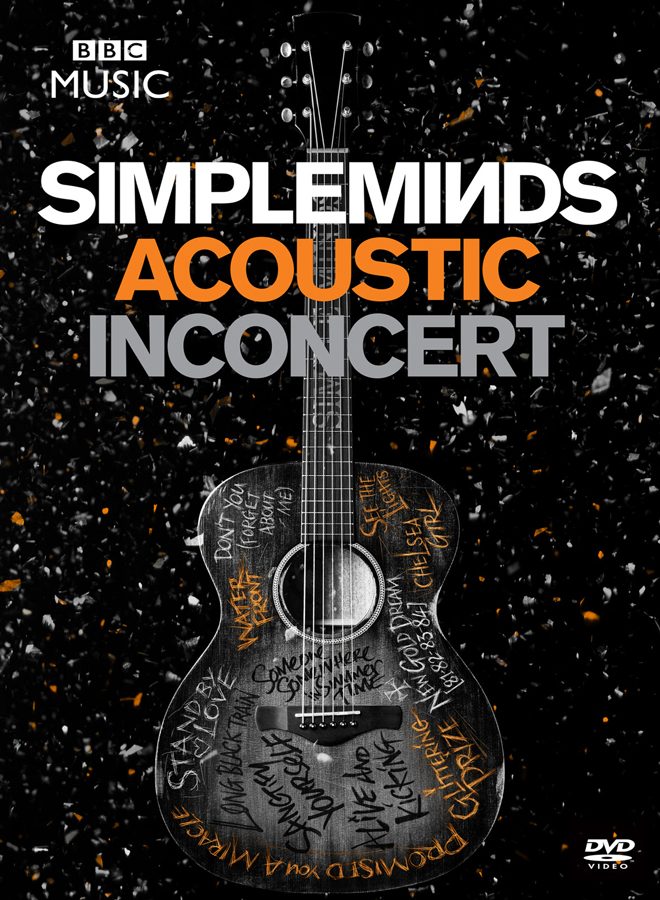