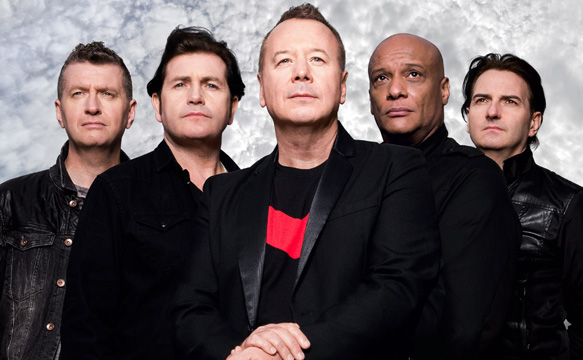 Casual listeners associate Glasgow, Scotland’s Simple Minds almost exclusively with their widely known signature song “Don’t You (Forget about Me).” This is understandable; after all, commercial radio stations (and other forms of media, for that matter) have the general habit of hammering what has already been nailed down so many times, as if trying to bury the band’s entire body of works into the wood of musical oblivion. Instead of helping make the band’s musical output stay afloat, they seem to drown the band in the massive popularity of their one hit song. This is really a shame because many failed to recognize the band’s prolificacy. The fact is Simple Minds are among the league of persistent and productive bands that may be considered offspring of the so-called New Wave and Post-punk generation—along with U2, The Cure, and Duran Duran, all of whom are to this day still actively wowing worldwide audiences by their solid live performances and surprising classic and contemporary fans with vibrant new materials. This is a proof of Simple Minds’ legitimacy as trendsetters rather than mere riders of the so-called nostalgia generation. They are real musicmakers instead of dwellers of the past, with a seeming mission to carry forward and uplift the spirits of young and old sonic adventurers. Despite that, they never turn their backs on their own music icons, as proven by the release of already two full albums of cover materials, Neon Lights (2001) and Searching for the Lost Boys (2009), which included songs by David Bowie, The Velvet Underground, Roxy Music, Kraftwerk, Echo & the Bunnymen, Magazine, Siouxsie & the Banshees, and The Stranglers. Still moving forward, the band returned with their first studio album in five years back in October 2014, entitled Big Music.

Big Music starts with the footstomper “Blindfolded,” whose ascending instrumentation makes it the album’s perfect opener—beautifully panned Synthpop melodies and percussive beats with fuzzy rhythm guitars and flanger-heavy lead-guitar part. This subtle yet powerful groove is employed again effectively in “Honest Town,” whose chorus takes the listener to a familiar Simple Minds territory. “Human” is the next song that will most likely catch the attention of a melody-oriented listener. It is reminiscent of Belouis Some’s “Animal Magic” but with an assured kick and punch. A lyrical and nostalgic tearjerker, “Blood Diamonds” is the album’s dancefloor ballad, with a soaring chorus that can make one dance and shed tears at the same time. Other recommended tracks are “Imagination,” “Spirited Away,” and another ballad, “Bittersweet.” Equally notable are the presence of three well-rendered cover songs—The Call’s “Let the Day Begin,” The Doors’ “Riders on the Storm,” and Patti Smith Group’s “Dancing Barefoot.”

For all the songs, founding member and bandleader Kerr’s voice was inevitably the main attraction—which on certain parts may remind a New Wave aficionado of a host of remarkable vocalists in the same genre: U2’s Bono, Big Country’s Stuart Adamson, INXS’s Michael Hutchence, The Fixx’s Cy Curnin, Icehouse’s Iva Davies, The Armoury Show’s Richard Jobson, Cactus World News’ Eoin McEvoy, and Tuesday Blue’s Michael Ryan. Not far behind, almost in equal measures, were the signature sound and style of original guitarist Charlie Burchill and the characteristic synth lines of Andy Gillespie. May not be as prominent but both serving as strong sonic support are Ged Grimes’s round bass lines and Mel Gaynor’s thumping drums.

With an almost four-decade-spanning career, Simple Minds are proud not only of their own music but also of their musical influences, carrying both like laurels on their heads and with pride in their hearts. To let a single song eclipse the seventeen studio-album discography of a hardworking band is simply preposterous. To a loyal enthusiast and who has a reliable attention span, there is so much more that Simple Minds could offer. The band deserve to be lauded not only for their longevity but also for their ability to remain focused and rooted in their own musical landscape without the need to ignore the ever-changing soundscape of the Rock music scene. They are able to stay relevant, updated, and open to new influences without losing their musical identity. As a unit, the band has really come a long way, considering its catalog and current world tour dates in support of their latest album. For all these, CrypticRock gives Simple Minds’ Big Music 4 out of 5 stars. 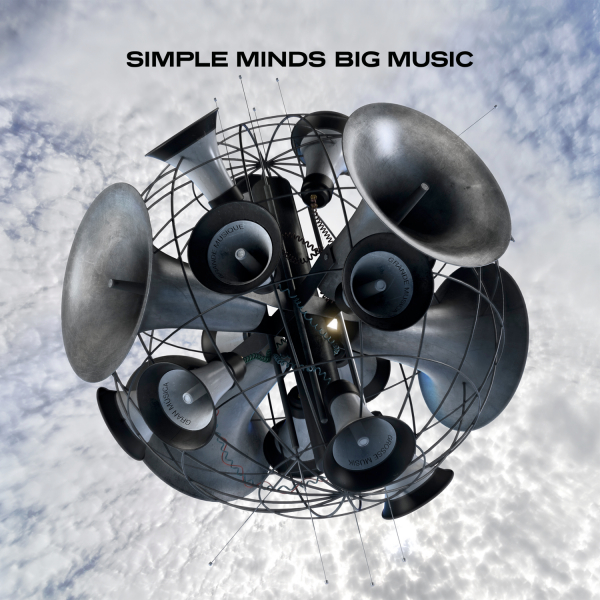