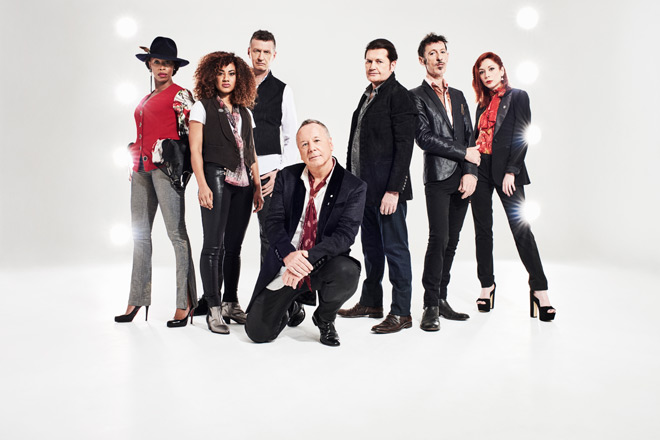 Fresh from the momentum and rustic vibes of last year’s album of acoustified renditions of their well-loved, classic songs, Simple Minds did not waste time and continued to harness such a burst of creativity. After all, the band, which was formed in 1977, in Glasgow, Scotland, has been consistently unleashing records ever since, at an average of one every couple of years. This makes its forthcoming work the eighteenth, proper, full-length in its discography! Indeed, they remain in league with their fellow, equally rocking, prolific, and enduring Post-Punk/New Wave pioneers The Waterboys (“Do We Choose Who We Love?”) and U2 (“You’re the Best Thing about Me”).

Due to be released on Friday, February 2, 2018, on BMG, Simple Minds’ new album, titled Walk Between Worlds, find the prolific band glowing again with its flair for big sounds and getting ready for their upcoming European tour.

Walk Between Worlds starts with its lead single – the atmospheric, hook-filled, and aptly titled “Magic,” which captures the band’s trademark sound during their ’80s heyday; for instance, “Promised You a Miracle” and “All the Things She Said.” The bright, sunny sonic disposition shines through into the ensuing “Summer.” Then there is the slightly subdued tempo and mesmerizing drone of “Utopia,” in which the vocal switches from typical Rock mode to something relaxed and soulful.

“The Signal and the Noise” then attacks like a staccato of strings; it will surely catch the fancy of the band’s longtime fans, for it harks to Simple Minds’ carefree days—a tad laidback, a bit noisy…how it is supposed to be. The following “In Dreams” is a subtle change of style—a drizzle of Electroclash, a catchy chorus, and the perennially present undulation of guitars that actually interweaves the whole album together.

Simple Minds then wear their glittering Rock boots as they dish out “Barrowland Star,” whose anthemic guitar interludes and orchestral flourishes make the song the star that it is. After this six-and-a-half-minute epic, the title track swings next in soulful sophistication. Then Simple Minds wrap up everything by diving further into its Sophisti-Pop excursion as it leaves the listener with the cinematic, dreamy ballad “Sense of Discovery.” Its smooth, silky vocal delivery and shimmering guitar jangle will swiftly remind the nostalgic of the band’s very own 1985 song “Alive and Kicking” and a pseudo echo of U2’s 1984 power ballad “Bad.” It serves as a perfect homage to their glorious past, musical roots, and fellow forerunners of the kind of music that both helped develop, establish, and deliver to the consciousness of the current generation’s hipsters, Rockers, Popsters, New Wavers, lovers, thieves, fools, and pretenders…who are one and all underneath the stars and the whole of the killing moon (or the sun that always shines on T.V. for that matter).

Walk Between Worlds is definitely vintage but updated Simple Minds. Kerr and Burchill with their current collective are really on a mission to ensure that the whole Pop Rock world never forgets about them, ever. CrypticRock gives Walk Between Worlds 5 out of 5 stars. 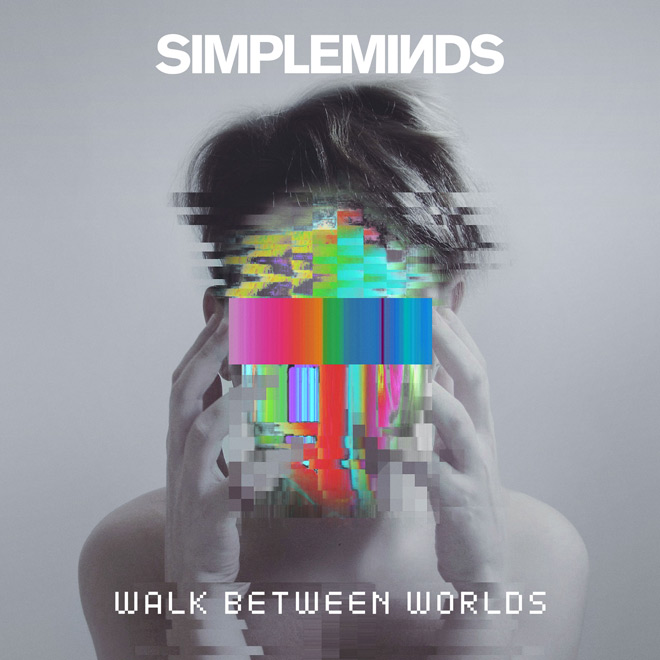