Simple Plan- Taking One For The Team (Album Review) 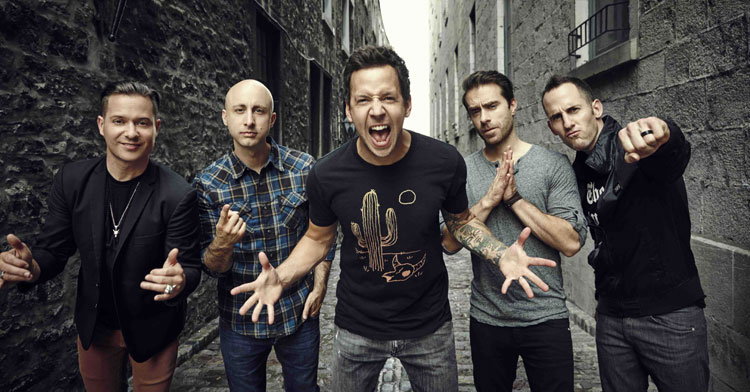 Occasionally, time is all a band needs to lose a strong, dedicated fanbase, and even each other. Formed back in 1999 up in Montreal, Canada, Simple Plan proves the world wrong by continually coming back stronger than ever with each song, album, and tour seventeen years later. Unlike most bands, the members of Simple Plan have stuck together to form one of the strongest bonds on the scene. In fact, bandmates Pierre Bouvier (vocals), David Desrosiers (bass guitar), Sébastien Lefebvre (guitar), Chuck Comeau (drums), and Jess Stinco (lead guitar) have worked together for years to create something special for artists and fans alike. It is surely an accomplishment for a band to be able to say they have created a long discography together while gaining a plethora of life-changing opportunities. Not only this, but to be nominated and receive awards such as the Juno Fan Choice Award in 2006, MuchMusic Video Award for Fan Fave Video for “Save You” in 2009, and NRJ Music Award For Francophone Duo/Group of the Year in 2012, is extremely impressive.

In addition, they formed the “The Simple Plan Foundation,” which is another aspect of their career to be exceedingly proud of. Founded in 2005, the foundation is aimed to support young people who are going through tough times in their life. Whether it be making a difference through music, or other means, it seems as though there is nothing Simple Plan cannot do. Now rising to the top once again, Simple Plan are back with their fifth overall studio album, Taking One For The Team. Released February 19, 2016 via Atlantic Records, the band’s first album in five years is produced by Howard Benson and is a fourteen track statement that Simple Plan is back, better than ever.

Taking One For The Team kicks off with “Opinion Overload,” a track that definitely shows the roots of this Pop Punk band. With a catchy guitar and drum intro, the song dives right into the well-known and loved sound of Simple Plan. On more of the Pop side of Punk, “Boom!” blasts through the speakers next, and is a cliché and melodious love song that most can relate to. With the same feel as the track before, “Kiss Me Like Nobody’s Watching” is about finding that one true love and not caring about what anybody else may think of it. The song features a fast pace and fun vibe filled with memorable lyrics and a riveting bass line.

Getting back to more of a Punk sound, “Farewell,” featuring New Found Glory’s Jordan Pundik, is an upbeat song about getting over a relationship and the downsides of it all, while also saying goodbye and how everything will turn out okay in the end. With a completely different sound than any other song off the album, track number five, “Singing In The Rain,” featuring R. City, is an almost Reggae sounding tune with a very chill and relaxed vibe. The song is about always looking on the bright side and keeping a positive outlook on bad situations. The next track, “Everything Sucks,” is almost similar to “Farewell” but has a contradicting optimistic and amusing disposition; it is about how miserable being away from somebody you are used to spending so much time with is. “I Refuse” then changes the tone of the album and veers away from songs about relationships. The song can be described as being inspirational, talking about going after one’s dreams and what they want in life, while also refusing to apologize for who they are.

Released October 16, 2015, the eighth song off the album’s lead single “I Don’t Wanna Go To Bed,” featuring Nelly. Released with a music video, the song was fans’ first introduction to Simple Plan’s new material and one would say is different from the rest of the record with a more Funk vibe. Next, “Nostalgic” counteracts the earlier album track “Boom!.” It is a bouncy but not so uplifting breakup song about the sometimes dreadful feelings of nostalgia after a relationship is over. Then comes the first ballad of the album, “Perfectly Perfect,” and it is an acoustic love song about the little things one notices about the ones they love. After that, Simple Plan switches things up with a more Gospel feel on “I Don’t Wanna Be Sad” that comes on concrete , dynamic, and with a sanguine tempo.

Progressing with the album, the next track, “P.S. I Hate You,” is about getting over a girl and being better off without her. The song has an overall gung-ho tone and attitude. Next comes the second acoustic based ballad, entitled “Problem Child,” and changes the uplifting tone of Taking One For The Team and shows a darker side of Simple Plan. Ending the album with a slower cut, “I Dream About You,” featuring a guest spot from Juliet Simms, puts listeners in an almost illusive state as the music focuses the attention on the soothing background sounds of the violin and harmonizations of the lyrics. With that in mind, it is not usually a norm to conclude a record on such a slow and dreamlike note, but Simple Plan leaves their audience feeling calm and wanderlust in the process.

Taking One For The Team can be described as a soundtrack to the ultimate Summer road trip or even for those long car drives with friends. With its versatility, it is easy and fun to listen to, putting anyone in a better mood. Topping 2011’s Get Your Heart On, they have gained new fans, and brought back old. Simple Plan has come a long way and do not show any signs of stopping, writing energetic and ear-pleasing music. That is why CrypticRock gives Taking One For The Team 5 out of 5 stars. 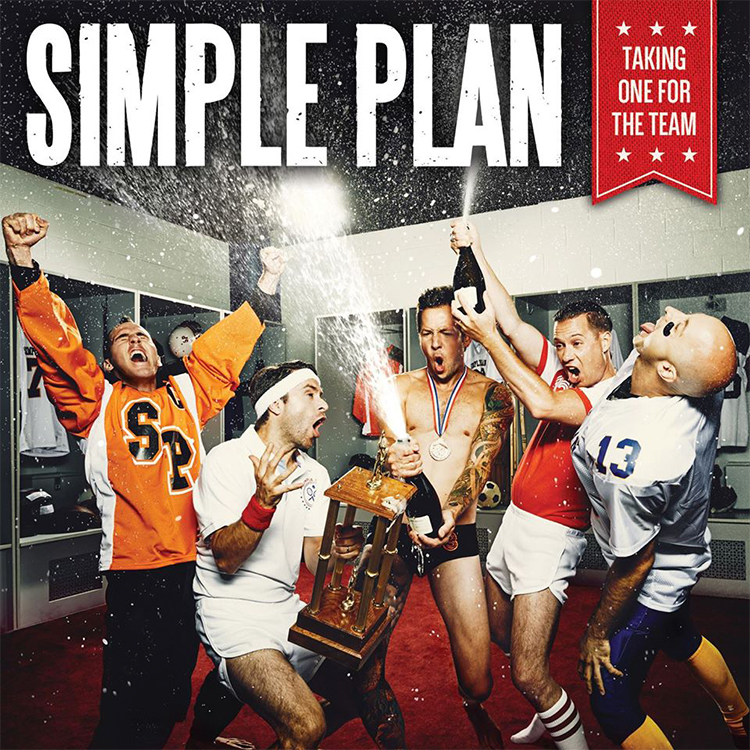