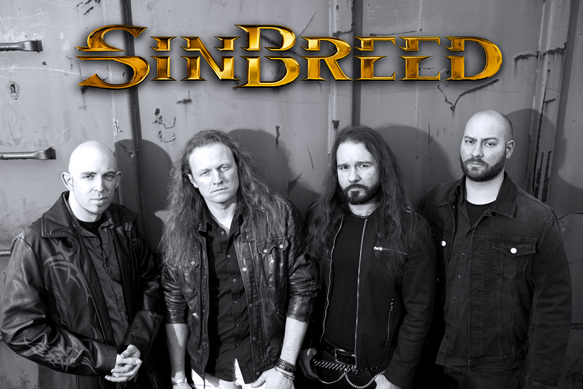 Heavy Metal band Sinbreed was formed back in 2008 and since have become known quite well by Metal listeners from all around the world. Debuting in 2010 with their album When Worlds Collide, Sinbreed immediately attracted attention with their melodic brand of Power/Speed Metal. Following up with Shadows in 2014, their fan base grew larger, and many thought the record topped their first. Now in 2016, led by Beyond the Bridge/Avantasia vocalist Herbie Langhans, Guitarist Flo Laurin, Bassist Alexander Schulz, and Blind Guardian drummer Frederik Ehmke, Sinbreed return with their new album, Master Creator. Released on February 26th via AFM Records, the album was mixed/mastered by Markus Teske at Bazement Studios and is bound to have those with a need for speed salivating.

Lighting the fire with opening track “Creation of Reality,” Sinbreed bring a powerfully lyrical masterpiece that possesses a sense of ’70s Rock flair. In the song, Langhans claims, “The truth is all around,” as he excellently executes rough but elegant vocals. Starting off the second track, “Across the Great Divides,” an amazing riff by Laurin will have listeners dazzled. Coupled with the epic voice of Langhans, the song’s feel is uplifting and exciting. The words “Down back down” are what is explained in this motivational song that definitely hits all the right ques.

Bringing on a deeper, more harsh, downright Metal track, “Behind a Mask” features riffs that keep a dark atmosphere in tact. A song about letting go of everything that holds one down, it shouts out to release every demon that is inside. Then there is “Moonlit Night,” which is song deserving of an elaborate music video. A breath of life for listeners, it projects a feel of how Power Metal can uplift even the darkest of spirits. Laden with a slower pace, this melodic masterpiece is one to be reckoned with as the chorus shines with powerful vocals of Langhans.

Coming at the midway point of the record is the title-track, “Master Creator,” a power ballad of excruciating measures as it blasts to high and low notes that keep a steady and believable pace. Thereafter is “At the Gate,” which starts with exquisite  keywork from Laurin. It is a soft song that shows off a brilliant message of helping someone in need through their harshest of times. “This fire can’t enter my realm,” is a lyric to live by as this track is one to definitely remember. Then, back on track with modern Power Metal sounds, “The Riddle” features blazing riffs and drums delicately place throughout the composition. Once again, lyrics are a focal point with the words, “If only I could move again, if only I could leave,” showing listeners the very human side of Sinbreed.

Up next, “The Voice” complements with the start of a high pitched scream as the message talks about about believing in one’s self and “setting yourself on fire!” Of course not literally, but inspirationally. This leads to the final song, “On the Run,” a fast adrenaline rush that heightens and broadens the senses with majestic instrumentation and an epic way to close Master Creator.

Those who are fans of bright, colorful, and highly melodic Metal, Master Creator is a great journey to dive into. The album is complete with ups and downs of the human condition and, through it all, possess the light in its words that the music conveys. There is a good pace and electrifying riffs that are fresh and shows Sinbreed have plenty of creativity to offer the Metal world. CrypticRock gives Master Creator 4 out of 5 stars. 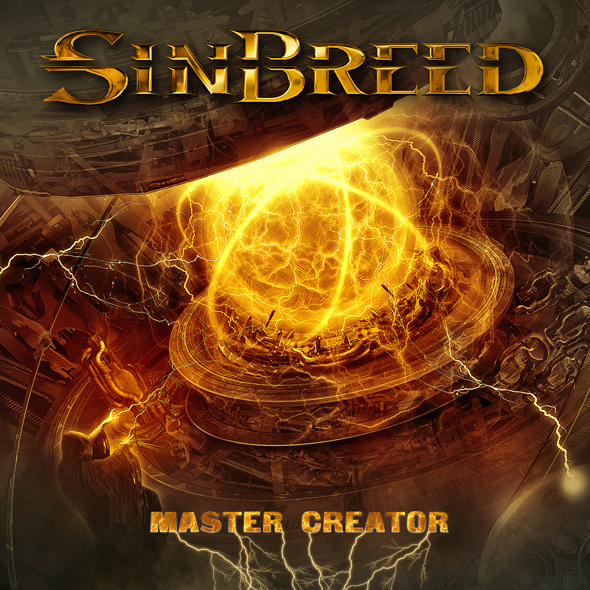