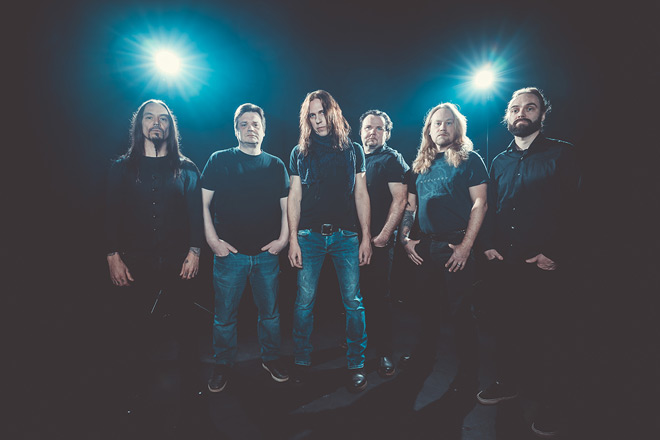 Tomi Joutsen has made quite a name for himself as the vocalist of elite Finnish Metal institution Amorphis, but prior to his commitment to the Helsinki based unit, he sang for a band called Sinisthra. Having released just one album in 2005, the band remained mostly absent from activity due to their singer’s newer venture.

Now fifteen years later, with Joutsen solidly at the helm of a highly successful juggernaut of a band, the time has come for him to revisit his old mates, and the result is The Broad and Beaten Way, due out May 15th, 2020 on Rockshots Records.

Casual fans may glance at the makeup of Sinisthra and expect a very similar product to Amorphis. Twin guitars, provided by Markku Mäkinen and Marko Välimäki, with keyboards performed by one Timo Vainio; we see a similar setup and therefore may expect nearly identical results. The truth is the material on The Broad and Beaten Way is a different beast, one which utilizes Joutsen’s voice in a unique and perhaps more challenging manner.

The overarching feeling one gets when digging into this album is that Joutsen’s clear and robust tenor is allowed a great deal of breathing room. Fans of Amorphis will note plenty of songs by that band where Joutsen commands the ballad, but in Sinisthra the music, on the whole, is far more sedate. This is evident in the anthemic form of “Closely Guarded Distance,” a song whose grungy, rocking parts lay a framework for Joutsen to simply soar. A sky-high chorus that unwinds and unfolds languidly, it takes its time enveloping the listener. Everything from a witchy, psychedelic keyboard solo and programmed voiceover to florid guitar leads, all surrounding Joutsen’s voice singing dulcet tones over piano, this thirteen-minute album centerpiece is simply lovely. At points Joutsen’s performance is achingly beautiful, almost by itself with minimal accompaniment. The power of Sinisthra is also evident, making this an absolute treat to come back to again and again.

On “Safe in the Arms of Everlasting,” a calming and lounge-style opening showcases further versatility from the vocal chords of Tomi Joutsen. Part Sentenced, part Anathema, all Sinisthra, the powerful and epic chorus kisses the listener’s face like a spring breeze, freshening with vigor without quite turning into a gale. This is, as mentioned earlier, quite a sedate musical experience. Make no mistake, the chorus on this song is magnificent.

This is not to say that Sinisthra will not add some tempo to the mix. After all, “Eterne” begins the album with a song structured not unlike some Amorphis tunes, a keyboard-soaked set of riffs set to some memorable and smooth vocal lines. This one might be more familiar territory, but it stands on its own merit, no doubt, and is really quite good.

That said, anyone looking for the sort of up-tempo melodic Death Metal from Joutsen’s day job should not look here. “Halfway to Somewhere Else” plies the seas of balladry on the wings of the singer’s peerless croon. Silken guitar leads evoke the trippier moments of David Gilmour and the aforesaid Anathema than they do anything bent on being heavy. This is explored further on the empowered “Morningfrail,” again built up from quiet verses which explode like birdsong in a misty morning forest.

Sinisthra smartly utilize their vocalist’s voice – one of the best in all of Rock and Metal – to craft ballads that will appeal to many different sorts of fans of Prog, Rock, Metal, and even Pop. No mere exploitation of a popular voice, Sinisthra clearly have something to say and are adding a most fruitful branch to the tree of Finnish Rock music. For that Cryptic Rock gives The Broad and Beaten Way 4.5 out of 5 stars. 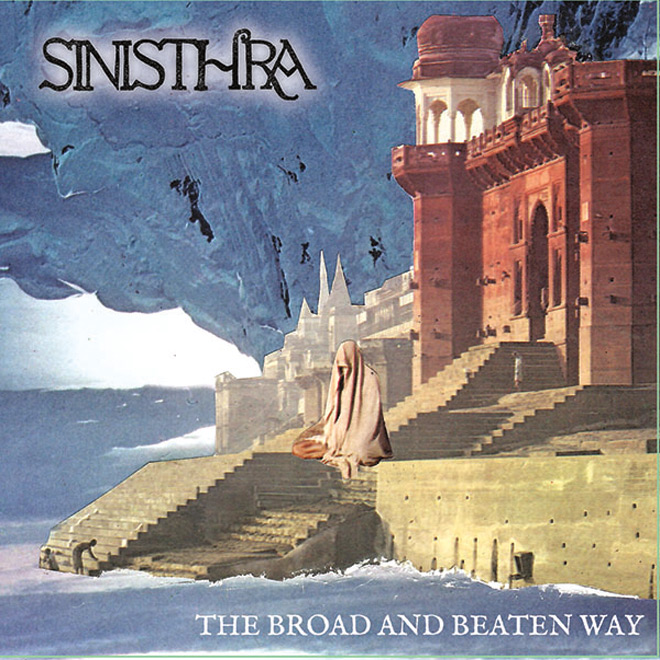