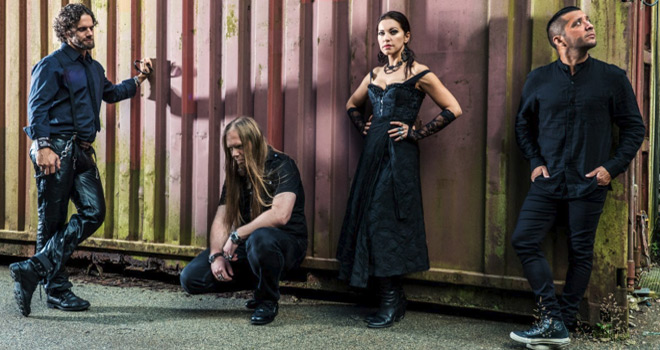 Evolution is the key to staying fresh in all genres of music. For Norway’s Sirenia, that growth has taken the form of bigger, more theatrical sonic distortions, orchestral arrangements, and melancholic emotions; an amalgamation of all things Gothic Metal.

Formed in 2001 by Gothic Metal genius Morten Veland, Sirenia is the phoenix that arose from the ashes of Veland’s beloved Tristania. Instrumental in co-founding Tristania, a departure was no easy course for Veland to navigate – emotionally or sonically. Sirenia, therefore, had to be a project that was worthy of moving Veland’s vision forward; a proper next step in the career of a Norwegian great.

Sirenia and Veland have clearly stood the test of time: with eight albums under their belts and countless world tours spanning the past fifteen years. The band has charted albums across Europe and North America, and 2013’s Perils of the Deep Blue peaked in the Top 20 on the UK Rock charts.

This year, in July, the band announced that they would be parting ways with longtime Vocalist Ailyn. After eight years and four albums together, it seemed a rather abrupt personnel change to anxious fans. Adding to the curiosity was a statement made by Ailyn herself, suggesting that she was not, in fact, part of the decision that led to her departure. In September, the band officially announced Emmanuelle Zoldan as Ailyn’s replacement. No stranger to the band, Emmanuelle has been performing as backing vocalist with the band since 2004’s An Elixir for Existence.

Stylistically, Dim Days of Dolor holds a similar structure to the group’s most recent albums. The album begins with “Goddess of the Sea,” a song that, lyrically, emphasizes the emotional aspects of greed. Musically, it has an atmospheric introduction that moves towards a slow, silent build-up with vocal enhancement added via the Sirenian Choir. Symphonic Rock and Gothic Metal tones collide, formulating a melody that coincides perfectly with Zoldan’s vocals. Poetically morbid and with a peaceful piano interlude in the middle of the song, this is the perfect introduction to a new Sirenia album.

As the gloomy emotions continue, the title track “Dim Days of Dolor,” reveals that death is near and “The grim reaper meets me in the doorway.” Melodically, the song moves with a passionate momentum as it opens up with strings, followed by surprising guitar solo, and then fading into distorted riffs and the final closing. “The 12th Hour” weighs in as the most abrasive track and easily one of the saddest songs of the album. Lyrically, Veland explores the fear of time and loss of control with words such as, “The clock is ticking, time passes away. Now tomorrow is yesterday. Life is slipping through my hands . . . Weeks and months just waste away. Year by year I feel more deprived. Thirty-nine and barely alive.” Musically, dramatic orchestrations, demolishing riffs, and dark, atmospheric tones spiral the emotion of this track into a chaotic and anxious wasteland.

As the album reaches nearly the halfway mark with “Cloud Nine,” it continues to delve further into the macabre. Showcasing the Sirenian Choir, a bold sound full of instrumental breakdowns and constant orchestration leads us through the dark, attempting to find a guided path toward the light.

Slower, softer keyboards permeate the opening lines of “Veil of Winter,” which poses questions about wrecked, lost hopes and dreams as the song builds to a guitar heavy crescendo. “Ashes To Ashes” continues with the lyrical theme of death, set to a captivating electronic arrangement accented by quick guitar riffs and sharp drum kicks. The question of what happened to humanity gets introduced during “Elusive Sun.” While the song moves in a slower direction, the instrumentation remains heavy and dark. While the band might play around with some new sounds and tempo changes, attempting to surprise their dedicated audience, overall they adhere to classic Sirenia sounds throughout.

As the album comes to a close, “Aeon’s Embrace” concludes with soft vocals and light piano work. Lyrically, Sirenia explore departing from the living world and having to leave behind a lover or the emotional loss that comes with a horrible breakup. Clearly, death and loss are both heavy themes throughout.

A beautiful collection of melancholia, passion, and detailed instrumentation is the cornerstone of Sirenia’s latest, Dim Days of Dolor; Veland has clearly kept his promise, creating a collection of “pure and utterly melancholy.” There is no other way to define or describe the power that this latest holds: somber and atmospheric, melodic and Metal, Gothic and emotional all apply. CrypticRock gives Dim Days of Dolor a 4.5 out of 5 stars. 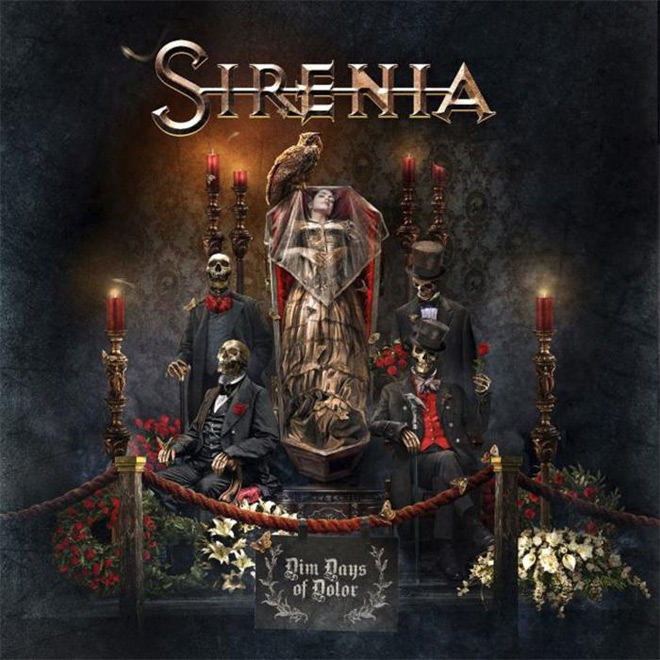