SIRENIA will release their new album “Perils Of The Deep Blue”, on June 28th. Artwork can be seen below. 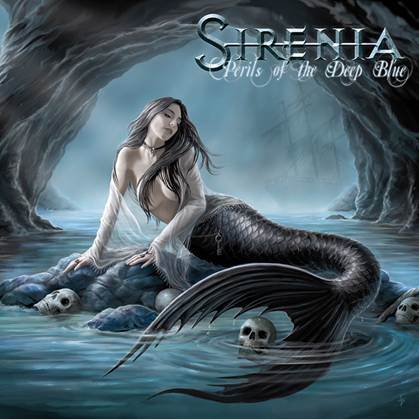 SIRENIA’s last album, “The Enigma Of Life”, was released on January 21, 2011 via Nuclear Blast Records.

In 2008, SIRENIA recruited singer Ailyn (born: Pilar Giménez García) as the replacement for Monika Pedersen, who left the group a year earlier after only one album due to “musical differences.”

Ailyn was best known as a former contestant on the Spanish version of “The X Factor”, the biggest television talent competition in Europe.