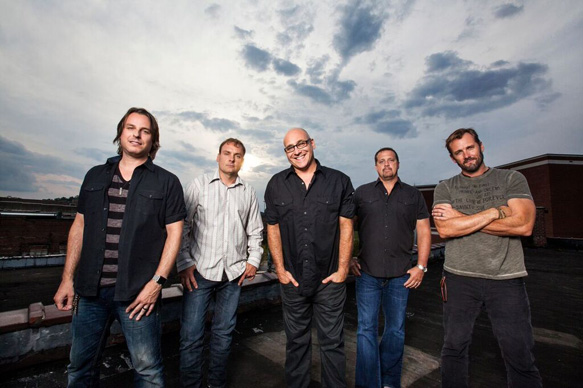 Alternative Rock band Sister Hazel interestingly took their name from a homeless shelter head, Sister Hazel Williams. Coming from Gainesville, Florida, the band unite Alternative Rock, Pop, Folk, Southern Rock, and good old Classic Rock for their unique sound they have called their own since 1993. Consisting of Ken Block (lead vocals/acoustic guitar), Andrew Copeland (vocals/rhythm guitar), Jett Beres (harmony vocals/bass), Ryan Newell (harmony vocals/ slide guitar), and Mark Trojanowski (drums), Sister Hazel debuted in 1994 with their self-titled album. The album boasted an earlier edition of “All For You,” a song which would become a big hit for the band. Then, three years later, the band attained mainstream success with …Somewhere More Familiar, a record which would go platinum and feature the full band version of “All For You” most recognize.

Following with a gold record in 2000, with Fortress, Sister Hazel has since pumped out one highly charted record after another, all breaking the top 200 on US charts. Now in 2016, they return with their first new album in five years, entitled Lighter In The Darker. Fourteen songs in total, the anticipated new material was produced by Nashville’s Chip Matthews (Lady Antebellum, Richard Marx) while co-written by the band in collaboration with legends, Lee Brice, Luke Laird, and Hillary Lindsey. Yet another piece of music in Sister Hazel’s history impossible to throw into one specific genre, Beeres has stated, “We’ll put out a record and go, ‘What is it? Is it Country music? Is it Southern Rock? Is it Pop? Is it college Acoustic Alternative?’ It doesn’t matter! It’s just us doing what we’ve always done.” A statement of truth, and now fans get to hear the end product with Lighter In The Darker.

The album begins with “Fall Off the Map,“ a head-bobbing beat accompanies drum clips as Block sings of just going, never minding where he and his love is going.  Next, “That Kind of Beautiful” continues the love and the pace as there is an urgency to the lyrical delivery, the emotion is so strong.  The melody gives the piano a chance to shine as it weaves in and around the guitars. Moving on to “Karaoke Song,” the track was co-written by former Hootie and the Blowfish frontman, Darius Rucker, Copeland, and songwriter Barry Dean. Rucker also sings on the track. This track rides a fine line between Country and Light Rock with a melody that lends itself to the song’s theme. Then, “Something to Believe In” comes in with the story guitar that is synonymous with Country. There is something hymnal to the piece as the group sings about holding on to the feeling of love when it is gone.

There is always a gray area when kissing a sot.  That gray area is what “Kiss Me Without Whiskey” is about with its Honky Tonk, knee-slapping melody as the group sings, “Bang bang, we got trouble” at the unpredictability of the drunk whether on, and especially off the bottle.  The tearjerker “Almost Broken” features artist-on-the-rise Jillian Jacqueline. This duet starts simply with a piano melody that invokes waterworks instantly, and then Copeland and Jacqueline start singing about the end of a relationship, and how it is affected them.

Changing gears, “Take It With Me” has a masculine heart as the Swing melody kicks in as the group reminisce about specific things and feelings in life they wish they could take with them into the afterlife. There is a bittersweet vibe to the track accentuated by the reverb of the guitar. “We Got It All Tonight,” co-written by Chris Destefano and Ashley Gorley from Music Row, and 2015 BMI Songwriter of the Year Rodney Clawson, is the album’s debut track. The mid-tempo tune has a simple sexiness as the guys sing about spending a night alone with just time.

A down-home melody brings in “Danger is Real” with banjos heading said melody as the group testifies that fear should not prohibit anybody from doing what they want. The dance floors will be full with “Prettiest Girl at the Dance” with its infectious beat and the ease of the lyric delivery.  Juxtaposing an upbeat melody with lyrics of lamentation, the song is about screwing up with the girl. “Thoroughbred Heart” was written by Newell in a simple acoustic piece where the group show of their harmonizing prowess as they simply sing about keeping faith to keep the heart strong.  There is nothing like taking to the road, just to proceed like “Run Highway Run” says. Again, listeners will be on the dance floor with this track as the guitars carry on, and the drums keep cadence.

The ballad “Back to Me” tugs the heartstrings as the instruments are present, but stripped down as the vocals shine. The group sings about hating when their love sleep with their backs to one of the guys, and if the relationship breaks up, they want reconciliation.  Bringing Lighter in the Dark to a close is “Ten Candle Days,” written by Beres, keeping up the band’s tradition of Beres writing the last song of the album; however, it was a first for him to sing.  This finale is the quintessential story song; acoustic, raspy voice singing about a mining family.

Sister Hazel has taken their musical roots, and done them proud, with Lighter in the Dark. If this is a representation of their lives from the last album…bravo.  Bravo, for being able to bring listeners into their world to laugh, cry, and dance.  For these reasons, CrypticRock gives Lighter in the Dark 5 out of 5 stars. 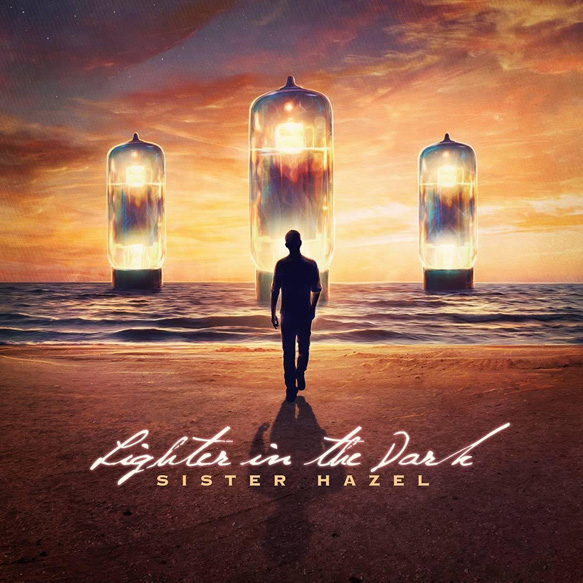