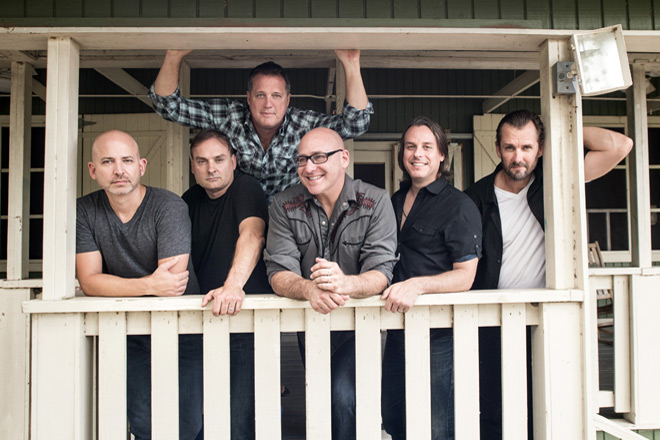 The twenty-five-year-old American band Sister Hazel may have not been able to soar as high or as ubiquitous as some of its sonic contemporaries like Gin Blossoms (“Till I Hear It from You”), Hootie & the Blowfish (“Let Her Cry”), and Toad the Wet Sprocket (“Fly from Heaven”, during its nascent years in the mid-’90s, but it became eventually one of the most enduring of the lot. Sister Hazel has remained active and productive, to this day still steadily floating within the Alternative Rock’s countryside radar and has ultimately endeared its music to the loyal enthusiasts of the genre.

Formed in 1993, in Gainesville, Florida, United States, by Ken Block (lead vocals, acoustic guitar), Jett Beres (bass, vocals), Andrew Copeland (rhythm guitar, vocals), Ryan Newell (lead/slide guitar, vocals), and Mark Trojanowski (drums), Sister Hazel has released nine studio albums, from 1994’s Alternative Country-classifiable self-titled to 2016’s Country-proper Lighter in the Dark, spawning a respectable number of chart-topping singles that included “All for You,” “Champagne High,” and “Change Your Mind.” Now, two years after touring the last album and recording new materials during breaks, the indomitable band is on to something fresh again. Taking advantage of the momentum and the members’ re-energized creative spirits, they are ready to release the results of such recent labor.

Titled Water, Sister Hazel’s new offering is actually only the first installment to a series of EPs, collectively called Elements, that the band has planned to release this year. It is slated to come out on February 9, 2018. It opens with the upbeat, sunny Alternative Country feel of “Roll on Bye,” sure to elicit an instant nostalgic smile on the face of the listener, as the melodies take him through a dusty road that leads back to some familiar memory lanes. “First Time” slows down the pace a bit, but its slashing electric-guitar interlude maintains the energy. Following next is the obviously heartbreaking, powerful ballad “You Won’t See Me Again,” which is actually about the fight with alcohol addiction of Guitarist Copeland’s brother-in-law.

“Shelter” returns the listener to the bright side—groovy, dancey, catchy… a possible future hit single. The misty roadside breeze then blows softly as the ensuing Post-Grunge-inspired “I Stayed for the Girl” plays next; it will fit well on a playlist that includes Nickelback’s “Photograph,” Theory of a Deadman’s “Santa Monica,” and Three Doors Down’s “Here Without You.”

The penultimate track, “More Than I Want To” is a perfectly placed slide-guitar-adorned ballad – near the end of Water but close to whatever is coming next, and which may serve as a relaxing soundtrack to a short video clip of black-and-white throwback childhood photographs. Finally, Sister Hazel treats the listener to a taste of the expected follow-up, in the form of an acoustic ditty titled “Elements, part 1 (Abilene.)”

According to Frontman Block, “Creatively, we are firing on all cylinders right now. I’m 100% sure that people will hear [our] excitement and energy instantly on this new EP.” Not only that, the contemplative listener will also surely get to feel the pensive sentiments that the members of Sister Hazel have inevitably infused into their new songs, effectively using the trying personal circumstances that they underwent in the recent years as inspiration. This heartwarming pot of compelling emotions is sure to flow like soothing water into the heart of anyone who will care to listen to Sister Hazel’s new sonic children. CrypticRock gives Water 4 out of 5 stars. 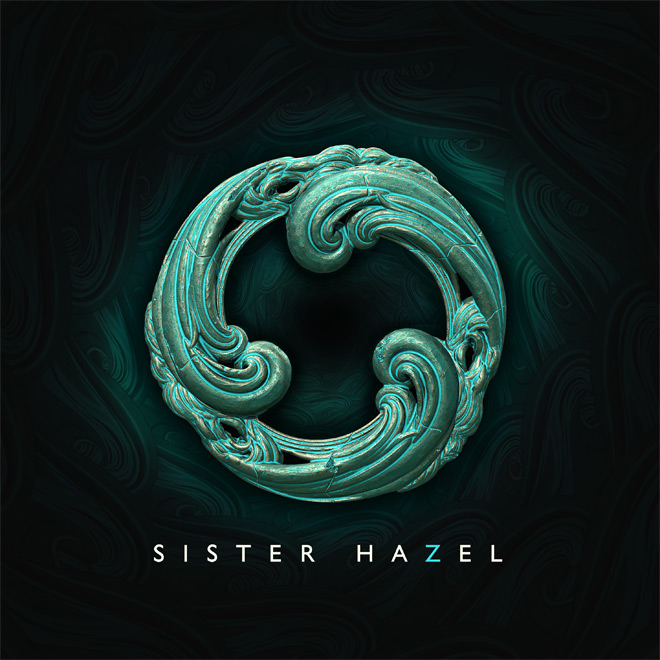 Heavy Water – Red Brick City (Album Review) Kings of Leon – When You See Yourself (Album Review)
Like the in-depth, diverse coverage of Cryptic Rock? Help us in support to keep the magazine going strong for years to come with a small donation.