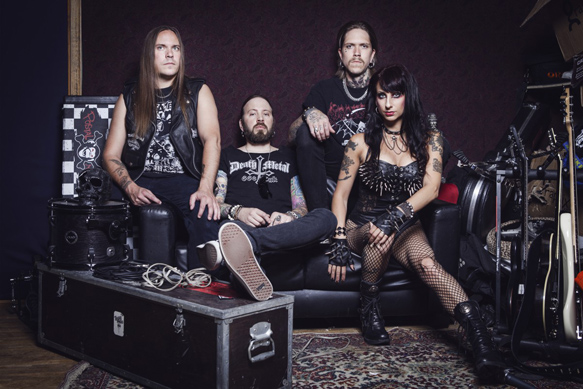 Sweden’s female-fronted band Sister Sin has been cementing its place at the top of the metal scene since 2002.   Though the band did not plan on having a female vocalist, they soon realized Liv Jagrell had more balls than any of the guys who tried out for the role. With Jimmy Hiltula on guitar, Strandh on bass, and Dave Sundberg on drums, the quartet sounds like they have a full symphony orchestra with them at times. Signed to Victory Records in 2008, their album Switchblade Serenades caught international attention, and the band became known as one with a throwback metal sound the scene could not get enough of.  Plugging away and touring all over, including cycles in North America, the band saw more success in 2012 with Now And Forever being their best selling album to date.  Once sharing the stage with bands like Lordi, Motorhead, and Alice Cooper, the band is back in 2014 with its fifth studio album Black Lotus.

Opening with “Food for Worms,” the tracks have a fury and rage that cannot be ignored. Their advice is brutally honest, with lyrics such as “fight fire with fire, cos fire’s fucking cheap.”  The single “Chaos Royale” follows, with a rabble rousing chorus and a rhythm that, when played live, will send all fists skyward, pumping the air. “Au Revoir” is more symphonic and epic sounding. It’s dark and menacing, while “Desert Queen” rocks its heart out, and “Count Me Out” is bitter and wrathful. “Stones Throw” races at breakneck speed, and its ferocity echoes through both the music and lyrics, along with its glorious guitar solo by Hiltula. The soulful style of “The Jinx” is impressive and heartfelt — a complete change of pace that is also a fine demonstration of Jagrell’s vocal ability and versatility. “Rules by None” returns to the heavier sound. With its huge chorus and rallying cry, it will have heads banging with passion. Lastly, “Sail North” contrasts Jagrell with some male vocals. The harmonies in the chorus are sublime, and it contains a sample of Swedish composer Eddie Meduza speaking in Swedish.  The song is certainly a proper Viking ending to a heroic album.

The one flaw Black Lotus has is that it is only nine tracks long, which means it has an energy and drive that are over too soon. Sister Sin are obviously planning on staying at the top of the Metal genre for a very long time with this record, which is full of style, substance, and plenty of variety that will keep the listener’s interest throughout.  CrypticRock give this album 4.5 out of 5 stars. 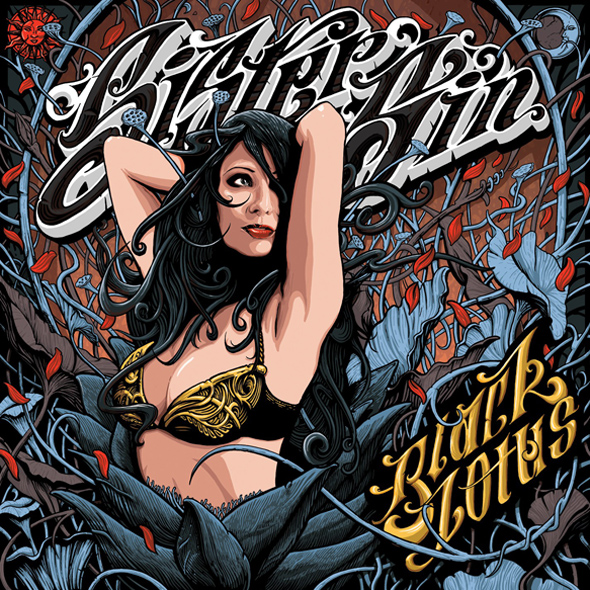