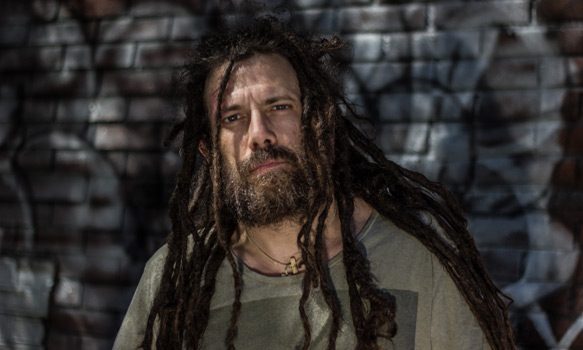 It is quite difficult to transition from American Death Metal kings Cannibal Corpse into another project. Original Vocalist and Lyricist for the aforementioned Cannibal Corpse, Chris Barnes did just that when he went off to form Six Feet Under in 1993 with former Obituary Guitarist Allen West. Initially a side project, Barnes eventually excited from Cannibal Corpse by 1995, devoting his energies to Six Feet Under ever since.

Begun with their 1995 debut, Haunted, Six Feet Under has unleashed one powerful Death Metal assault after another over two plus decades. One of the longest standing bands on the scene, each of their albums following Haunted has broke into the Billboard charts. Currently comprised of Barnes on lead vocals along with Jeff Hughell (bass, guitars), Marco Pitruzzella (drums), and Ray Suhy (guitars), Six Feet Under crawl to the surface once again with their latest effort, Torment. Their 12th overall album, Torment hit the airwaves on Friday, February 24th, via longtime label home Metal Blade Records.

Produced by Barnes himself, the twelve song assault gets right down to business opening with “Sacrificial Kill.” Beginning the album on a violent and gruesome note, heavy instruments focus the attention on the low vocals, cementing the effect. Up next, “Exploratory Homicide” enters with a high, but disjointed energy. Explosive, hard tempos scale the track easily preceding “The Separation of Flesh from Bone” taking over before more low, steady vocals that hits like a hammer to the heart.

Moving on like an unstoppable force, “Schizomaniac” feels just as hard-hitting as the previous track, but for small details, which make it feel a little whimsical. This is before “Skeleton” quite literally comes marching out of the madness as the lyrics dive deeper into the macabre. Grueling and steady, “Knife Through the Skull” is another solid track before “Slaughtered as They Slept” balances high with low as Barnes’ vocal contrast is a nice mix up.

Carrying on the torch, “In the Process of Decomposing” rocks and sways prior to “Funeral Mask” keeping the album charging forward with smooth transition into “Obsidian” with revving guitars. This time, the contrast is illustrated with bouncier tempo and black emotion. Saving more surprises, a stomping catchiness engulfs the graphically titled “Bloody Underwear” with a fast-paced, balancing moments of calm and the chaos. Closing it all out, “Roots of Evil” matches the energy of the previous songs, but lyrically comes across as a more serious warning, while matching the tempo and vibe of the previous tracks.

Overall, Torment has some great songs, with a good balance of utter madness and crunching grooves that separate them from others in the genre. Several elements of the album really pull together well while others feel very similar to one another. That said, the songwriting team of Hughell and Barnes continues to shine extremely well with Hughell handling the music compositions and Barnes the lyrics. Dig in Six Feet Under fans, the band continues to offer lean, mean Death Metal well-worth checking out. For these reasons, CrypticRock gives Torment 3.5 out of 5 stars. 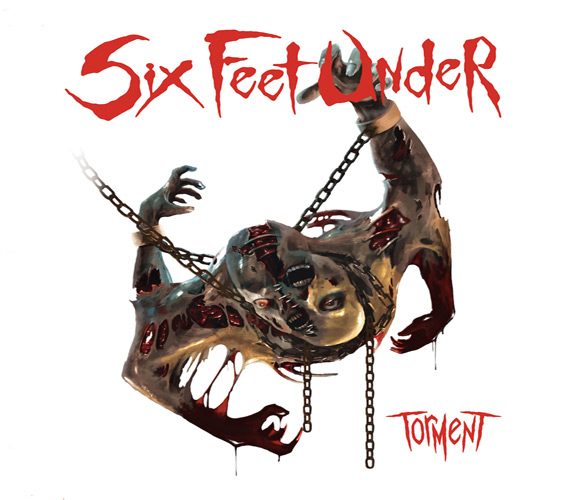