You Me At Six – Night People (Album Review) 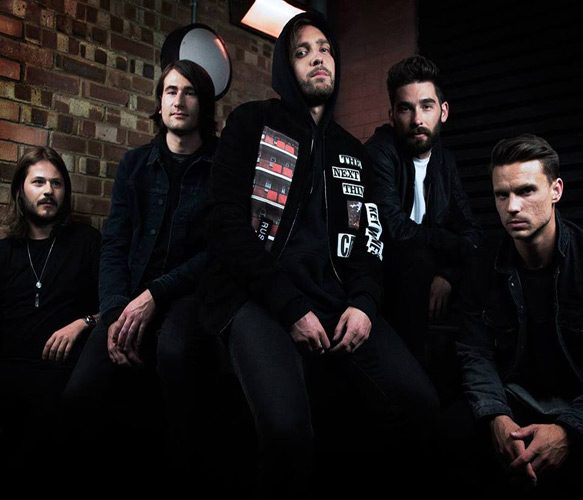 Formed back in 2004, in Weybridge, UK, when still in high school, You Me At Six has embarked on an interesting musical journey through the years. Begun with Vocalist Josh Franceshi, along with school friends, Guitarist Max Helyer, Guitarist Chris Miller, Bassist Matt Barnes, and Drummer Joe Phillips, before things took off, Phillips left ushering in new Drummer Dan Flint.

First finding in 2008 with singles “Save It For The Bedroom,” “Kiss & Tell,” as well as “Finders Keepers,” all of which were regularly played on channels such as Kerrang TV and Scuzz, You Me At Six were well on their way. Since that time, they have churned out one successful record after another including 2010’s Hold Me Down, 2011’s Sinners Never Sleep, and the international breakthrough, 2014’s Cavalier Youth.

Riding high off the success of Cavalier Youth, an album which saw the band chart in the USA for the first time, looking forward, they took time away from limelight, enabling them to focus on songwriting, recording, and creating the best material they could.

Making use of Flint’s new home recording studio, early on, they created a massive fifty plus songs to choose from. Trimming it down to ten handpicked tracks, they took on their fifth studio album, Night People. Released via BMG Records, the Jacquire King (Kings Of Leon, James Bay) produced album was recorded in Nashville, Tennessee over a number of weeks in February and May 2016, with the work finally seeing the light of day on January 6, 2017.

Beginning with title-track, “Night People,” it has a Hip-Hop energy, due to the influences of what they were listening to at the time. It certainly has some attitude, some swagger, as well as plenty of confidence. That in mind, the music is given space to breathe, making it not over-played, but understated and mature. Then, “Plus One” is a lust-filled track, and these are hot-blooded young men know what they want, which is very apparent in the very honest lyrics. Furthermore, “Heavy Soul” has more emotion, more tenderness, and a feel of something bigger. The music itself is powerful and has a vastness that is hard to describe other than to compare it to the enormity of a Texas skyline.

Working with touring Snow Patrol Guitarist Iain Archer, he offers his input on the slow and moody “Take On The World,” which some may say is “Chasing Cars” reimagined. This is while Archer’s contribution on “Brand New” evokes a classic Indie Rock summer anthem feeling. The influence is very strong, swamping the elements that are You Me At Six where Franceshi’s vocal are most recognizable. More like their own sound, “Swear” has the fury and punch of the angry young men they revealed on Sinners Never Sleep. While one of the shortest songs on the album, it is also one of the most potent.

Showing more diversity, the chorus of “Make Your Move” is very reminiscent of Imagine Dragons’ hit “Radioactive.” Still possessing its own original vibe, it should be a big winner live and it would work well with audience participation thanks to powerful drum beats. This is before “Can’t Hold Back,” which is a love breaks down song. With a sense of resignation, rather than the pain of young love, the track has a more sober and bitter feeling. Possibly the most memorable track of the album, “Spell It Out” is extremely powerful. Well-done, it is complemented by a hook that will grab listeners and drag them along. Lastly, “Give” has elements of Kings Of Leon within its structure. Featuring a slow build up and climactic end, it gives drama to the finale of the record.

One thing impossible to ignore is how short Night People seems. With ten songs making up just thirty-five minutes of music, considering they had so many songs to choose from, one has to wonder why they did not make it longer. Is there possibility of a follow-up album sooner rather than later? There seems to be a lot of experimenting with different sounds here, and You Me At Six seem to be spreading their wings and exploring options and styles. This in mind, some You Me At Six fans may struggle with Night People upon first listen. Possessing different tones and certainly much darker than their previous efforts, each song is well executed.

Not to be overshadowed, the sounds they create makes Night People a lovely listen. They have graduated from the school room they formed and embarked on a journey of discovery to find their adult sound. This album is very much a transition from youthful angst to young men seeking their place in the world, and that place is a potential headline act at stadiums.

The positives of their growth is Night People has energy while Franceshi’s voice has matured into something rich and emotional, assisting in him expertly conveying the mood of each song. A list of songs that should work really well on the live circuit, You Me At Six are taking the right steps forward. CrypticRock gives Night People 4 out of 5 stars. 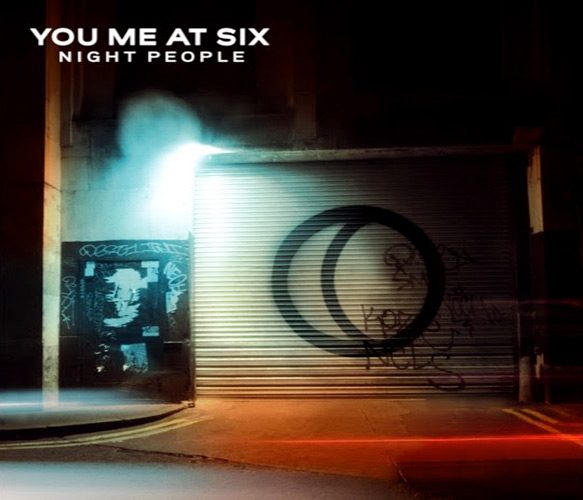