The world is still full of mysteries that have not been solved yet. As a result, those in the population who wish to dive deeper into the unexplained mysteries have come up with multiple theories as to why and how things happen or appear as they are; to the individual these explanations make perfect sense, but to the world at large rarely do they rise to fact. Sky quakes, loud haunting sonic boom like sounds suddenly radiating from the sky, are one of these that have multiple witnesses over a span of continents and centuries, yet there is still no answer as to its origin. Sandy Robson (Rise of the Planet of the Apes 2011, Swindle series) in his debut as the writer, director, producer, and leading man, has thrown his hat into the ring with the new Sci-Fi Thriller Skyquake. An offering from the production companies Pirate Rum Company and Smoking Barrell Pictures, as of April 4, 2017, Skyquake became available on VOD for audiences to check out. 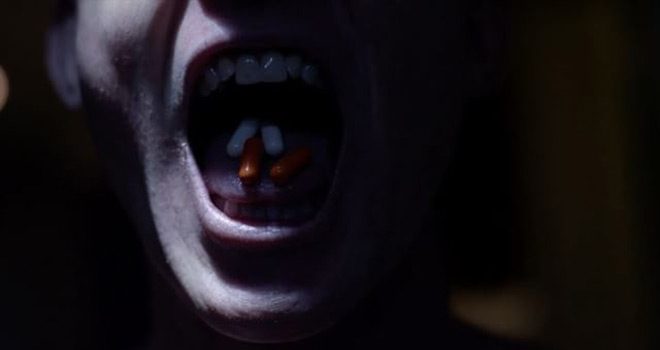 As the opening credits roll, images of actual videos of these Sky quakes are introduced followed closely by the tag line “based on true events.” It sets the film up to be in the vein of a Found Footage story, but it is proven that this will not be the case. If the unexplained was not unsettling enough, Adam (Robson), the purposely hairless, fairly emaciated, and painfully pale lead character is introduced.

Wearing only tighty-whities throughout most of the film, Adam quietly shuffles through his daily routine. It is obvious that he is suffering from serious mental issues like OCD, bulimia, and agoraphobia. He is fixated on the number four; from the number of dishes he owns to the exact time he must wake up. According to the notes on his bathroom mirror and the lecture he listens to while running barefoot through the woods, his life is all about maintaining control. It is during one of these runs that Adam first encounters the sky quakes. 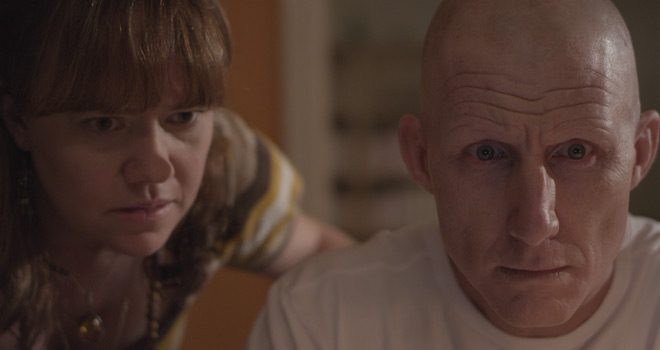 Adam has little contact with anyone from the outside world. He lives in the basement of a home in the middle of the woods. These are the only two backdrops of the entire film. Adam does not associate with people like a normal person. His cell phone rings constantly from Her calling to check that he is eating and taking care of himself (he is not). The only other contact he has is with Grace (Bronwen Smith: Diary of a Wimpy Kid: Dog Days 2012, No Men Beyond this Point 2015), a neighbor that brings him baskets of fruit and vegetables (four of each) daily. It is Grace that he decides to confide in about his experience. Nothing seems to phase Grace. Her only motivation is to aid Adam in his quest for answers, even if it puts her squarely in the line of danger. Grace appears to gain strength as Adam continues to decline in both physical and mental health.

As Skyquake continues, the two of them use the Internet to dive deeper into the mystery of the painful sounds from the sky and the reason they seem to be after Adam (wake or asleep), almost inviting the darkness behind the sounds to consume them. The film takes several twists and turns as it sometimes seems to crawl its way to a resolution. Things that would make a healthy person question does little to deter the couple from diving deeper and deeper into the rabbit hole. It is the unknown that captures the viewer’s interest and remain on the edge of its seat. The sky quakes are not the only disturbing sounds used in the film. The soundtrack is so unsettling, it invokes the feeling of skin crawling. Though seemingly simplistic in style, there is nothing present that is not vital to the plot or the ultimate reveal. The viewer is intended to feel uncomfortable throughout. 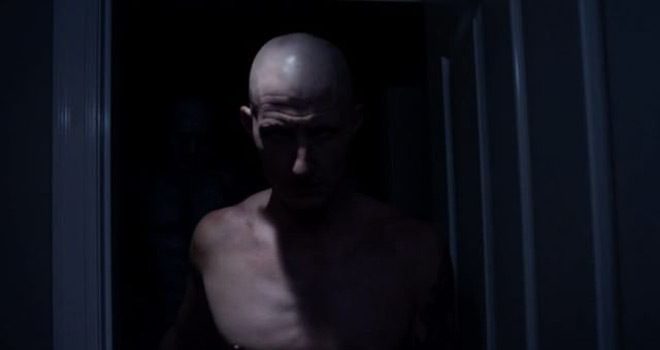 The questions are – Is Adam really hearing these disturbing sounds? Is he being hunted down by aliens? Demons? Something else unexplained? What is Grace’s connection to it all? Why is she so willing to accept everything unusual surrounding Adam as almost normal? Is he merely breaking apart and falling into a deep pit of madness, taking Grace along for the ride?

As Skyquake progresses, it is difficult to pinpoint exactly which one of these is true. Robson’s acting brilliantly shows the despair and confusion that is being thrust on the viewer, and Smith’s wide-eyed determination creates the perfect foil. It is not until it seems Adam cannot take anymore that the truth is revealed. That said, the twist is definitely not expected, but as flashbacks prove, makes perfect sense-leaving no question unanswered. It leaves the viewer questioning everything that was shown and what was thought to be factual. It is for these reasons that CrypticRock gives Skyquake 4.5 out of 5 stars. 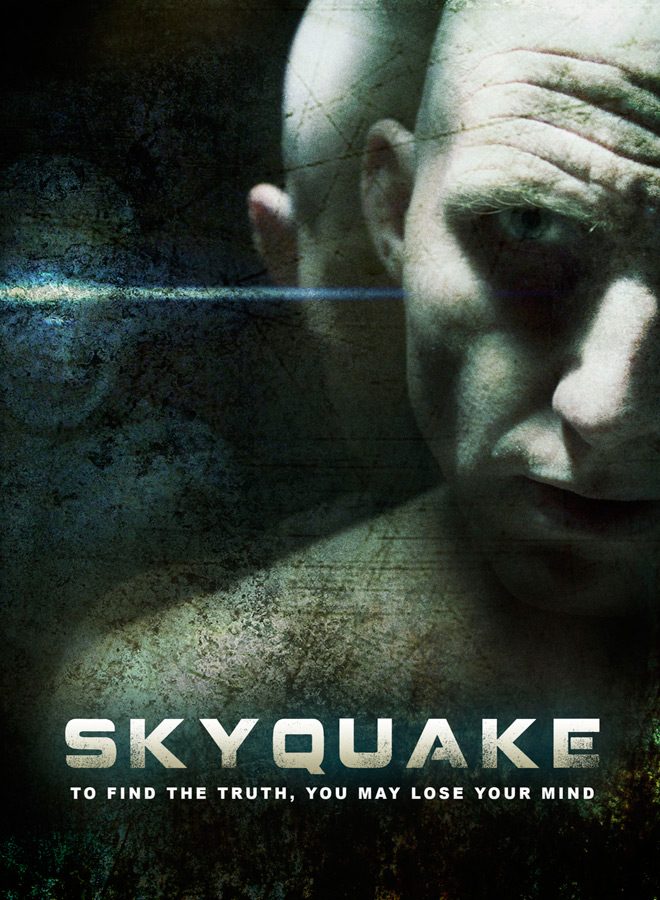