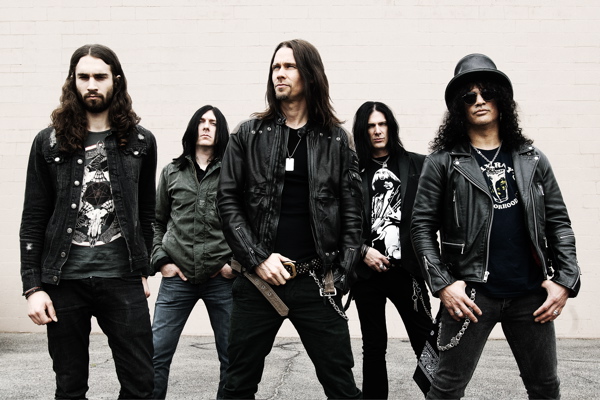 Since the mid-1980s, the guitarist known as Slash made an impression in Hollywood clubs in and around the Sunset Strip. Now earning himself the title as one of the best rock -n- roll guitarists, he has his own star on the Hollywood Walk of Fame and was inducted into the Rock and Roll Hall of Fame in 2012 as a member of Guns ‘N’ Roses.  Removed from the aforementioned Guns ‘N’ Roses now since 1996, Slash began his solo career in 1994 with Slash’s Snakepit, releasing two albums in 1995 and 2000. Spending a great deal of his time in super group Velvet Revolver, it was not until a decade later in 2010 when he release his next solo album simply titled Slash, having various singers and musicians playing, contributing their skills to the project.  Two years later Slash unleashed Apocalyptic Love, this time around with his band comprised of  Myles Kennedy of Alter Bridge and The Conspirators, Brent Fitz, formerly of Union on drums, and Todd Kerns of Static in Stereo and Age of Electric, on bass. Going back to what has worked so well, Slash and the same band join forces again for 2014’s World On Fire. The album features production by Michael “Elvis” Baskette who has worked with Kennedy in Alter Bridge, Eve to Adam, and Limp Bizkit.  Before even giving World on Fire a spin, immediately the colorful, intricate, and animated artwork jumps right out.

Right from the intro and title track, “World on Fire”, the guitar playing raises the bar high for what the audience expects to come for the rest of the album. Being the first single released off the album, Slash and his band played it on their tour with Aerosmith throughout the summer of 2014. It is such a strong tune to open with a fast pace and lyrics that are so triumphant that no fan could be disappointed with it being properly placed in the track listing.   The track “30 Years to Life” is another tune introduced to fans prior to the album’s release. The intro, and only that, gives off the same as the beginning of “Paradise City” featuring strong drums followed by Kennedy’s vocals, then Slash playing the guitar lightly.  This being the case, the whole life of the song is completely different from this point on, having its own vibe, and does not continue on with the aforementioned tune referenced. “Beneath the Savage Sun” is another impressive song that opens up the eyes, mind, and wonder with its dark, thumping, tribal rawness. The song features deep bass, pounding drums, but yet a very speedy furious chorus. It was just announced that Slash will be partnering with International Fund for Animal Welfare for the video produced for this song to help raise awareness against animal poaching.

Summing up the entire listen of World on Fire, the highly publicized statement that “Rock is Dead” is simply not factual as Slash proves it is alive and well.  There are no surprises, just a straight-forward, kick-ass, heavily guitar-driven, no frills rock. World On Fire is the type of album fans have come to expect from Slash. Fitz’s drumming is on point and could not be any better.  Kennedy puts on a stellar performance as well and validates why he considered one of the best vocalists in modern rock-n-roll.  Complementing him, Kerns helps create a dynamic duo that no music fan could ask for anything better singing-wise. Having been two plus years since Apocalyptic Love, this new album gives fans seventeen high quality songs, which is impressive considering most modern rock full-length albums tap out between 9-12 songs. CrypticRock gives World on Fire 4.5 out of 5 stars. 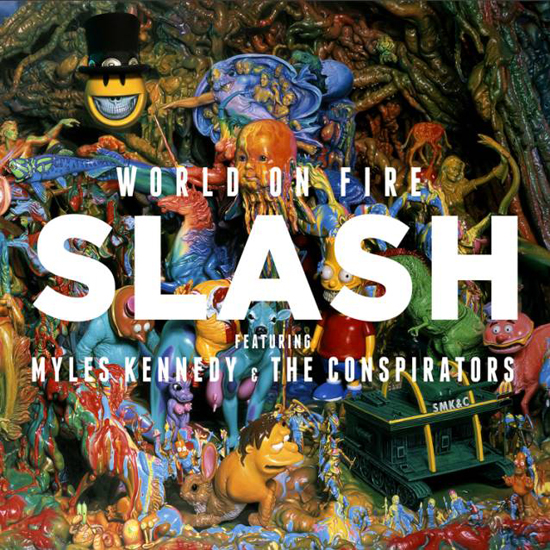