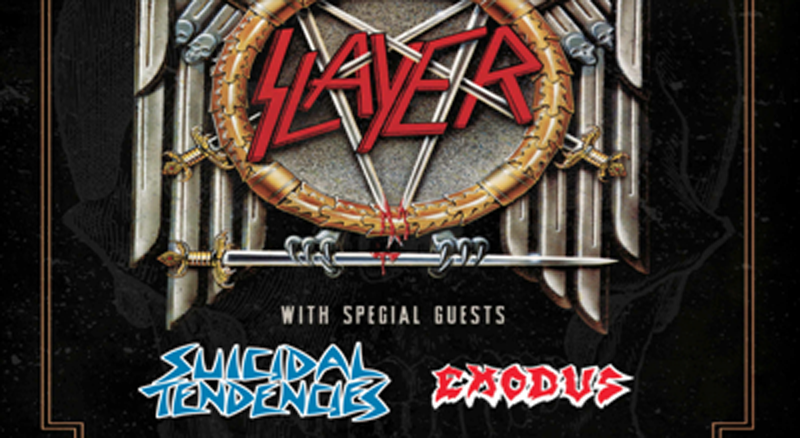 If you’ve ever wanted a lesson in true thrash-punk-metal, the wait is over. Bay Area thrash legends EXODUS are proud to announce their participation in this monumental upcoming tour with headliners SLAYER and additional special guests SUICIDAL TENDENCIES. This metal-head’s “dream tour” kicks off on May 9th in Salt Lake City, UT, and hits six more cities, including a stop at the world-famous Rock On The Range festival on May 17th in Columbus, OH.

Don’t miss all of the moshing, thrashing and headbanging— tickets are on sale as of today! Not only is this one of your first chances to see EXODUS in 2014, but this is the very first time that SLAYER and SUICIDAL TENDENCIES have toured together since the 1990 European “Clash of the Titans” tour.

Gary Holt will perform double-duty on this run as guitarist for his band EXODUS, while also filling in for SLAYER’s fallen guitarist Jeff Hanneman.

Gary Holt states, “I am very excited to announce EXODUS will be joining SUICIDAL TENDENCIES and the mighty SLAYER for a short trip including a special performance at Rock on the Range! Double duty will have never been so much fun! Looking forward to this one in a big way! Let the mayhem begin!” 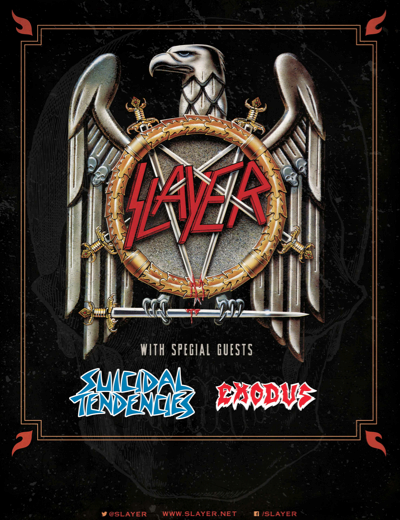