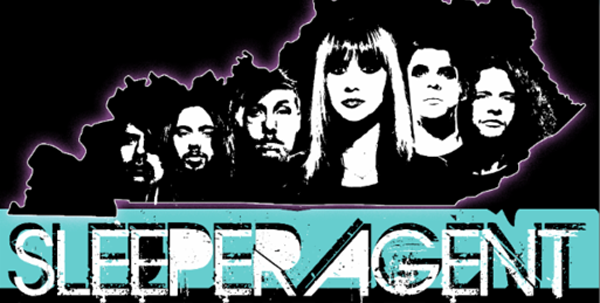 Sleeper Agent today announced they would embark on their first ever headlining tour this April kicking off on April 8th in Lansing, MI at The Loft and winding down April 29th in San Diego, CA. Holychild and Pagiins will support. Tickets for all dates will be available for purchase beginning this Friday, March 7th at 10:00 AM local time. Sleeper Agent will appear next week at South By Southwest music festival in Austin, TX and the band was included in NPR Music’s list of the “festival’s best discoveries.”  A full list of dates can be found below.

“We are thrilled to announce our first headlining tour, and share our new record About Last Night with all of you!” said Sleeper Agent’s Alex Kandel. “We can’t wait to hit the road with Holychild and Pagiins, and we’re looking forward to seeing you all.”

Sleeper Agent is touring in support of their forthcoming second album, About Last Night, which will be released on March 25th on RCA Records / Mom & Pop. The album is available for pre-order viaiTunes, Amazon, and the band’s website. The album’s first single “Waves” premiered via Rolling Stone and is available for free download HERE. Click HERE to watch the music video for the track, which premiered via VEVO.

About Last Night will follow up Sleeper Agent’s heralded debut album Celabrasion, which was released by Mom + Pop in 2011 and immediately garnered the affectionate attention of the blogosphere straight to the top of the national music media – leading to prominent features on the pages on SPIN, Rolling Stone, Alternative Press, Guitar World, Los Angeles Times, and many more.Rolling Stone hailed them as a “Band To Watch” and the group was named the #2 Best New Band in the annual Rolling Stone Reader’s Poll. Sleeper Agent also won MTVu’s Freshman Award in February 2012 and singer Alex Kandel was one of six artists to be nominated for Rolling Stone’s “Women Who Rock” contest in 2012. The band toured nonstop through out 2012, sharing the stage with Weezer, Fun., Grouplove, Young The Giant, Ben Kweller, The Joy Formidable, Manchester Orchestra, Circa Survive, Company of Thieves, and more. The band recently wrapped a U.S. tour supporting New Politics and Magic Man.