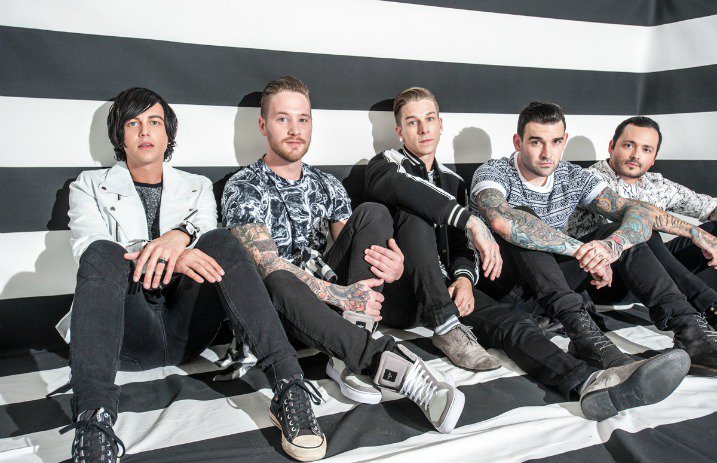 Out of the sunshine state of Florida comes a group of musicians who are full of passion and raw talent, they call themselves Sleeping with Sirens. Formed in 2009, the band has been labeled everything from Post-Hardcore, to Alternative Rock, to a Pop Rock sound. From their 2010 debut, With Ears to See and Eyes to Hear, to the most recent album, 2015’s Madness, Sleeping with Sirens has grown musically. No band discography is complete without a live record, and now, for the first time ever, Sleeping with Sirens offers such with their 2016 release, Live and Unplugged. Including songs from previous albums With Ears to See and Eyes to Hear, 2011’s Let’s Cheer to This, 2013’s Feel, Madness, and two cover songs, the album was released back on April 8th via Epitaph Records. Coming together during Sleeping with Sirens’ early 2015 summer tour, their second acoustic release, the first being the 2012 EP If You Were a Movie, This Would Be Your Soundtrack, Live and Unplugged offers a unique live, organic sounding record that is bound to make fans feel closer to the band.

Begun with fan screaming, trying to get Kellin Quinn’s attention, thankfully the distraction stops once Quinn’s vocals kick in for “With Ears to See, and Eyes to Hear.” Met by a beautiful background sing-along, Quinn’s vocals and the acoustics blend perfectly on this track. Quinn then introduces “If I’m James Dean, You’re Audrey Hepburn,” a fan-favorite and one of the most well-known Sleeping with Sirens songs. Explaining to the audience it is a love based song, and how it was one of the first songs he ever created with the band, this moment allows for everyone get a little closer to the band. Changing the arrangement up instrumentally, the live acoustic rendition sounds more expressive. A very good song, acoustic or not, in this version it seems Quinn’s voice does not exactly align well with the Jazz-like groove.

Before introducing “Gold,” Quinn playfully engages the audience, talking about getting Taco Bell or whiskey. For this track, the acoustic sound is almost identical to the original recording. In addition, Quinn’s vocals are absolutely stunning in the live setting. Then they go into fanbase anthem “The Stray,” which again acoustically almost mirrors the original. Moving forward, Quinn goes on to say, “This song is about being a dad” to introduce “Free Now,” and the audience cheers joyously. As he begins, the listening audience at home can almost feel the tension, even though they are not actually in the room where it was performed. Minus the initial cheer, the audience turns calm and quiet. Then, fading in, the crowd begins to sing along before the pace gets faster, filled with nothing but true raw emotion. Adding some light moments to the record at the end of the song, a fan screams, “Kellin, do you love me?” To which Quinn replied, “I do, but in a friendship way.”

Six songs into the set, “Who Are You Now” starts off with emotional yells from the crowd before the band begins playing. Changing things up for this live version, it is almost unrecognizable from the original as the reworked melody collaborates magically with Quinn’s voice. However, once the chorus comes in, it resembles the song everyone knows. Then comes the Pop Punk groove “Go Go Go,” which is actually a lot more upbeat acoustically. Here, Quinn lets the crowd sing the chorus, and it creates a very groovy atmosphere.

No acoustic album is complete without some cover tracks, and as mentioned, Sleeping with Sirens tap into that first with a rendition of Sublime’s hit “Santeria.” They turn the ’90s track into a more modern Pop Punk piece, and it is easy to tell they had fun performing it as Jack Fowler offers up an incredible guitar solo. Thereafter, “Save Me A Spark” is performed. While the original is filled with nothing but emotion, the acoustic version amps that feeling up and it will stun listeners. The song is very heartfelt and Quinn connects on a higher level with the audience.

Unlike the Sublime cover, Sleeping with Sirens fans have heard the band’s cover of Goo Goo Dolls’ “Iris” in the past. A tremendous track, Sleeping With Sirens add their own little twist as Quinn’s vocals are nothing less than angelic as he reaches a higher vocal range, that most girls cannot even hit. This leads to the finale where Quinn introduces “If You Can’t Hang,” providing insight behind the track. Not altering the song too much from the original, it is simply just acoustic based, and that sounds delightful as the audience joins Quinn in the singing for most of its playtime.

It is no secret that Sleeping With Sirens are no strangers to acoustic based compositions. With that said, not only do the acoustic performances on Live and Unplugged sound good, but most create their own life separate from the originals. Sometimes a live record can be overproduced, simply taking all the elements of an actual live performance out of the equation. Thankfully, there is enough live vulnerability felt throughout the album and it a wonderful addition to any Acoustic Rock fan’s collection. CrypticRock give this album a 5 out of 5 stars. 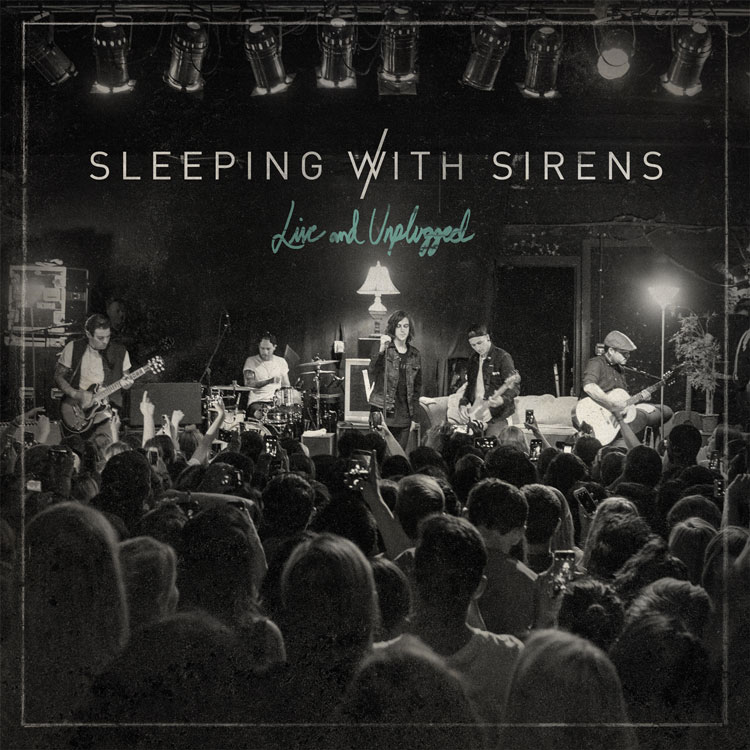