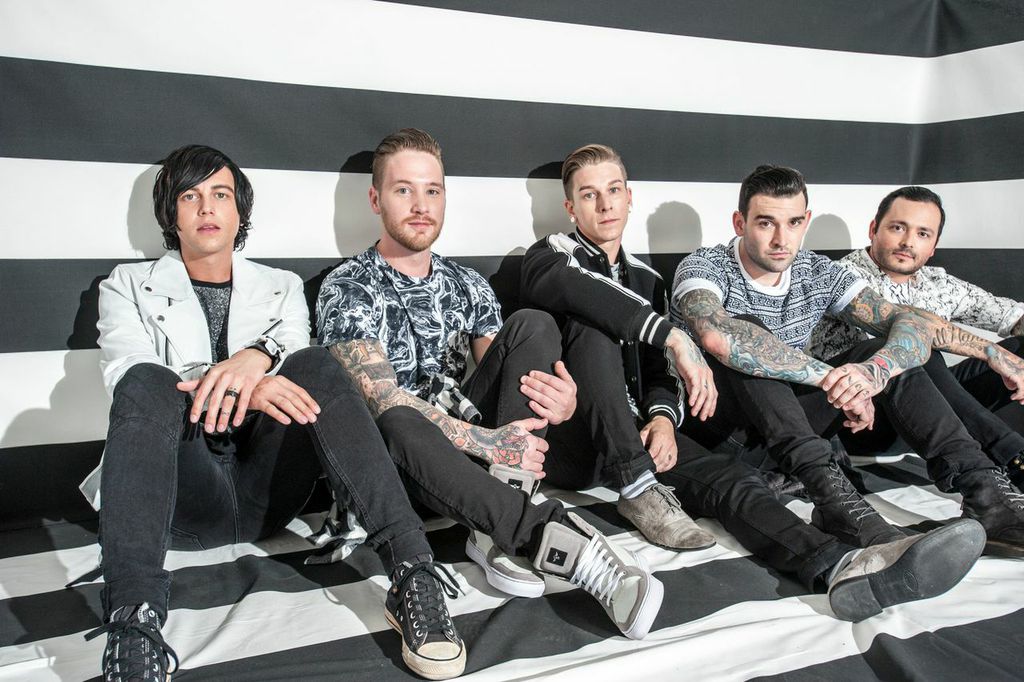 Those who say a band cannot interject several musical elements into one album, they are wrong. Forming in 2009 down in Orlando, Florida, a band by the name Sleeping With Sirens proves just how much Rock, Pop, and Post-Hardcore they can put into one record. Not only have they changed their sound throughout the past six years, but their fanbase has rapidly grew in a short amount of time. While the lineup has changed, the mission has not, and the current members are Lead Vocalist Kellin Quinn, Bassist Justin Hills, Lead Guitarist Jack Fowler, Rhythm Guitarist/Vocalist Nick Martin (who was also in the band Cinematic Sunrise), along with Drummer Gabe Barham.

Releasing their debut album, With Ears to See and Eyes to Hear, through Rise Records in 2010, the album launched at number 7 on Billboard’s Top Heatseekers Chart and number 36 on Top Independent Albums. A year later, on May 10th, the band released their second album, Let’s Cheers to This, and in 2012 they issued their first EP, If You Were a Movie, This Would Be Your Soundtrack. Following up, 2013 saw the release of Feel, the band’s third album, which received a good amount of high ratings, while being placed at number 3 on the US Billboard 200 Chart, number 14 on Australian Album Charts, and number 36 on UK Album Charts. On November 10, 2014, it was announced the band signed to a new record label, Epitaph Records. Shortly after, approximately four months, the band released their fourth album, Madness, on March 13, 2015. The album all Sleeping With Sirens fans were dying for, Madness is self-produced by the band with John Feldmann, filling the album with radio-gold anthems.

Madness starts off with a Post-Hardcore element filled song called “Kick Me,” which is a great song to start the album with. It is a track that will make the listener want to scream and shout with the amazing guitar riffs, upbeat rhythm, and aggressive vocals. The next tune is “Go Go Go,” which shows Sleeping with Sirens never fail to make a catchy melody, with steady drum beats during the chorus. “Gold,” the third song, is one of the many upbeat ballads on the album and it is fair to say it is more Pop than Punk. The next tune, “Save Me A Spark,” is not very upbeat or Punk, but it has got a great Pop vibe and rhythm to it. This would be a song that some would play when they are having a bonfire with a group of friends. This leads into Quinn singing with raw emotion on the cut “Fly” with lyrics, “I wanna fly, I’m ready to burn down all these walls that I’ve been building up inside.”  Moving right along, “The Strays” is undoubtedly one of Sleeping with Sirens best songs, lyrically and musically. Joyful melodies, acoustic guitars, and live strings, what more could one ask for in a Pop vibe song? With that said, the song can relate to almost anyone at any age, especially if they ever had a time in their life where they were uncertain of things.

The second half of Madness starts off with a track called “Left Alone.” While the song is okay, some may view it as more like a filler for the album. It is not to say it is a bad song, lyrically or musically, but it does not have an addictive vibe like the previous six tracks. In contrast, “Better off Dead” is the best song on this album. While many songs on this album is very Pop-based, and slower, this brings out the Post-Hardcore talent Sleeping with Sirens have. This piece also has probably the deepest lyrical writing with dark words like, “Maybe I’m better off dead, if I was, would it finally be enough, to shut out all those voices in my head.”

The band keeps the Post-Hardcore element going with “We Like It Loud,” and the song does and says exactly what the name says. It has hints of pure Rock goodness, while throwing it back to the old Sleeping with Sirens sound. “Heroine” bringing the sound back to a slower pace and more of a Pop tune. Most people will probably think, “Oh great, another band using the heroine/drug allusion” and while ridiculous how many bands use it, Sleeping with Sirens did a pretty good job pulling it off. Certain lyrics from the song give listeners an imagination as to what they are talking about, without being provocative.  The eleventh track of the album is called “November” and it is another ballad which will bring the audience a feeling as if they are in a movie looking out a car window while it is raining. Then there is the album title track, which is once again another ballad, but, that is not a bad thing. With nice soft vocals throughout the song from Quinn, he begs in a whisper tone, “Please don’t lose your faith in me,” in the end. With that, Madness closes out with “Don’t Say Anything” on a pretty high note. The edginess and heavy tone of the instruments makes it seem like the lyrical content would be the same as “Kick Me.” However, the song is more like a love or breakup song.

Sleeping with Sirens definitely knows how to not only satisfy their fans, but to keep true to the sound that they want for themselves. Madness has a way of being a crescendo in beats, but also being a decrescendo. The band undoubtedly has fantastic lyrical writing and musical  talent. Madness shows just how Sleeping with Sirens can make tons of hits in one album, and also shows how much of a variety they can put into one album. There is at least one song on the album for everyone, whether one is into Rock, Pop, or Post-Hardcore. CrypticRock gives Madness 5 out of 5 stars. 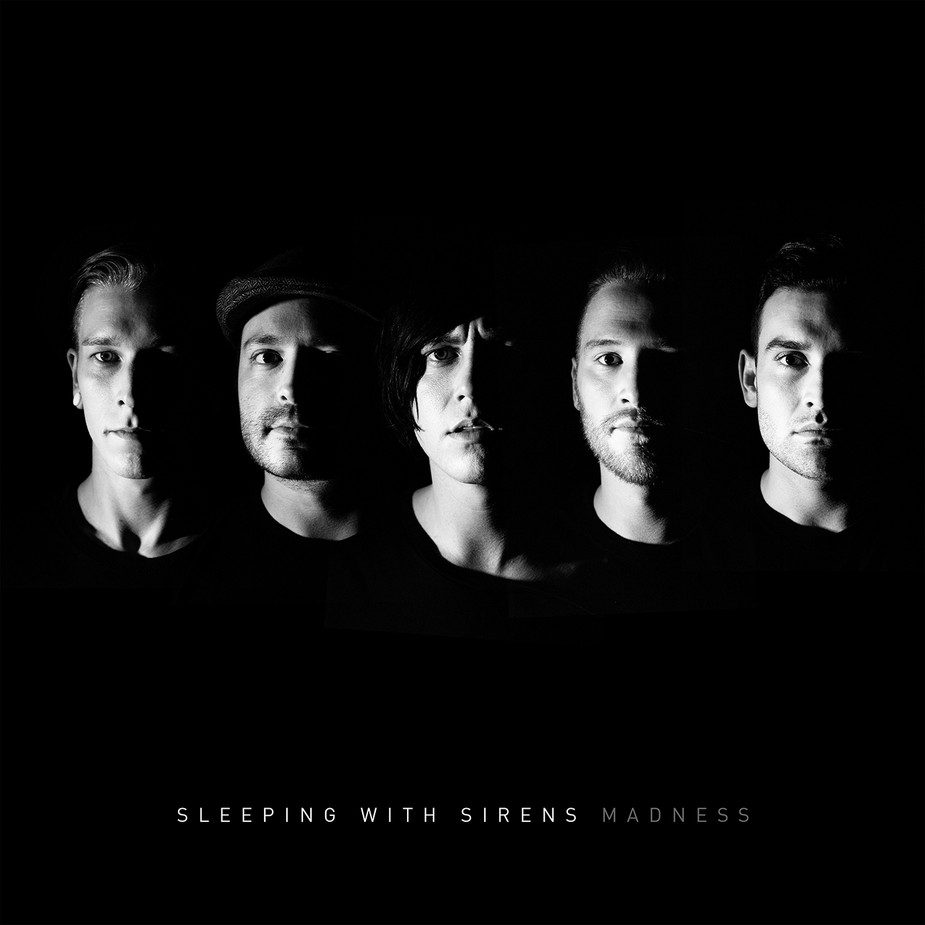