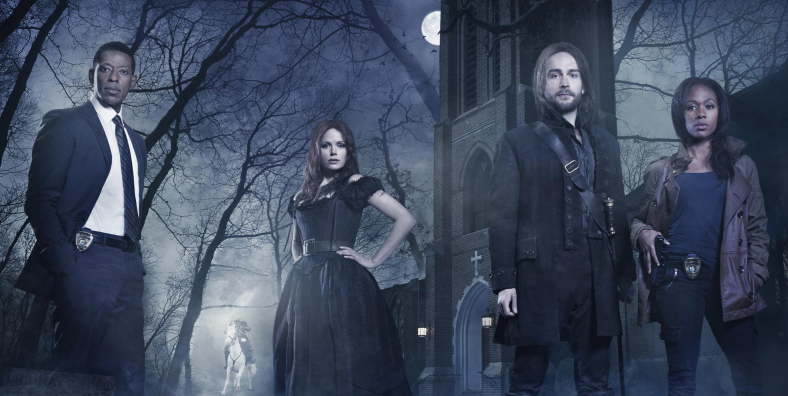 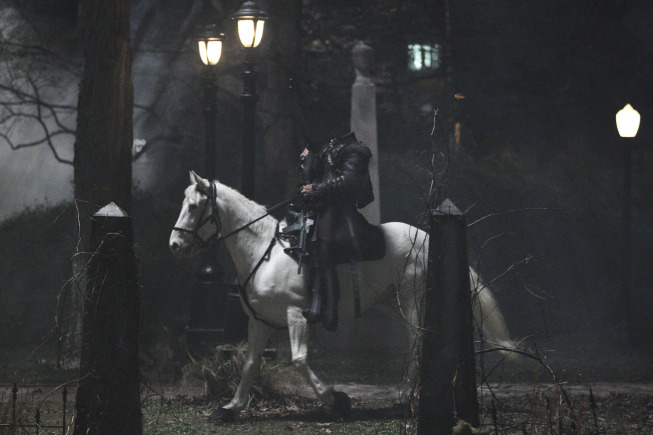 The headless horseman is resurrected alongside Ichabod Crane in the premiere episode of SLEEPY HOLLOW. ©2013 Fox Broadcasting Co.

Fox has taken the 1820 Washington Irving classic The Legend Of Sleepy Hollow story and give it a modern spin. Like many of the people that I spoke to, I was a bit apprehensive concerning another spin-off of the Sleepy Hollow franchise. Over the years, many have tried to retell the story and few have succeeded. The over-use of terrible CGI blood always makes for unrealistic scenes and is completely unnecessary. Sadly, most horror shows and movies lately are full of this sort of thing. I was also skeptical because of this being a nearly two century old story, modern adaptations do not work out very well. The premiere episode of Sleepy Hollow aired this past Monday September 16th. Going into it with an open mind, I quickly learned that my apprehensions were unjust. The scenes, stunts, and camera effects were all beautifully executed. The costumes were not cheap-looking (as some costume reproductions tend to look), and the acting and dialogue were very natural. Our two main characters, Ichabod Crane (played by Tom Mison) and Abbie Mills (played by Nichole Beharie), bring a bit of spice to the storyline. Not only do they have a great on-screen chemistry, but they are a mixed race duo, which helps to bring the story into the twenty-first century.

We are introduced to both of our protagonists in the midst of battles. Of course, the battles are completely different in most ways, but they both have one thing in common: our resident, friendly Headless Horseman. The Hessian appears in both stories, once alive, and then quite undead. The known bits of his story are told by Ichabod, to the astonished Abbie, once the two protagonists meet. Plots of old and new began to intertwine. All of our characters finally met in a rather unconventional, yet interesting way. As the episode progressed, the plot turned out to be much thicker than originally anticipated. Religious aspects were introduced and integrated. The characters became interestingly intertwined. When the duo (our protagonists) both finally accepted that they would have to work together, the episode ended. This left the audience at a good transitional place and ended the pilot on a high note.

This episode included demons, witchcraft (Necromancy, yay!), and a bit of romance. After all, what is a semi-period drama without a bit of romance? So far, it seems as though this series has taken one of America’s first horror stories and made it relevant for a new generation. The beginning of the episode is in line with the original The Legend of Sleepy Hollow by Washington Irving. However, the rest of the episode took the story and ran with it in a direction that I am eager to see more of.   This surely will be quite interesting to watch unfold. The plot is thick, the characters have depth, and the story is a classic.  Cryptic Rock gives this plot episode 4 out 5 stars. 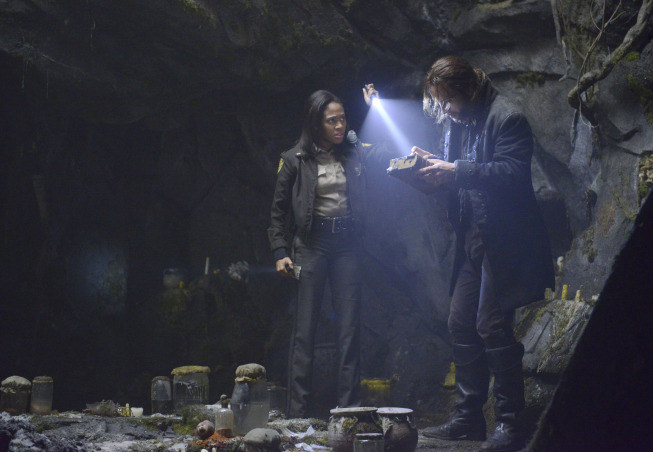 ICHABOD CRANE (Tom Mison, R) is resurrected and pulled two and a half centuries through time to find that the world is on the brink of destruction and that he is humanity’s last hope, forcing him to team up with a contemporary police officer (Nicole Beharie, L) to unravel a mystery that dates back to the founding fathers. 2013 Fox Broadcasting Co.

Reviewed by Bethany O’Neal
Like the in-depth, diverse coverage of Cryptic Rock? Help us in support to keep the magazine going strong for years to come with a small donation.
Print page
0 Likes

Bethany is 27 years old and is currently a senior in college. She is expected to graduate in May of 2015, and is an History major. She is working on an internship at a local Historical Society. She is currently a writer and editor for CrypticRock. Some of her interests and hobbies include, but are not limited to: ancient history, reading texts, watching horror and fantasy films, playing horror video games, brewing the perfect cup of tea, and cooking.