In 1820 Washington Irving published his short story The Legend of Sleepy Hollow, thus beginning our fascination with the headless horseman for almost two centuries. Countless times the story has been told and in 1999 Hollywood put out the successful release of Tim Burton’s interpretation in Sleepy Hollow starring Johnny Depp and Christina Ricci.

It is now 2014 and the interest in Ichabod Crane is piqued again with the exciting release of the Sleepy Hollow television series premiering on Fox September 16th 2013.  A modern adaptation of Irving’s story, Fox has utilized integral parts of the tale and main characters such as Ichabod Crane, Katrina Crane, Abraham, and the Headless horseman, staying true to their basic characters and building an intensely rich diverse series from there. 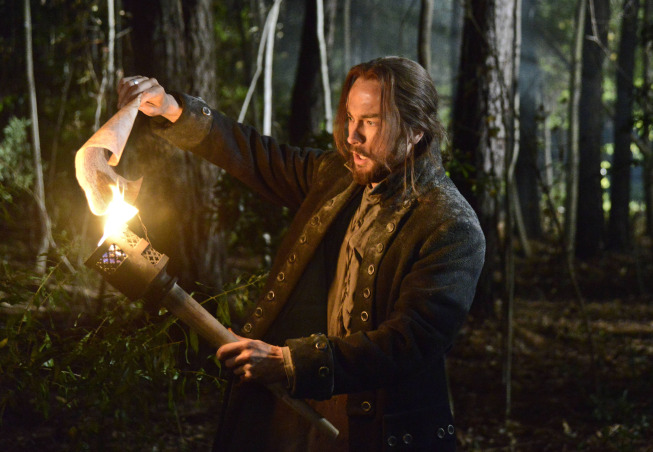 In 1781 Ichabod Crane (Tom Milson: One Day 2011, Salmon fishing in the Yemen 2012), a professor and soldier in the Colonial Army is charged with a mission for George Washington in the Civil War and the secret war between good and evil. He encounters a Hessian (brutal German soldiers contracted to the British army), and they embark in a fatal battle, seeing the Hessian beheaded by Ichabod and he in return being slain by the Hessian.

Crane’s wife Katrina casts a spell on him and the Hessian, thus resulting them falling into a deep slumber, undead for close to 230 years only to be awoken by counter magic, with their fate seemingly tied together by blood. When the Hessian awakes, he has become the infamous headless horsemen, still hell bent on his mission of killing Ichabod. Ichabod wakes in a fit of confusion into modern day Sleepy Hollow drawing the attention of the local Police Department, in particular Sheriff Dallas Corbin (Clancy Brown: The Highlander 1986, A Nightmare on Elm Street 2010) and Detective Abbie Mills (Nicole Beharie: American Violet 2008, Shame 2011). 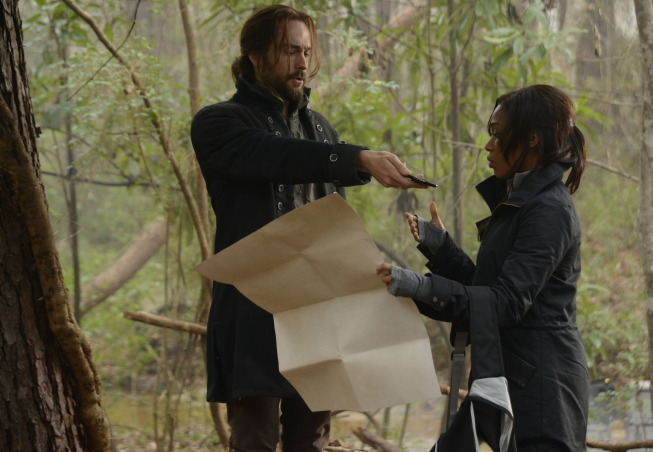 Fascinated yet disturbed by Ichabod’s appearance and ranting about the past, Ichabod is taking to a mental institution while Abbie and Corbin investigate a local murder, ending with the brutal beheading of Abbie’s mentor and partner Corbin. This changes things in the town quickly and dramatically, though most of the town is unaware of the trouble that seeps through it.  Despite misgivings she has about Ichabod’s lucidity and sanity, Abbie requests the help of Ichabod in solving Corbin’s death, and together they uncover deep dark secrets beneath the town, held under the spell of two covens, one good, the other evil.

Based heavily in the Book of Revelations, the arrival of Ichabod and the Hessian continue the process of the End of Days. As the battle reignites, Abbie and Ichabod discover that they are in fact the two witnesses mentioned in the bible, prophesied to suffer trial and tribulations, ending in their sacrifice for humanity and death, along with their disciples. 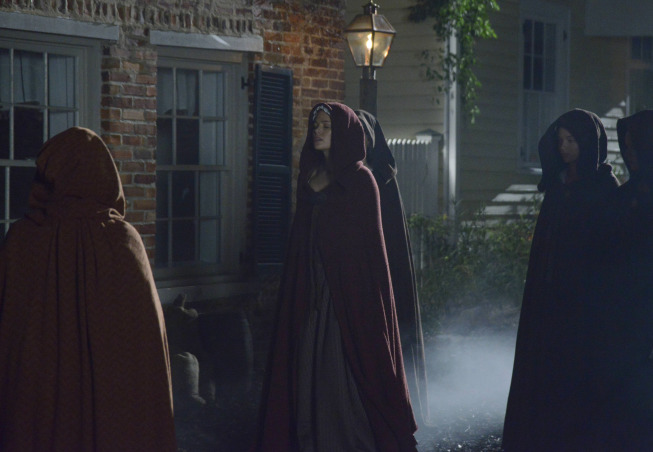 Gradually a small team is enlisted to help beat the demons and dark forces bought forth by Moloch, the Demon of Purgatory, to propagate the coming of the four horsemen of the apocalypse. One of the team include an initially skeptical Captain Frank Irving (Orlando Jones: Evolution 2001, Planet Terror 2007), but undeniable proof has him escalated to their number one ally.

Also joining the team of misfit warriors for good are Abbie’s estranged sister Jenny (Lyndie Greenwood: The Exit 2011, Furstenau Mysteries 2011) recently released from a mental institution after she and Abbie initially saw Moloch as young girls, Sheriff Corbin via his secret files, Katrina Crane, Ichabod’s wife, and Sin Eater Henry (John Noble: The Lord of the Rings: The Return Of the King 2003, The Last Airbender 2010), who is much more than he appears.

Ichabod struggles not only with discovering his and Abbie’s strange and integral links to the past and future, but dealing with modern day technology, people, and their accounts of his period of history. This makes for much needed humor and lifts what would otherwise be a bleak story line. 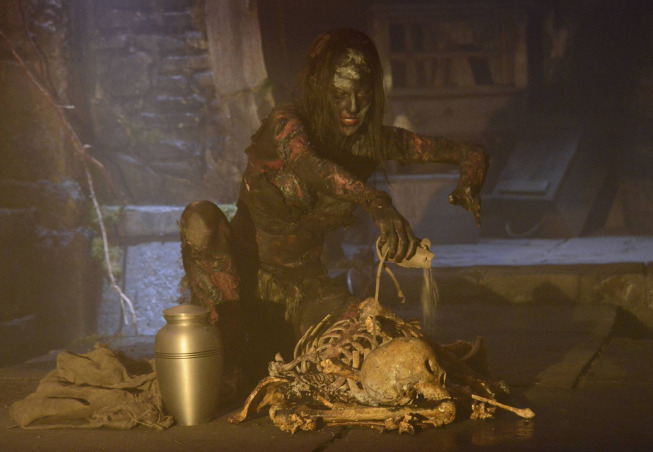 Will they be able to stop the horsemen coming and save everyone they know and love? Will Ichabod risk all to free his wife at the expense of humanity? How far are they willing to go for the greater good? Only together can they survive the horror that they must face each day during their trials. Only they are promised to have the tools to stop the horsemen and end Hell coming to Earth.

With Ichabod’s wife Katrina (Katia Winter: Banshee Chapter 2013, Knight of Cups 2014), a witch bound in purgatory, it is extremely refreshing that in this modern series there is no romance or sexual tension between these or any of the characters. The relationship that forms between Abbie and Ichabod is one formed of deep friendship, loneliness, and resembles of a brother and sister. This allows the deep plaited story line to shine through, keeping the viewer enthralled and on the edge of their seats without any messy or unnecessary romance.

Exceptionally acted by a combination of veteran and newer actors that have a way of morphing into their characters, you completely forget about the real world. The cinematography is amazing and Kramer Morgenthau has created a richly intense world, shooting in both New Bern and Wilmington North Carolina, sprinkled heavily with the supernatural, and it transitions seamlessly when both worlds meet.  While you do not necessarily need a working knowledge of the Book of Revelations and the Old Testament, it does help somewhat to explain the intricacies and direction of the plot.  The town of Sleepy Hollow is shrouded in mystery, the place where the war between good and evil will begin and end. With both witnesses separated from each other and their friends, alone and trapped with the second horsemen breaking the second seal, we are surely all doomed.  The highly anticipated second season will premiere September 22nd 2014 with a total of eighteen episodes, so hold onto your seats, with this intellectual supernatural drama, you are in for a wild ride.  CrypticRock give this series 5 out of 5. 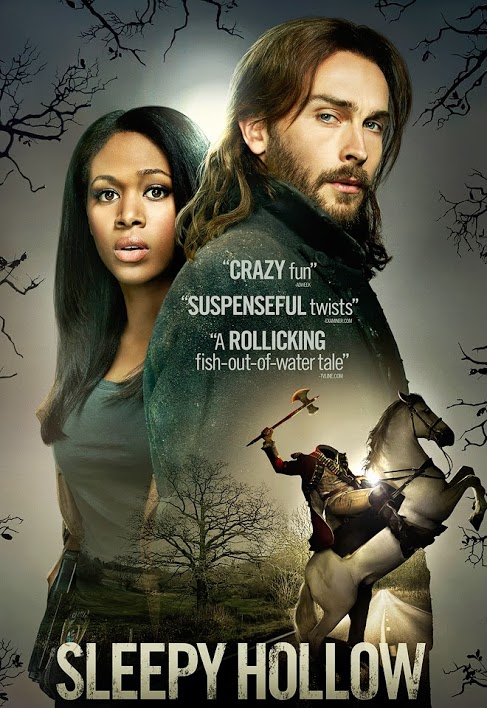