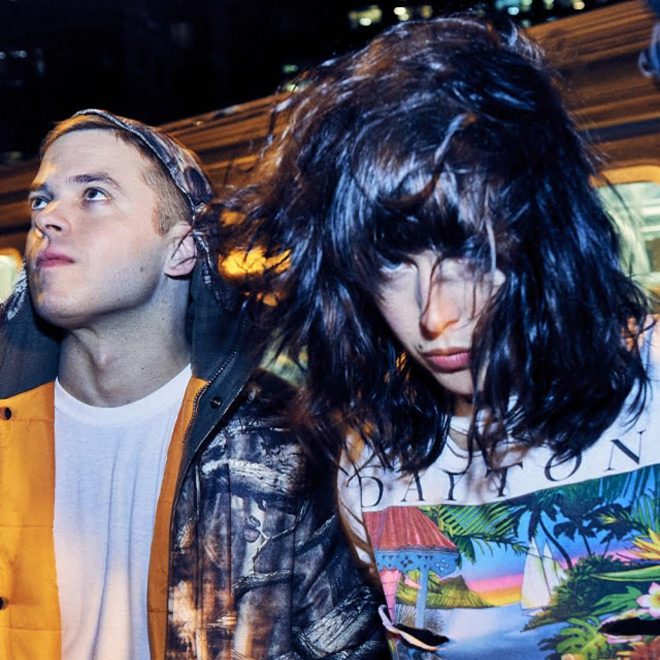 In a world defined by genres and categories, it is purely refreshing to see an artist blur the lines between it all. Defying genres for nearly a decade, Brooklyn, New York based Noise Pop band Sleigh Bells dazzled Alternative charts and critics alike with their 2010 debut album Treats. Coupling the saccharine, melodic voice of Vocalist Alexis Krauss with Producer/Guitarist Derek Miller’s gritty and atmospheric instrumentals, the duo has truly found a unique sound all of their own.

Now, just a year after the release of their fourth studio album, Jessica Rabbit, Sleigh Bells return with their latest release, entitled Kid Kruschev, via their own label, Torn Clean, on Friday, November 10, 2017. A mini-album, it is a massive departure from their earlier efforts, largely trading heavy guitar riffs for lavish synth instrumentation and rich symphonic textures, all while maintaining the heavy/soft juxtaposition the band is revered for.

Come a couple of months prior to a massive North American tour this winter, the 7 track album opens with humble introduction to “Blue Trash Mattress Fire.” Sampling Krauss’ distorted cries with an intensifying clockwork synth groove, the track jumps headfirst into an explosive, guitar-fueled breakdown. “I used to drink gasoline in the morning,” wails Frontwoman Alexis Krauss over the churn of reverberated strings in the unexpected leading song.

Following next is “Favorite Transgressions,” a similarly heavy track fueled with ’70s Hard Rock guitar tones and a grandiose chorus worthy of the Pop charts. A huge vocal highlight on the album for Krauss coupled with tinges of layered harmonies during the refrain makes for one of Sleigh Bells’ most radio-friendly tracks to date.

At this point in the album, the energy begins to fall when “Rainmaker” is introduced with a promising Indie Rock beat while the strings fall flat. That is not to say that the song does not have potential, in fact, the layered harmonies as Krauss sings “superfluous, goddamn” is one of the most admirable and intricate vocal moments on the album. Although, it quickly falls short with an aimless, lost instrumental section and lyrical repetition up the wazoo.

Moving along, with a name like “Panic Drills,” it is baffling why the song is so monotonous. Here, retro arpeggiation quickly evolves into crunchy power chords over Krauss’ meditations, but soon enough the track begins to drag slightly. The lyricism seems all over the place with Krauss’ refrain of the same batch of lines with no connection to each other. However, the track “Show Me the Door” begins to pick up the speed of the album, even if for a minute, opening with a dark Electro-Pop beat. While the synth chords hovering above the beat seem unappealing, the song does possess some form of life.

Yet, the last two tracks on Kid Kruschev offer a glimmer of hope. First, “Florida Thunderstorm” is a charming acoustic tune that is equally poetic and humbling. Again, Krauss’ vocal capabilities truly shine on this track and the minimalist instrumentation only further accentuate her sweet intonation. Last, the album’s closer and lead single, “And Saints,” is both not Sleigh Bells and truly Sleigh Bells. Featuring atmospheric, gritty production and vulnerable lyricism, it is shockingly earnest and humbling. Without guitars to accompany Krauss’ voice, the single can be compared to that of a sensory deprivation tank where one is wholeheartedly left to their own devices in a pool of unnerving peace.

Coupling genre-defying juxtaposition and atmospheric bliss while maintaining a level of grit, Sleigh Bells’ Kid Kruschev most certainly has something for everyone to enjoy. It is for these reasons CrypticRock gives the album 3.5 out of 5 stars. 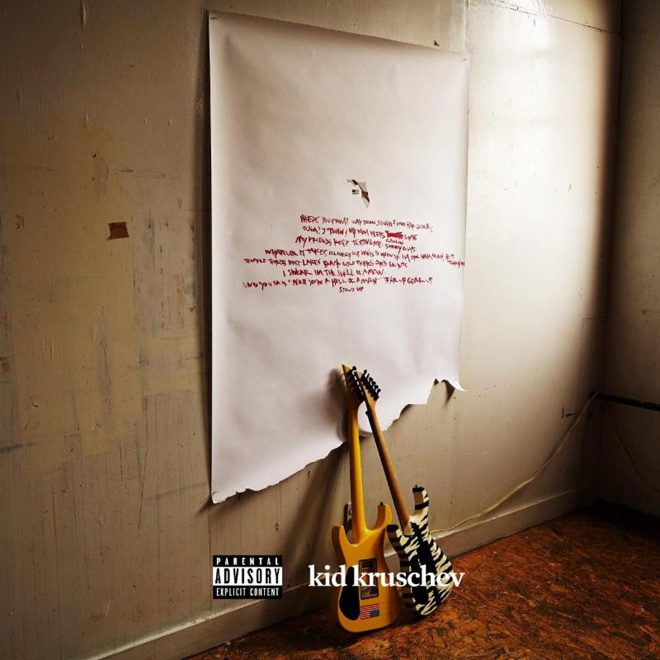