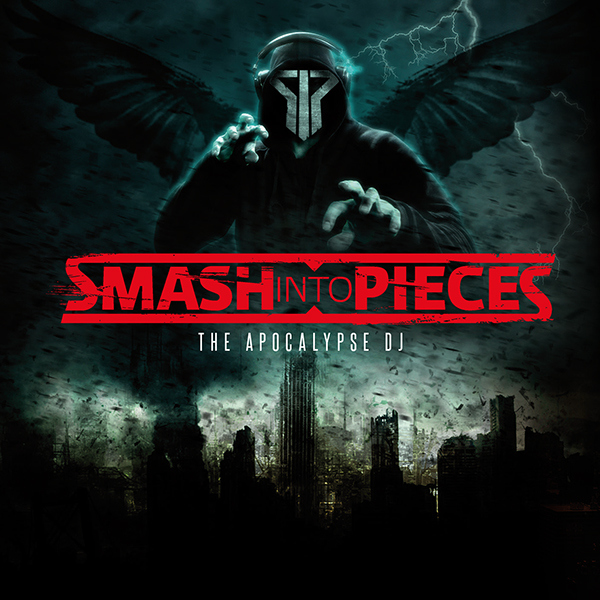 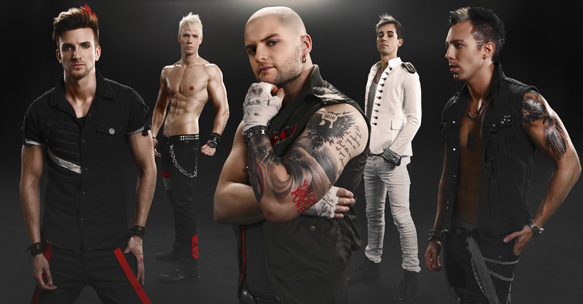 Founded in Örebro, Sweden in 2008, Alternative Metal/Rock band Smash Into Pieces are already looking back on an exciting seven year history. Formed by guitarist Benjamin “Banjo” Jennebo, Smash Into Pieces consists of vocalist Chris Adam Hedman Sörbye, bassist Viktor Vidlund, drummer Isak Snow, and guitarist Per Bergquist. The band began their career by reaching the semi-finals of the Scandinavian television show Sweden’s Got Talent, but decided to leave the competition to sign on to their first record deal with Nineteen Records. Although they only released one single through the label, “Fading” got massive airplay from Sweden’s leading Rock stations. After parting ways with Nineteen Records due to differing points of view, they released their first self-titled EP in 2010 on their own, followed by a localized European tour. The band finally settled for Gain, Scandinavia’s leading Rock and Metal label through Sony Records, and signed with them in 2012. After settling in with the new label, they released their debut album, Unbreakable, in April of 2013. This got the notice of the Bandit Rock Awards, who voted Smash Into Pieces as the Breakthrough Act of 2013. The first single from the record, “Colder,” marks the band’s biggest success to date with a two week long # 1 position in the iTunes charts and the sold out Colder Tour the following fall. In their short time together, they have shared the stage with Rock greats such as Halestorm, Twisted Sister, Dead By April, and Amaranthe, just to name a few.

The newest offering from Smash Into Pieces is titled The Apocalypse DJ and was released February 25, 2015. The band uses this album to describe their experiences in the music business and portray daily life in a Rock band that has worldwide aspirations. Often compared to Nickelback, Alter Bridge and newer bands such as Like A Storm, in particular the voice and style of vocalist Hedman Sörbye, who delves seamlessly into the sound of the before mentioned bands. This comparison is a blessing and a curse, bringing them recognition but fails to set them apart from other genre leaders. Nevertheless, Smash Into Pieces has still created a barrage of great songs for a pounding Rock record. The first, atypical notes of “Stronger,” the opening song and second video of the album, fools the listener’s ears with trancelike keyboard sounds, before the Alternative Rock trademarks blast away with the outstanding guitar work of Jennebo and Bergquist. Next up is “My Cocaine,” helmed by the guest appearance of Amaranthe vocalist Elize Ryd, making it clear that there is much potential hiding in Smash Into Pieces. Mixed with ingredients that ooze talent and that made bands like Evanescence into worldwide rockstars, the song is a real killer that guzzles deep into the ear canal. The Rock ballad “Checkmate” sticks in the mind for hours like a thorn, displaying a calm side of the band and showing a real Nickelback connection. Rooted firmly to the ground, while at the same time flying high, “Don’t Wake Me Up” brings a combination of light electronics and a Rock attitude to a wonderful chorus and powerful filigree guitars that prove how to play good old Rock-n-Roll in a most astounding way. Unfortunately, the other side of the coin is that the compositions on The Apocalypse DJ cannot keep up on this high of a level for the second album half. Some songs like “Reaching Out” or “Bullets” are almost exchangeable and pale a bit in comparison to the above mentioned tracks. One could say the band shoved all of its talent into the first few songs and gave up somewhere in the middle, although songs like “Colour Of Your Eyes” and “Burn” are Rock compositions that seemed have been given a bit more effort.

Smash Into Pieces have claimed their space in the Alternative Rock corner and have given a great emphasis to the first half of The Apocalypse DJ. Fans of the genre should get to know this Swedish band and give them a listen as they have all of the skills and sounds to satisfy all Alternative/Stadium/Rock lovers. This five-piece truly creates modern Rock music with the impressive vocals of Hedman Sörbye and the heavy, melodic guitar work from both Jennbo and Bergquist. Hopefully with the next album, they will have upped their endurance. CrypticRock gives 3.5 out of 5 stars.