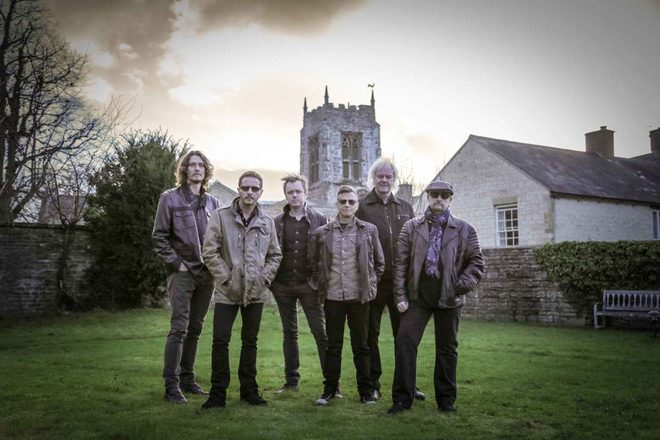 Back in 2011, former Whitesnake Guitarist Micky Moody and Bassist Neil Murray came together to form Snakecharmer with a yearning to get back to the simple Rock-n-Roll feel of bands like Bad Company and Foreigner. Releasing their eponymous debut album in 2013 followed by a regular diet of live shows, they built a solid fanbase. However, Moody exited the band in 2016, leaving a void, one quickly filled by talented Irish Guitarist Simon McBride, enabling the band to move forward. Harder edged, but still very much in the Whitesnake camp, with shades of Richard Marx, and other smooth ’80s balladeers, Snakecharmer are revealing their Rock-n-Roll heart.

Alongside Murray and McBride are Heartland’s Chris Ousey on vocals, Wishbone Ash’s Laurie Wisefield on guitar, Ozzy Osbourne’s Adam Wakeman on keyboards, as well as Thunder and Magnum’s Harry James on drums. Not a bad lineup right? Together they unify to bring Rock lovers Snakecharmer’s sophomore album, Second Skin, via Frontiers Music s.r.l. on May 12, 2017.

“Sounds Like A Plan” is the first of eleven tracks for perusal, a straight up rocker with catchy chorus and a fine build up. It has that swing that hooks you in, inviting you to singalong, while inviting you back to the ’80s when leather and lace were all the rage. Next, “That Kind of Love” has the feel of Journey or Foreigner, with the traditional tale of kid on the edge does good and finds hope that saves the world/love. Then the ballsy “Are You Ready To Fly” follows with solid rhythms and strong melodies, giving a foundation to a song destined to soar as the vocals bring a desperate edge, lending drama to the mix.

Moving along, “Follow Me Under” has an insistent beat, vocals that echo Blues and Soul matched with a danceable riff that grabs your attention from the start while the keys really stand out as the backing vocals add great depth. Turning down the volume a little, “I’ll Take You As You Are” is an acoustic power ballad with every note tinged with ’80s melancholy, beautifully wrapped in nostalgia.

In contrast to the aforementioned ballad, “Hell Of A Way To Live” is harder, louder, heavier, with a riff that conjures up images of Harley Davidsons riding out on Route 66. Wild and free, it is a song about living life to the fullest as well as a reminder that none of us survive the ride. With a tinkling of a vibe, a rattlesnake hiss, “Fade Away” is everything Whitesnake once promised to be. Slow and moody, sensual and evocative, complete with delicious harmonies and haunting guitars, it is a standout on the album.

Lightening the mood, “Dress It Up” is a fine Rock-n-Roll tune with big beats and defining bass. A song about a woman with questionable morals, it is a somewhat dated concept, but a fun lively listen nonetheless. Thereafter, Snakecharmer channel their inner Mr. Big on “Punching Above My Weight,” another acoustic led number that breaks into slow hand claps and should be a huge crowd pleaser live. With some bar room Blues and Honky Tonk, “Forgive & Forget” is a heady mix of music, a song that seeps under your skin and infects you from within. Bringing Second Skin to a close with the philosophical “Where Do We Go From Here,” it is a mix of thunder, prog and prophecy, making for an enigmatic track, and hopes for album number 3 from Snakecharmer.

Those looking to define Snakecharmer, there are elements of so many bands within their style, not copying but influencing them. This essences give their music a comforting familiarity and Second Skin is very much an album from a different time zone, but has such a quality to it that it can be excused its retro roots. The whole album is very pleasing while mixing styles which should appeal to a broad range of music lovers, from those who were there in the ’80s who want to re-live their youth to those who just appreciate the quality of keeping it simple and honest to goodness Rock-n-Roll. For these reasons, CrypticRock gives Second Skin 4 out of 5 stars. 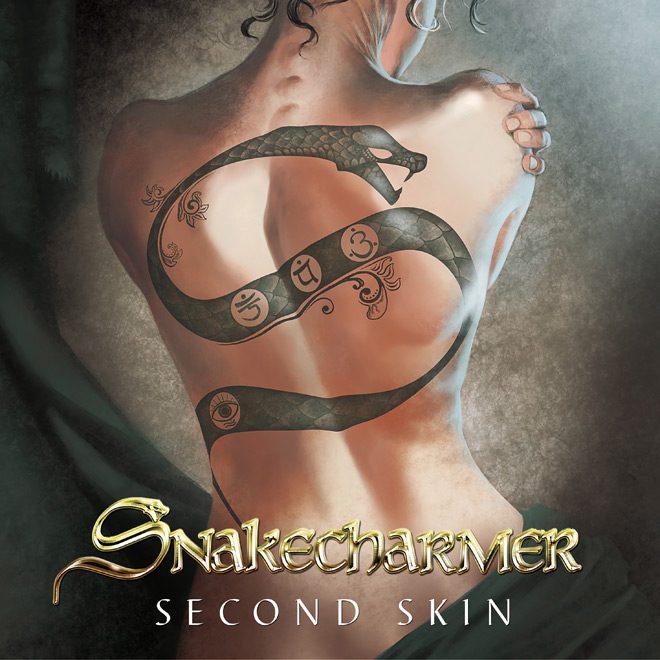