A Psychological Thriller chock-full of gruesome imagery, The Snare was recently released on VOD via Uncork’d Entertainment as of January 6th. A British contribution to the genre of Horror, the film is the directorial debut of Writer and Director C.A. Cooper (writer for Tortured Love 2009, cinematographer on Half Dead 2012), whose largest international success to date was working with cameras and the electrical department on the Sleeping Beauty-inspired, Angelina Jolie 2014 film Maleficent. 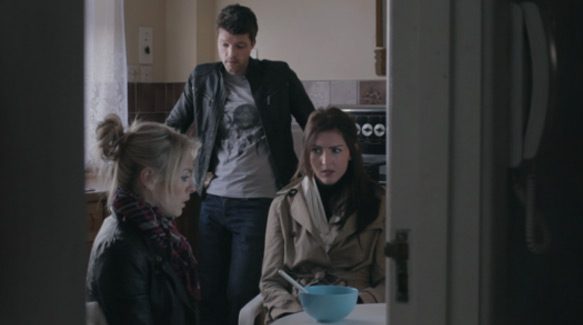 Clocking in at ninety minutes, The Snare stars Eaoifa Forward (The Lost Mantle of Elijah 2013, Brash Young Turks 2015), Dan Paton (Tigers’ Lair 2014, Afterglow 2009), and Rachel Warren (Carlos Gustavo 2013, Perfect Break 2016) as three friends who head to the seashore for a holiday weekend in the country. Equal parts Horror and Psychological Thriller, The Snare is a modern, minimalist take on claustrophobia’s influence on the regression of humanity.

The three travel via car to the countryside. Along the way, there is an important, establishing scene in a local eaterie wherein rebellious Carl informs the rule-abiding Alice that they are, in fact, unwelcome at their weekend apartment. Lizzy’s father – an estate agent with a veritable plethora of properties – does not even know that they will be staying at Chez Daddy; Lizzy stole the keys. Alice shrugs this off and the trip is a quiet, though lengthy one down winding, twisting roads. Viewers understand that this vacation is taking place somewhere far, far from the city and their everyday lives. 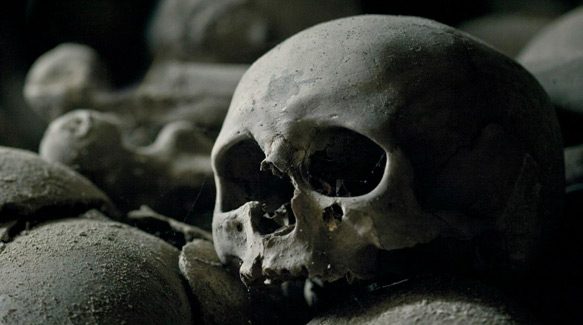 In the beautifully quaint seaside town, the one structure that does not seem to blend with the one-story country cottages is an eight-story, concrete monstrosity of an apartment complex. There is no surprise that this is their temporary home and, yes, it is abandoned. In fact, the elevator seems to barely operate. In the perfect contrast to the homely architecture, Director Cooper intermingles beautiful scenes of nature and the seashore, any nature lover’s delight. This is a place that could not possibly hold any blackness, right?

As any Horror fan will know, this vacation is not going to go swimmingly. When the elevator breaks down and the trio end up trapped on the top floor of the complex – no cellphone reception, dead landlines, locked doors – their carefree attitudes quickly begin to unravel. They take varying avenues to avoid the fear of claustrophobia: Alice writes in her diary about always feeling trapped no matter where she goes; Carl is agitated and restless, looking to blame someone for their troubles; while, ever the Brit, Lizzy makes tea.

The Snare is a film that relies on minimalist imagery to communicate Alice’s mental instability and ultimate decline: from a shop clerk’s nasty fingernail tapping on a countertop to a Daddy Long Legs crawling on a nightstand; a knife spins on a cutting board by itself; while the image of a young, black-clad Alice holding a white lily signifies death.

In addition, the cinematography is often grotesque, but always hauntingly beautiful. This is not a film with intense dialogue and massive action scenes: instead, The Snare relies heavily on the actors’ emotions and body language to communicate their fears and frustrations. In fact, kudos to the actors for their terrifying transformations throughout the film. Though none of the three will be winning any major awards for this gruesome production, they each communicate their perverse roles effectively. 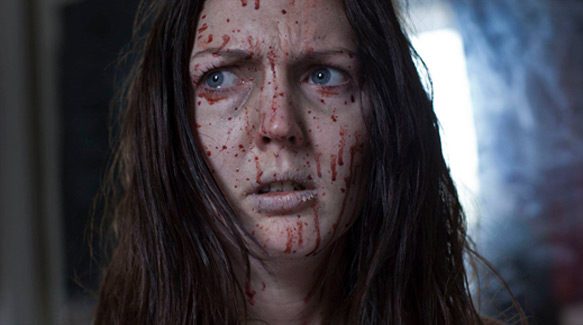 Much like such Horror classics as 1980’s The Shining, this is also a film that is vastly open to the viewer’s interpretation. Is the demise of our party due to poisoning, evil spirits, a cursed building, or the troubled mind of a tormented young woman? What the viewer surmises of Cooper’s intent heavily impacts how you view the overall production. As a paranormal flick, this is banal at best; as a Horror offering, there is definite shock value; though as a Psychological Thriller, there is much more weight to the project.

The Snare is a somewhat gruesome film to watch as there are scenes of physical abuse, rape, cannibalism, extensive use of maggots, suggested coprophagia, as well as a scene viewers will not soon forget involving a corpse and an electric meat carver. This is far beyond the worst episodes of Jackass and Fear Factor combined, and absolutely not a film for the faint of stomach.

All this said, The Snare is a daunting exploration of thrills and chills. The tale of an extremely psychologically damaged young woman, this is a grim work from debut Director C.A. Cooper. While Cooper shows definite promise in the directorial role, The Snare suffers from a lack of detail that often leaves the plot floundering.

Neither phenomenally chilling nor deliciously thrilling, The Snare is a work of horrific contrasts and stark minimalism. For its use of macabre minimalism, cadaverous cinematography, and psychological maze-running, CrypticRock gives The Snare 3.5 out of 5 stars. 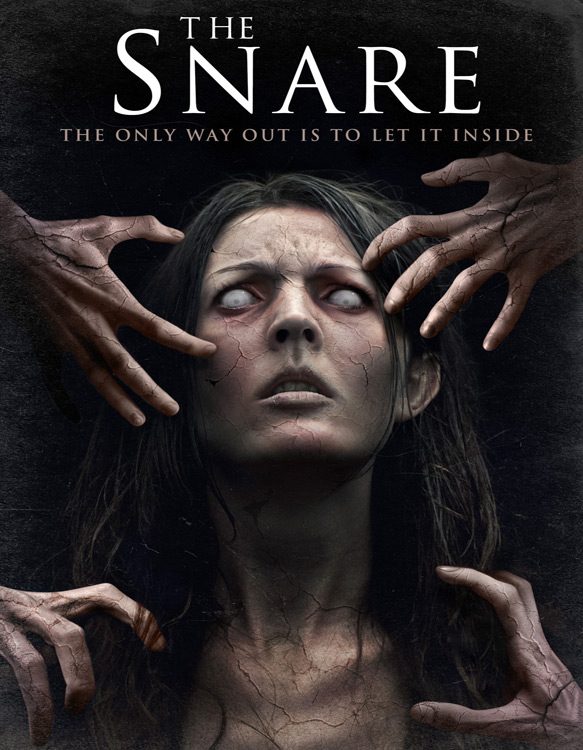