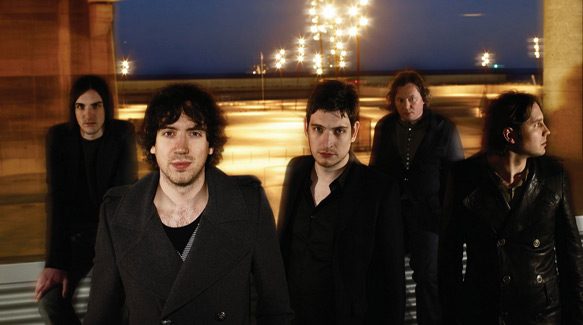 Initially an Indie Rock band going under the name Polar Bear in the early ’90s, Ireland’s Snow Patrol travelled a long road to success. Officially becoming known as Snow Patrol in 1997, after some growing pains, they would go on to release 1998’s Songs for Polarbears and 2001’s When It’s All Over We Still Have to Clear Up. Failing to sell well, by 2003 the band was at a crossroad in their career, one that led to their amply named third studio record, Final Straw. At least seeing a glimpse of much deserved attention, the album was anchored by breakout single “Run,” propelling the band into the international spotlight.

Ready to take the next step and introduce something a little different, Snow Patrol moved away from the crashing attitudes and high-powered instrumentals to a softer sound, bolstered by passionate vocals of founding Singer-Songwriter Gary Lightbody. In an effort to outdo their work on Final Straw, the bold step in a new direction paid off in dividends when they released Eyes Open in the spring of 2006. The first record without Bassist Mark McClelland, it would also be the first to feature Bassist Paul Wilson and Keyboardist Tom Simpson. Offering listeners a taste of the new sound with the release of lead single “You’re All I Have” in April of that year, it would become their second biggest hit next to “Run,” and thus kept the wheels turning for Eyes Open’s release on May 1st of 2006.

Ready to explore and reconnect with each other after extensive touring, the band sought out places to write and record that would offer the best inspiration for reflection of themselves. Not satisfied with anything less than perfection, Snow Patrol began pushing themselves even further, with Drummer Jonny Quinn and Simpson taking Classical music classes to further their own instrumental inclinations. Armed with a better understanding of their band, and with one another, Snow Patrol was ready to proceed further on the creative process.

As stated, first giving audiences a sample with “You’re All I Have,” the best was still yet to come. Only a month after Eyes Open’s release, the biggest exposure of their career came when the track “Chasing Cars” was featured in the Season Two finale of popular series Grey’s Anatomy. Immediately grabbing audiences, Lightbody stated in a Rolling Stone interview in 2009 that it was the purest love song he had ever written. Clearly connecting with audiences, the emotional vocals set the slow build of the song with plucking guitars giving way to a powerful climax that was easy on the ears. Inevitably, the song went on to be their best selling single ever, hitting #1 on US Billboard Adult Top 40 and #5 on US Billboard Hot 100.

Already setting the Alternative Rock scene on fire with two impressive singles, what about the rest of Eyes Open? Well, while extremely accessible to a broad audience, the album dived into blacker emotions set to an intellectual beat. Plenty of songs give an impression of a hard gaze into the soul, and feeling out the rationale behind love, pain, loss, and pushing beyond to see what happens. Prime examples of such are “Make This Go On Forever” and “Headlights on Dark Roads,” which are almost hypnotic in nature. In essence, the tracks were of a very mature nature, ones written by musicians who had been through the rings and had stories to tell. Then, on the other hand, songs like “You Could be Happy” and the final album single “Shut Your Eyes” provided acoustic purity to the collection of songs, one that provided balance to the emotions.

Not relegated to their own sole talents, Snow Patrol collaborated with several other artists as well for Eyes Open, including a lengthy list of studio musicians for a more well-rounded sound dressed with cello, violin, and choir parts. All important to the foundation of the songs, perhaps the most highlighted collaboration was the one with Canadian Singer-Songwriter Martha Wainwright on the song “Set Fire To The Third Bar.” An incredibly moving song, with a deep pained sensation of love and longing, Lightbody combines his whispery heartache with Wainwright’s own child-like piercing vocals. Severely understated instrumentals act as an afterthought, gently nudging the emotions along. Captivativing, releasing it as the album’s fourth single, Snow Patrol had another Billboard Hot 100 hit on their hands.

The most powerful aspect of Eyes Open came through in the mature songwriting. Becoming the best selling album of 2006 in the UK and selling over 6 million copies worldwide, Eyes Open is one of the best selling albums of the 2000s. In years since, Snow Patrol has attained their share of commercial success with 2008’s A Hundred Million Suns and 2011’s Fallen Empires both going Platinum in the UK and both reaching peak positions in US charts. Now set to release their first studio album in six years, 2017 should be an exciting year for Snow Patrol fans. Until then, everyone should sit back and recapture the magic of Eyes Open a decade later. 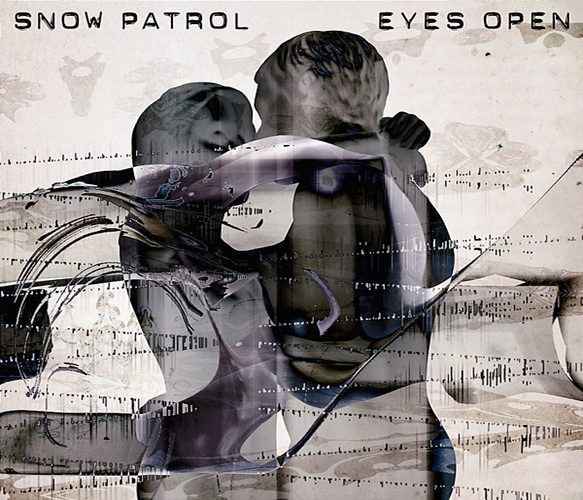 Alternative Rock, Final Straw, Set Fire To The Third Bar, Shut Your Eyes, Snow Patrol, Snow Patrol Eyes Open 10th anniversary, You Could Be Happy, You're All I Have
Print page
0 Likes