Written by Hossein Amini (Drive 2011, Snow White and the Huntsman 2012) and Peter Straughan (The Men Who Stare at Goats 2009, Tinker Tailor Soldier Spy 2011), Horror Crime Thriller The Snowman is based on the critically acclaimed novel by Jo Nesbø. Directed by Tomas Alfredson (Let the Right One In 2008, Tinker Tailor Soldier Spy 2011), it originally premiering at the Haifa International on October 7th and premiered in theaters in the United States on Friday, October 20, 2017 through Universal Pictures. Highly anticipated and raising curiosity, though The Snowman drew an impressive 34 million dollars worldwide, it has received many negative reviews. Which raises the question, what went wrong? 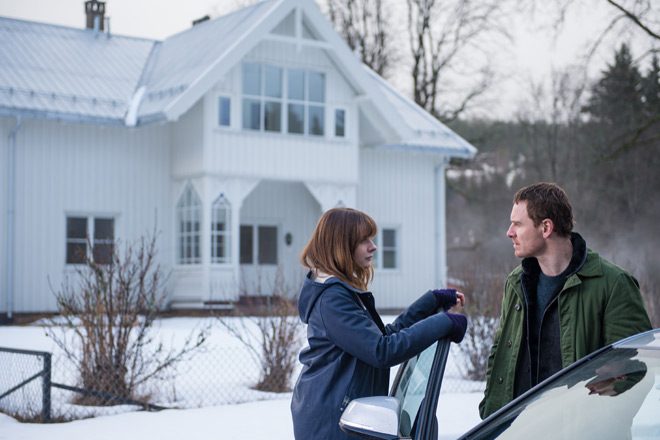 Well, The Snowman initially had so much positive backing coming from a novel that did financially well, being credited as one of the best books in the Horror Crime genre. Which is what might make one concerned with why the film does not deliver the same effect. That said, Alfredson has made some pretty decent films, including of course 2008’s Let The Right One In, yet The Snowman does not necessarily deliver on the same front as his predecessors.

Production wise, The Snowman has a tendency to look like an ill-prepared Indie film from start to finish. One could only assume that there had been another completed version of this film, yet Universal Pictures probably wanted something else, resulting in the theatrical release looking and feeling spotty and unfinished. In the end, this aspect hurt the film, making it hard to understand at crucial parts. Transitions are ill-timed and questionable as if rushed. Furthermore, it seems some acts of creative licensing were taken in the addition of awkward choices of scenes. 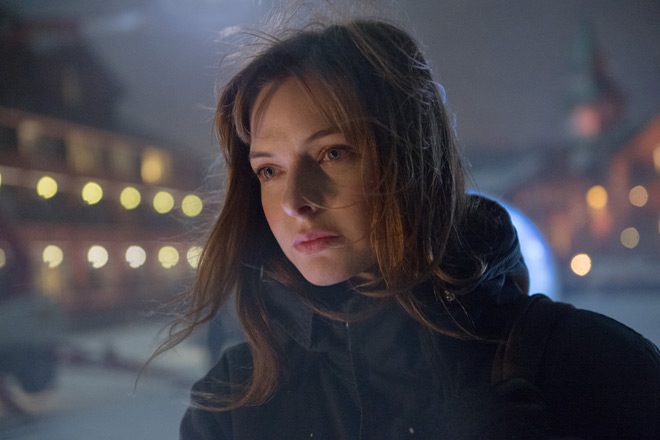 Those who have actually read the work by Nesbø might have a problem with much of the addressed issues. The story at the film’s core needed to be consistent, and with a film that had fairly decent writing material to play off of, there was no reason for The Snowman to feel all over the place. That in mind, the trailer was actually misleading to what The Snowman initially would give viewers. In fact, it feels like whole parts of story and dialogue were cut from the film, making it safe to assume that the final version seen by the public is not what Alfredson may have intended.

As presenting an issue, it also feels as there was no time spent on character development. With a plot the caliber of The Snowman, time is really needed for the audience to really invest themselves within it, especially with a character such as Detective Harry Hole played by Michael Fassbender (X-men: First Class 2011, Alien: Covenant 2017). The audience need to be able to get inside these characters’ minds and feel apart of the experience. Emotion is an important part to any Horror or Crime film. Unfortunately there is no emotion from most of these characters and most just feel like cannon fodder to feed the plot.

As he tries to identify a killer who uses snowmen as his calling card for his crimes, it can be said that Fassbender’s portrayal of Hole is by far the most interesting in terms of tropes that make this film worthy of sitting. Although, Hole’s character is not explored in the many ways the novel’s work had already done. This is sort of disappointing, as there are a wide range of characters presented in The Snowman that could have been explored, but were only used to serve in the interest of the plot. To be frank, some characters like Val Kilmer (Top Gun 1986, The Doors 1991) as Rafto were not even needed and the film would have been a decent experience without their inclusion. 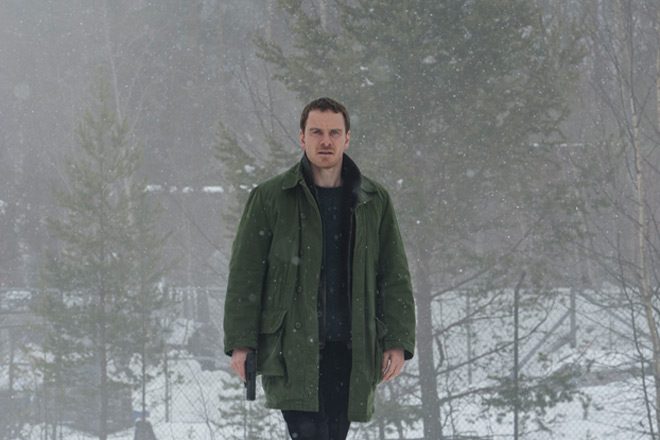 Ultimately, The Snowman is a story that is centered-around plot. It raises the big-hitting question of who the killer actually is, a fact which becomes painfully obvious toward the end of the film. Aside from the lack of character development, lack of general use of logic and emotion for most characters, there is some great visual artistry at play here as well as a great film score.

Though the plot is easy to follow, the reason why things happen the way they do make the presentation of being a mess. Sadly the negative outweighs the positive and The Snowman will most likely be passed up by many Horror fans since it falls short of delivering what the novel does. For these reasons CrypticRock gives The Snowman 1 out of 5 stars. 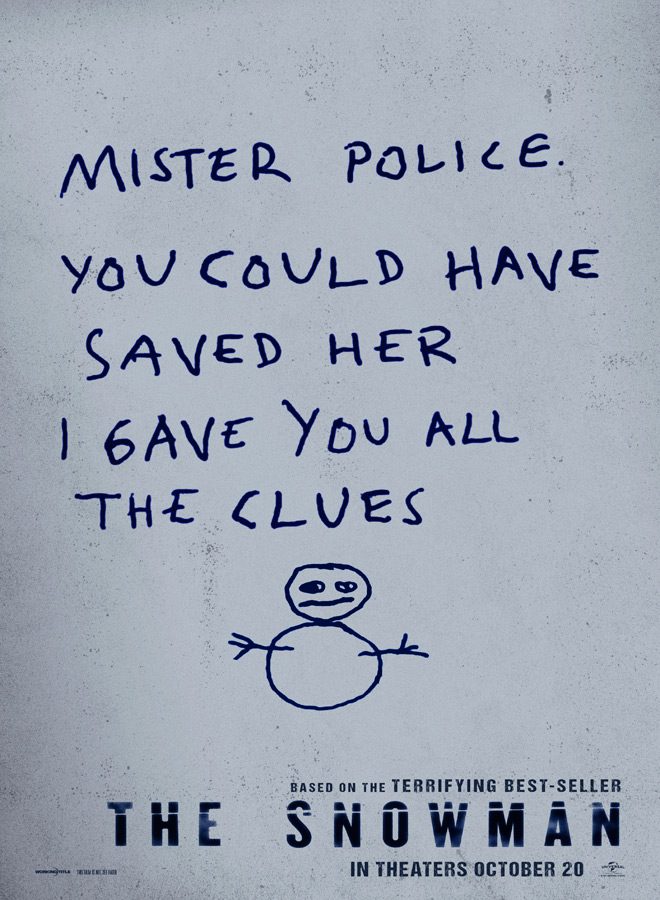