Some Kind of Hate (Movie Review)

One might think they would have all of the answers if they were ever a teenager in a bullying situation – fight back, tell someone, ignore it all. One might even think that they would never find themselves in that situation because they do not fit the part of the bullied teenager – they are too big or too smart or too popular. But Image Entertainment’s Some Kind of Hate shows the world that sometimes, the smarter kid is cool, the smaller kid is strong, and the toughest looking kid is the one that is cowering in the corner. Released across the US on September 18, 2015 after debuting at the Stanley Film Festival on May 2nd, Some Kind of Hate is both a ghost story and a revenge film at the same time, making for a common Horror movie description for a pretty unique film. 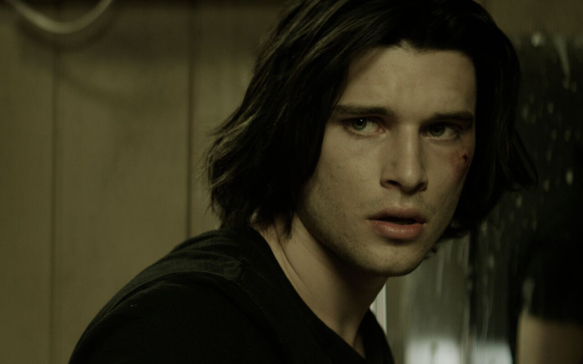 Still from Some Kind of Hate 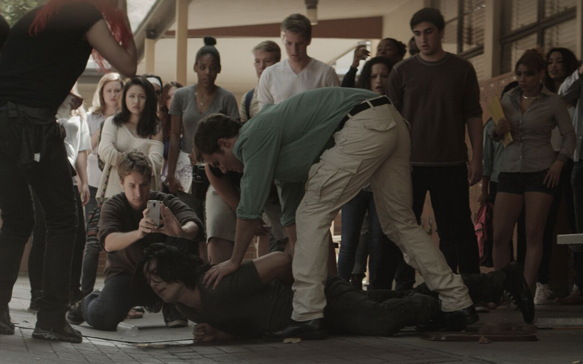 Some Kind of Hate

Lincoln Taggert (Rubenstein) is a tall, physically strong high school student who drops to his knees the second bully Eric (Matte Beene) or his father (Andrew Bryniarski: 2003’s Texas Chainsaw Massacre) get in his face. When Eric finally pushes him too far, Lincoln stabs him in the face with a fork and gets sent to an alternative reform school where he is told to “find his inner peace.” Once there, he finds friends in computer hacker Isaac (Breslin) and bad girl cheerleader Kaitlin (Phipps), but another bully in Willie (Harrell) and his cronies. In a fit of rage, desperation, and embarrassment, Lincoln wishes they would all die, and before he knows it, they actually start to drop like flies, sliced up seemingly by their own hand. It does not take long for Lincoln to learn the truth – that his frustration with his situation called up the spirit of a Moira Karp, a previous student who had been found with slit wrists after being bullied much like Lincoln. Moira kills the teen’s bullies by slicing herself up with razor blades and transferring the grievous injuries to others. Lincoln wants it all to end, but now that she has seen the results of revenge, can she stop, even if she wanted to? 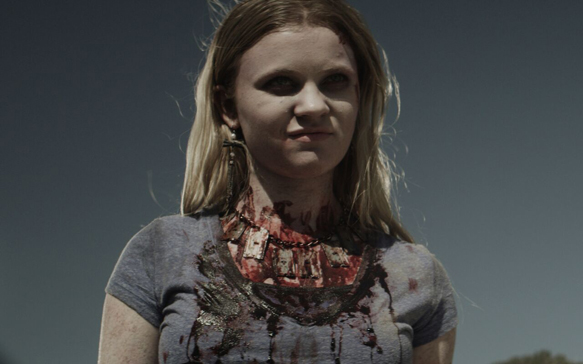 Still from Some Kind of Hate

There are a few original ideas throughout Some Kind Of Hate, most notably the fact that, once Moira appeared, anyone could see her, and she had no supernatural restrictions on her being at all. Her power to forward her own injuries onto her tormenters made for an increasingly hard enemy to dispatch. Ironically, Moira’s desire for revenge bullied Lincoln into letting her wreak havoc, even though her argument for her own anger was the fact that she had been bullied herself. On the down side, the school and its two counselors were pretty ridiculous. Their lax, over-the-top, peace-loving attitudes made them into caricatures and they stood out as absurd and goofy. Moira, being almost human physically, could go in either direction – a unique way to look at a ghost or lazy writing – depending on the audience. The movie’s pros far outshine the cons, which are small in comparison. Some Kind Of Hate is a tense, dark, supernatural Thriller that will strike a chord with anyone who has ever been bullied, or has ever done the bullying. CrypticRock gives Some Kind Of Hate 3 out of 5 stars. 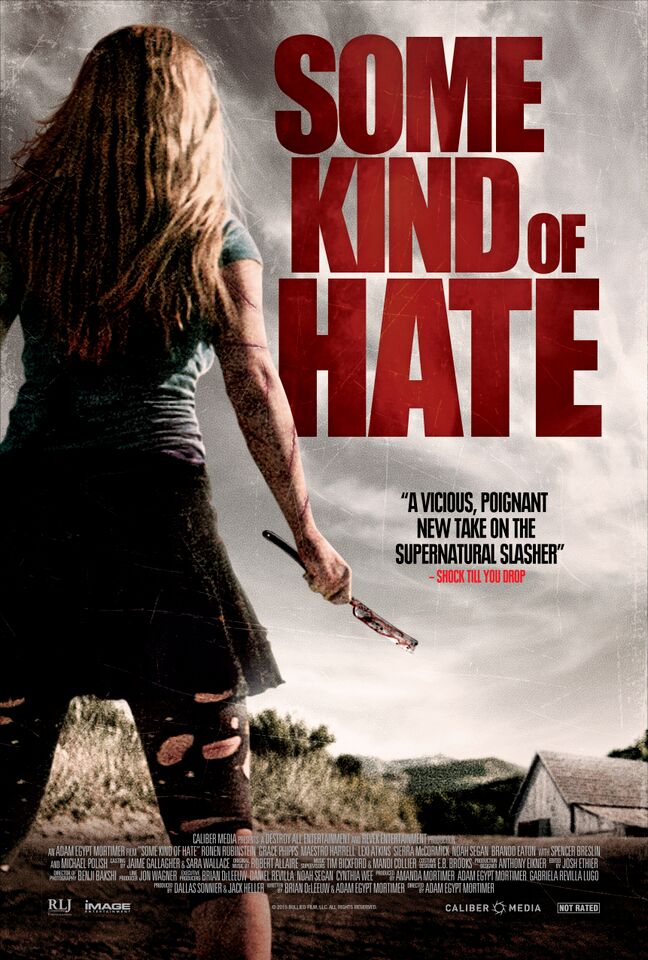