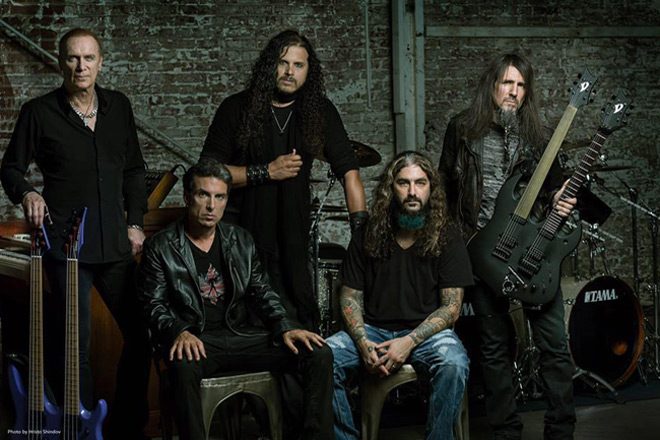 With so many new bands popping up, it is difficult to keep track. That said, many can get lost in the shuffle, but not the brand new Rock band Sons of Apollo. Who are they exactly? At the threat of sounding cliché Sons of Apollo are a supergroup brought together by Drummer Mike Portnoy and Keyboardist Derek Sherinian.

Produced by Portnoy and Sherinian, Psychotic Symphony is highly inspired by Rock and Metal of the 1980s. An album carrying only 9 tracks, do not let the length trick you because some clock in at 11 minutes in length, and there is plenty of music to go-around. It all starts with “God of The Sun” which is appropriately named given the name of the band. This is not only one of the longest songs on the album, coming in at 11:12, but it features a great introduction. Beginning with a guitar solo, the first 2 minutes of  “God of The Sun” are a rhythmically-tuned, guitar mastery. Very melodic, like most of the tracks from the album, it is reminiscent of the Metal of the past, drawing inspiration from Iron Maiden and Dio. In addition, one can also feel a little touch of Steppenwolf in the guitar work.

Setting the tone for the entire album, Sons of Apollo offer some great guitar solos and bass works as heard on songs like “Coming Home.” Sure, it does it seem a little Mötley Crüe-like at first, but the song is more amped than just a subdued ballad. From here Psychotic Symphony starts to get a little darker with “Signs of the Time” and “Labyrinth,” along with lyrics such as, “….. This new world terminates my soul” and “darkness is all I found.” Matched with constant, long guitar and drum solos, the overall sound is larger than life.

With the album coming to a close, a couple songs before the end is a great interlude called “Figaro’s Whore” which you rarely hear anymore. Not as common as they once were, let us hope Sons of Apollo assist in them making a comeback. After all, what is not to love about short instrumentals between lengthy lyric tales? Here the guitar picking is precise and a great display of talent. Do not fret about the instrumental being so short though, because thereafter the band offer more amazing guitar play on “Divine Addiction.”

While Psychotic Symphony is less than 10 tracks, it has an amazing and lengthy instrumental tucked at the back-end called “Opus Maximus.” The second longest track on the album, coming in at 10:39, it is filled with not only stunning guitar work but more outstanding bass. Seriously, those who love the bass being up-front and center when it comes to Metal music, need to listen to this track! Beginning to end, it keeps the audience’s attention with a Van Halen inspiration very alive and well thoughout.

With the band being composed of members from some of the best ’80s bands ever, it is no surprise that their style is a vintage in many ways; the band are superbly talented with some of the best guitar work to ever grace listener’s ears. This in mind, many their lyrics can be a bit repetitive, showing that Sons of Apollo are only just beginning to scratch the surface of what they are truly capable of. For these reasons, CrypticRock gives Sons of Apollo’s debut album 3.5 out of 5 stars. 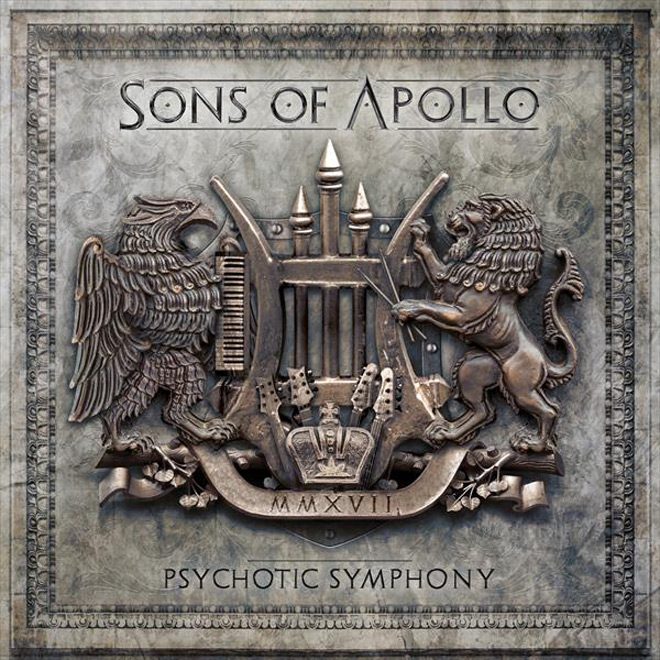