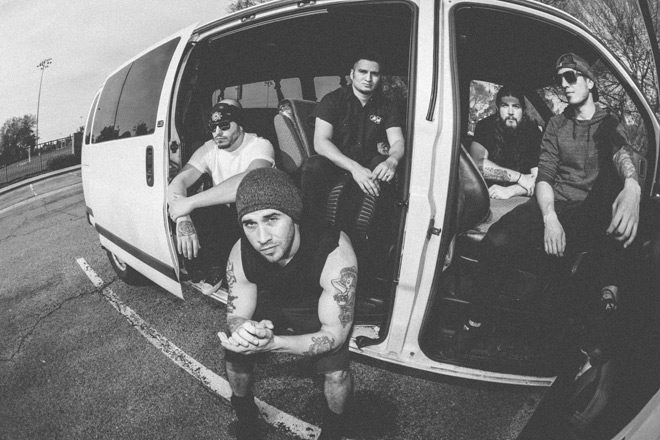 Heavy Metal fans rejoice! If you have been searching the globe for a new band to get into, meet Sons of Texas. Influenced by iconic acts such as Alice In Chains and Pantera, hailing out of McAllen, Texas, Vocalist Mark Morales, Drummer Mike Villarreal, Bassist Nick Villarreal, Guitarist Jon Olivarez, and Guitarist Jes De Hoyos formed Sons of Texas back in 2013.

Fresh onto the scene, Sons of Texas released their debut, 2015’s Baptized in the Rio Grande, soon hitting the road with bands like All That Remains, Buckcherry, and Trapt. The single, “Baptized by the Rio Grande,” streamed nearly a million times, built their audience day by day while performances at festivals such as Houston Open Air, as well as Rocklahoma, brought aggressive riffs and lyrics of substance to listeners.

Then, in January 2017, Sons of Texas joined up with Producer Josh Wilbur (Lamb of God, Gojira) to begin working on their second album, Forged By Fortitude. Scheduled for release on September 22, 2017 via Razor & Tie Records, Forged By Fortitude is a massive assault on the senses and show these boys are not victims of a sophomore jinx.

Firing up to the echo of a sinister bell toll, “Buy In To Sell Out” crushes as the first of eleven tracks bursting with a groove fitting for any mosh pit. Displaying vocals reminiscent of Pantera’s Phil Anselmo, Morales delivers with a vengeance. Morales comments, “‘Buy in to Sell Out’ is just a reflection of the past two and a half years of grinding it out on the road. We were naive and learned a lot. It touches on aspects of everything from the biz to where the state of Rock music is today. It just came out of sheer aggravation and really just me venting my spleen.”

Next up, “Feed the Need” is a song written in dedication to the friends who helped the band along the way, has a great rhythm section and breakdown. Morales states, “I was very inspired and really touched by all of the support fans gave us on the first run.” He then added, “Plenty of people took us under their wing and provided food or a place to stay from Flint, MI all the way down to Atlanta, GA. They didn’t just adopt the music; they adopted us all as well. It’s an homage to them.” This trend of face-melting Metal continues on “Down in the Trenches” and later with the melodic “Expedition to Perdition.”

On a deeper level, “Cast in Stone” begins with a slow, beautiful intro. The track takes the listener on a roller coaster of up and down heavy tempos that will pound the emotion out of anyone looking for a release from the stresses of everyday life. “Turnin’ the Page” is another quality track on the slower, yet deeper side of the album.

Hearing Morales resonate more with his singing,”Beneath the Riverbed,” the first single and video off Forged By Fortitude, is more radio friendly and less edgy than the other tracks. Songs like “Jaded Eyes,” “Wasp Woman,” and “Slam with the Lights On” keep the overall feel of the album. Lastly, the title-track, “Forged By Fortitude,” is a very heavy and brutal way to get your pulse racing.

Carrying the flag for Heavy Metal with Forged By Fortitude, Sons of Texas have written one of those albums a listener can play from top to bottom without skipping a track. Through the music, it is obvious Sons of Texas are in tune with what fans, old and new alike, need from the music. With a classic Heavy Metal style, the music comes across fresh and will satisfy any hunger for a positive emotional release.

Finally, Morales comments, “We’re loud and proud to be from the Deep South Texas.” He went on the say, “That comes through in the record. Where we come from, there’s a hell of a lot of culture. We want to be ambassadors of the valley and show the world what it’s all about.” Continuing, he states, “I hope they walk away thinking that Rock isn’t dead, and there’s still some integrity there. That’s the ultimate goal.” For their unwavering commitment to Metal, CrypticRock gives Sons of Texas’ Forged By Fortitude 4 out of 5 stars. 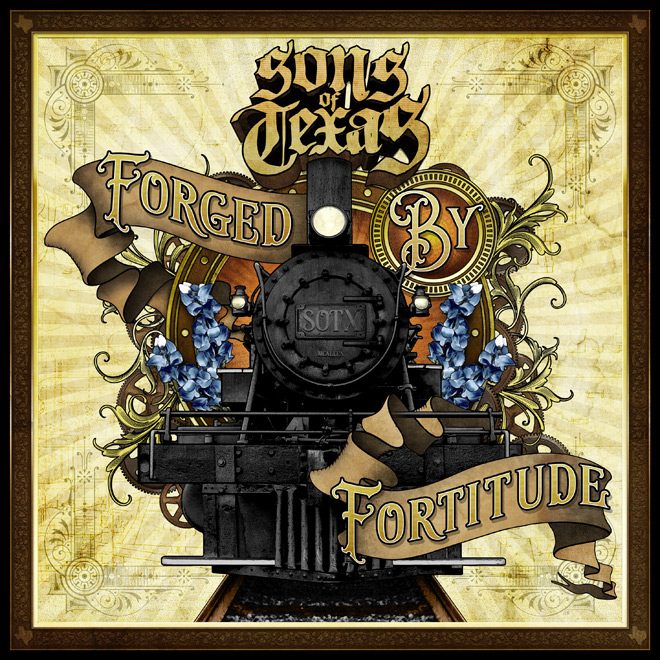