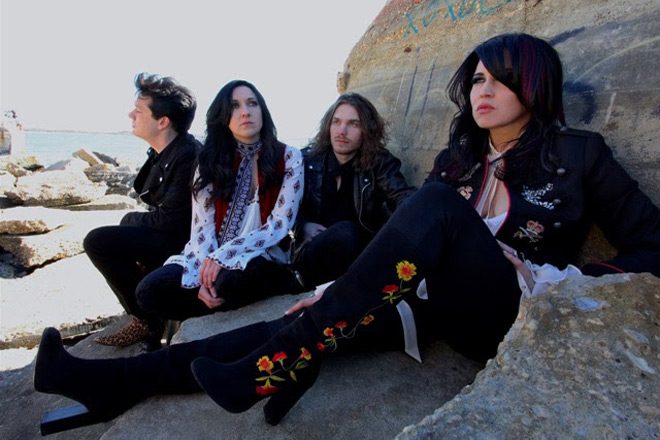 Rock-n-Roll should be unpredictable, naturally rebellious, and, with no question, lively. Sadly, in an age where there are many soundalike bands, Rock fans can walk away feeling unsatisfied and uninspired. That said, music does not need to reinvent itself, it simply needs to be good. Out of Philadelphia, PA, the band Soraia has been doing just that since they began their journey a decade ago as a young group with a dream to rock! Doing just that, the band offers raw emotion filled with indulgent Punk and Rock-n-Roll rhythms. All served up with a touch of nostalgia, Soraia returned on Friday, October 13, 2018 with their latest album, Dead Reckoning.

How fiery are Soraia? Well, Steven Van Zandt, host of Little Steven’s Underground Garage on SiriusXM, chose Soraia’s song “Electrocutioner” as his #1 “Coolest Song of the Year 2016.” Not to mention their tough Punk cover of The Kinks’ “(I’m Not) Like Everybody Else” reached #1 on Rock radio in South America in 2014. Bottomline, this is one band that anyone who fancies themselves a lover of Rock should know about.

This being their fifth studio album, Dead Reckoning definitely shows the band has matured as they cultivated a style that has become their own. That said, front lady ZouZou Mansour has a captivating voice and not to be under sold or underestimated, Travis Smith (bass/vocals), Brianna Sig (drummer), and Mike Reisman (guitar/vocals) are just as talented and expressive.

Twelve songs in total, the album begins with the single “Quicksand,” which is an expression of intensity filled with power riffs and vigor. On “Why,” they deliver the same amount of unhinged emotion. Featuring the lyrics “…. Why don’t you wanna love me, why don’t you wanna love me the way I love you,” it emotes the amount of ardor in Mansour’s voice. Furthermore, it resembles tones from bands like Modern English and The Go -Go’s.

Moving on, “Cupid Killer” is an energetic, vivacious song full of percussion and attitude. Then, changing it up, “Wow” is slow and an enduring expression of sensitivity. This is while “Monster” is a catchy piece with lively drum rhythms and intense lyrics. On “Je Ne Sais Quoi,” roughly translating to “I do not know what,” it is a story about destructive behavior and it could easily become a fan-favorite.

With no shortage of refreshing Rock, “Wandering Star” is yet another marvelous song with guitar riffs reminiscent of yesteryear. Oldie classic “Tears On My Pillow” from Little Anthony and the Imperials may come to mind as Mansour’s powerful, yet melodic voice joins in. Finally, “Black Mood” concludes the album in a haunting and memorable fashion with dreamy guitar work and more soulful vocals.

It is no surprise that their name fits them perfectly, because Soraia means “bright, guiding star” in Arabic. Simply put, they are a talented band, but above all, they offer music that is real and from the heart, without barriers. They are not trying to fit a title, they are just making good music. Each song on Dead Reckoning is different yet so precisely executed. If you are looking for an album with a confounding attitude and great articulation, look no further. For these reasons and many others, CrypticRock gives Dead Reckoning 5 out of 5 stars. 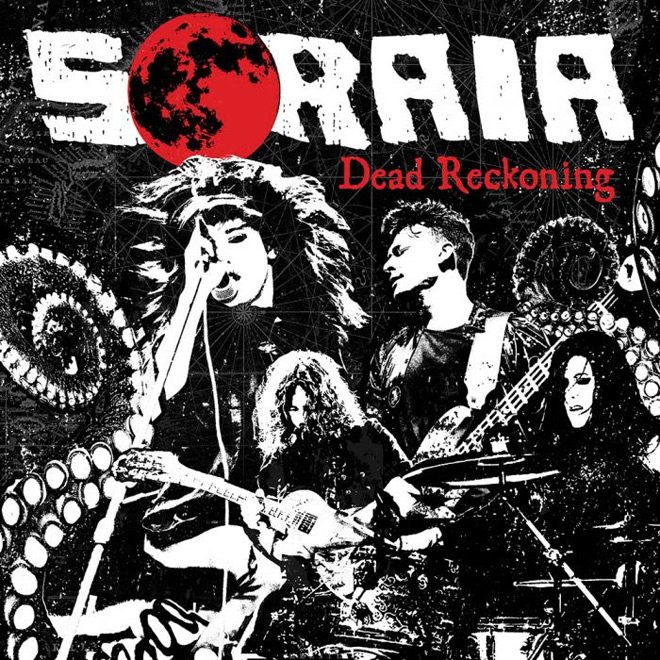