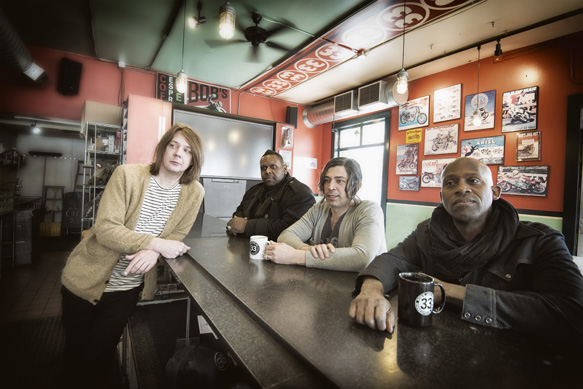 Minneapolis, Minnesota-based Alternative Rock band Soul Asylum has been a force to be reckoned with for thirty-five years. Influenced by local area Punk legends such as Suicide Commandos, the band led by Vocalist/Guitarist Dave Pirner forged their own sound and quickly hit the tour circuit in their home state. Then, in 1984, their dreams came true when signing on with Minnesota’s own Twin/Tone Records to release their debut album Say What You Will…Everything Can Happen. Sleeping on floors and not eating the best food, the band continued on for many years, releasing four more studio albums before really breaking into the mainstream with their 1992 Columbia Records debut, Grave Dancers Union. Anchored by hit singles such as “Somebody to Shove,” “Black Gold,” and of course, “Runaway Train,” Grave Dancers Union has since gone triple platinum.

Following up their commercial success strong in 1995 with Let Your Dim Light Shine, 1998’s Candy from a Stranger would be their final record of the millennium and with an uncertain future. Taking time to reassess what they wanted, tragedy struck in 2005 when long-time Bassist and friend Karl Mueller passed from cancer. Extremely emotional from the loss, Pirner carried on and returned with Soul Asylum in 2006 with The Silver Lining. A record well-received by fans, Soul Asylum would continue on touring with a few different lineups and has been settled with Drummer Michael Bland, Bassist Winston Roye, as well as Guitarist Justin Sharbono since around 2012. Now following up four years after the impressive Delayed Reaction record, the band is back with Change of Fortune. Released via new label Entertainment One, Change of Fortune is the band’s eleventh overall album and was released as of March 18th.

A record a few years in the making, Change of Fortune is twelve tracks of high energy beginning with “Supersonic” as sound effects bring in an upbeat melody as the group seems to sing about addiction. Next, “Can’t Help It” has a Funk vibe driven by a sharp guitar riff with the banding singing about temptation. Moving on, “Doomsday” has a hair band flavor, but with Soul Asylum sensibilities with Pirner’s unique vocal inflections while he sings of the inevitability of the end of the world coming, but not now, so live it up. Cellos lead into “Ladies Man.”  This track has a Pop-like feel as the melody progresses, then, listening to the lyrics, the tongue-in-cheekiness comes through by the end, “He’s a ladies man/and she’s a lady…man.”

“When I See You” takes some light, retro Electronica and mashes some Pop to come up with a catchy tune that has a confessional feel as the message of being the person you really are. A high-tempo anthemic beat is “Moonshine.” This track has a fun melody, but there seems a bit of uncertainty as Pirner wonders if the good time is genuine, or helped with drink. Going harder, “Make It Real” has a drum-driven melody with the guitars shredding in the accompaniment. The group seems to sing of someone who spins a web of stories that there is no possible way they can make true. Returning to the Funk flavor, “Dealing” has an “I told you so” vibe to the beat with the head-bobbing drumline as the guitar slides in as the group seems to continue the last track’s theme, but taking it further with the person being out.

“Don’t Bother Me” has a mid-tempo, “take it in stride” melody, literally. This song has an Alternative Folk/Pop beat that accompanies the lyrics that talk about rolling with the punches of life. Pirner’s voice gives “Morgan’s Dog” the Black Comedy, story-esque delivery it needs with the mid-tempo, Folksy melody. This track just needs to be experienced. The album’s title track, “Change of Fortune,” is a Ska-esque intro followed by an Alternative/Psychedelic melody with a hip, laid back vibe where the band sings of life not always being one-note. Change of Fortune draws to a close with “Cool,” a funky finale with tasty riffs as the band wants to know if they are cool enough for their ladies.

Soul Asylum’s long career has had extreme highs and lows to channel those feelings into a fun, sometimes confessional set of songs that are relatable without being preachy. This latest effort sees the band expand their horizons and push the envelope in a variety of different directions. In all, it is successful and Soul Asylum should finally get the attention they deserve as one of the best Alternative Rock bands of the last three decades. With that said, CrypticRock gives Change of Fortune 5 out of 5 stars. 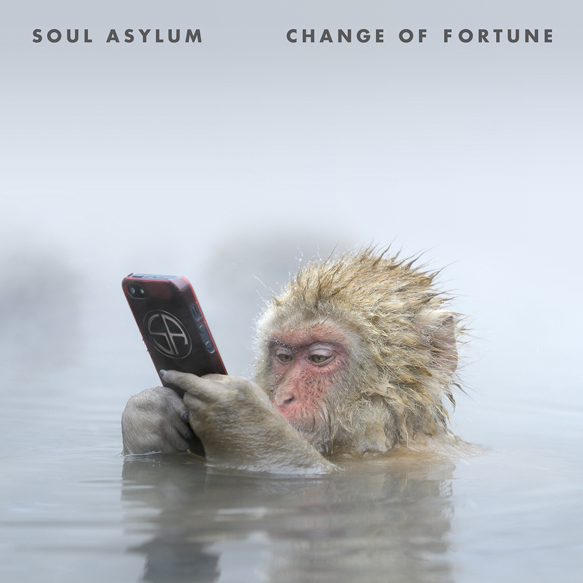