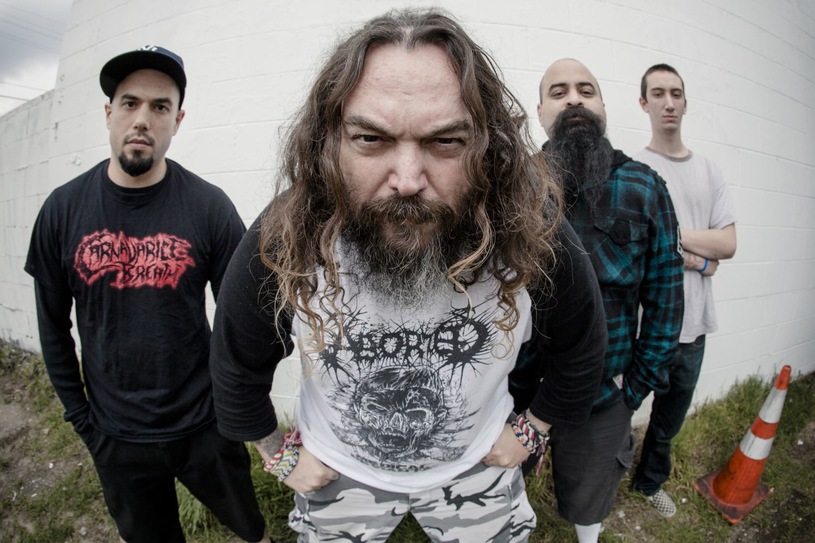 Max Cavalera split from Sepultura, the band he created, back in 1996. Since that time he has been the driving force behind Soulfly. Nearly twenty years later, Cavalera himself shows no desire to throttle back his output, as he has kept Soulfly moving forward and prolific through many lineup changes. Today, he remains the only original member of the band. As if Soulfly was not enough to keep this Metal icon busy, he also fronts Cavalera Conspiracy were his brother Igor plays drums and is co-founder of Killer Be Killed. To date, Soulfly has released ten studio albums including their latest; a fast, heavy, and brutal affair called Archangel. Released on August 14th via Nuclear Blast Records, Archangel contains ten tracks of fury as well as many special guests. Among those, Cavalera enlisted the help of producer Matt Hyde (Slayer, Monster Magnet, and Children of Bodom) and the album features beautiful cover art by Eliran Kantor. Joining Max Cavalera playing guitar and handling lead vocals are Marc Rizzo on guitar, Tony Campos on bass guitar, and Zyon Cavalera, son of Max, on drums.

The record begins with the chaotic “We Sold Our Souls To Metal.” It blasts out of the gate with heavy drums and a guttural growl from Cavalera, before Rizzo adds some blistering guitars to this opening anthem. The chaos gives way to angelic voices and atmospheric guitars behind a spoken word in an unfamiliar language that begins the second track, “Archangel.” As it begins, the track is heavier and more focused, featuring nice guitar work, impassioned vocals, and a solid groove. “Archangel” Moves nicely between heavy grooves and Thrash feels, ending with distorted drums and angelic voices heard more clearly. Leading into “Sodomites,” the stomping tune begins with a reciting of Ezekiel 6:3:47, and later, Genesis 19:24, before closing out with a fast Thrash crescendo. Guesting on this track is Todd Jones of Nails who does a great job adding depth and raw emotion to the track. “Sodomites” has a catchy chorus with Cavalera’s soul-scratching growl. Next up is “Ishtar Rising.” Groove heavy riffs populate this track as Cavalera shows off tight rhythms and solid feel.

Picking up the pace again is “Live Life Hard.” Enlisting the help of Matt Young of King Parrot, Soulfly accomplishes a smooth meshing of vocal styles that ups the attitude factor. “Shamash” begins with a chant before giving way to a crushing downbeat. Full of movement and tremolo, along with blistering lead work at the end by Rizzo, this track delivers pure speed. “Bethlehem’s Blood” introduces horns seemingly from a nearby mountaintop along with some acoustic guitar to the effect of an interesting departure, the kind you sort of miss when it is gone. “Titans” is a straight up head-smasher, a great opening groove that then opens up to a driving Thrasher, then a heavy breakdown; a bit of everything, even a choral interlude. “Deceiver” offers a slightly more melodic vocal, at a straight ahead breakneck pace. This track also offers more Rizzo and more shredding. Cavalera provides razor sharp, complex riffs underneath it all. “Mother of Dragons” explodes in a cacophony of speed and power, and when it throttles back to a heavy groove, it showcases blazing lead work from Rizzo and powerful gang vocals from not one but two Cavalera offspring. Igor Jr. of Lody Kong and Richie Cavalera of Incite contribute to the track along with Master of Persia frontwoman Anahid M.O.P..

A more concentrated offering from Soulfly than in the past, Archangel comes in at only thirty-six minutes. In this case, less is more as the music is heavy, powerful, and violent. The record has a biblical theme, but does not get bogged down in the subject matter. Matt Hyde has produced a great sounding record using all of the components to their fullest. The drums are big, the bass is tight, the guitars are sharp, and the vocals are in your face. Cavalera added interesting guest musicians and has once again offered up a strong record filled with passion. CrypticRock gives Archangel  3.5 out of 5 stars. 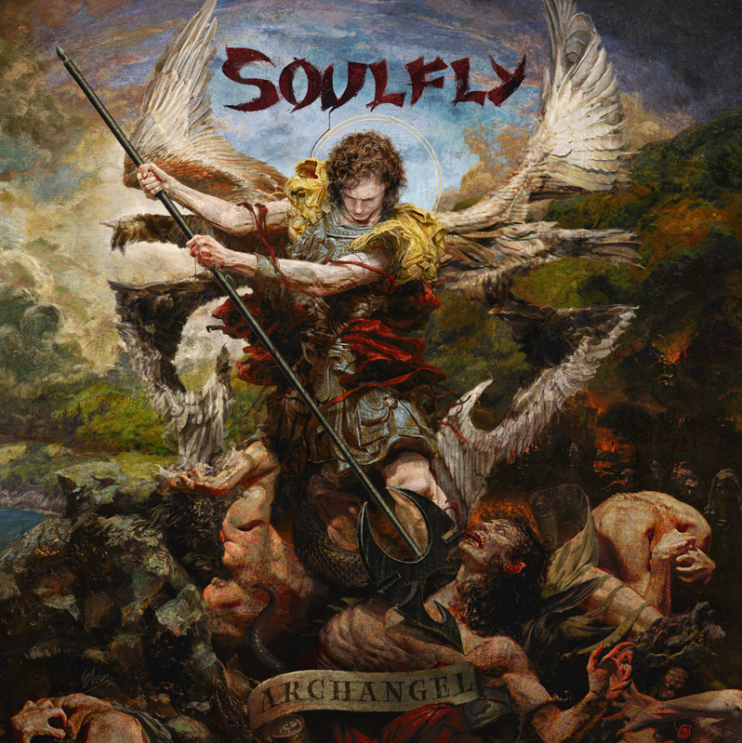