As time marches on, cancer continues to be a leading cause of death worldwide. Having taken the lives of so many, fortunately, strides are being made to eradicate the heartless disease. Of course these breakthroughs are not reached without research, and research requires financial assistance. Thankfully, there are good people who devote time and energy to aid in making cancer a thing of the past.

One of many casts, in 2014, Rhonda Stefanski was diagnosed with stage 4 pancreatic cancer. Tragically losing her battle, behind her she left Rhonda’s Kiss, an special event to raise money to help those in the inner city who receive a cancer diagnosis, but may be unable to afford it. An annual event to raise money, but also provide support, education, and screening for those in need, on Friday, December 8th, 2017 there was something wonderful going on at the Hollywood Palladium in Los Angeles, California.

An evening filled with hope, Alternative Rock band Jane’s Addiction headlined the Rhonda’s Kiss Benefit Concert for Cancer intended to help Cedar Sinai patients who were diagnosed with their financial burdens. Scheduled to begin at 7:30 PM, with a very subtlety advertised opener, Jane’s Addiction were set for 9 PM at the headline spot. Additionally, the benefit was hosted by Comedian Greg Behrendt.

Among other musical interpretations included a presentation of the “Healing & Hope Award” to Dr. Keith Black, M.D. at the Cedars-Sinai Medical Center that was proudly given out, and they also auctioned off a guitar in the midst of it all as well. Prior to the event, there was a red carpet session set up for photos and interviews outside that provided an exciting opportunity for those able to be the early arrivals. 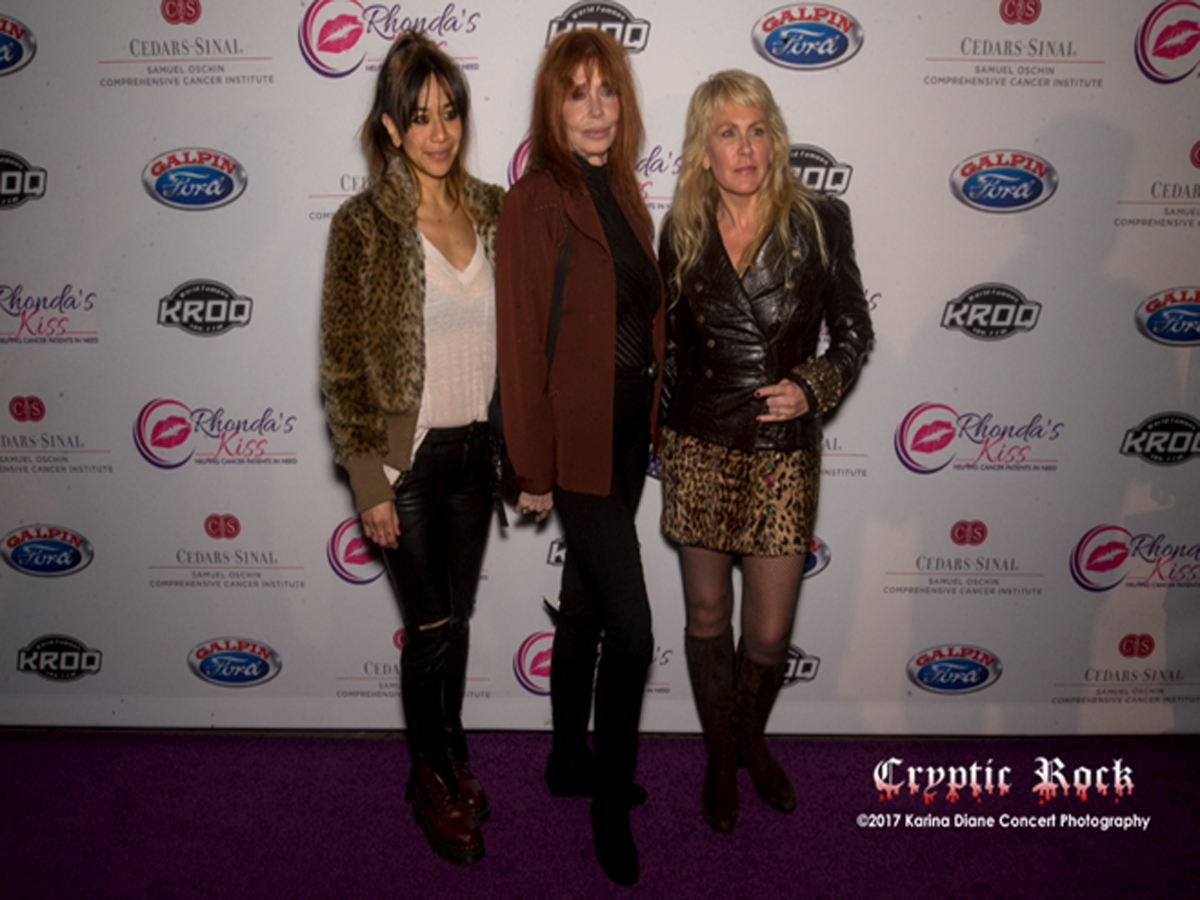 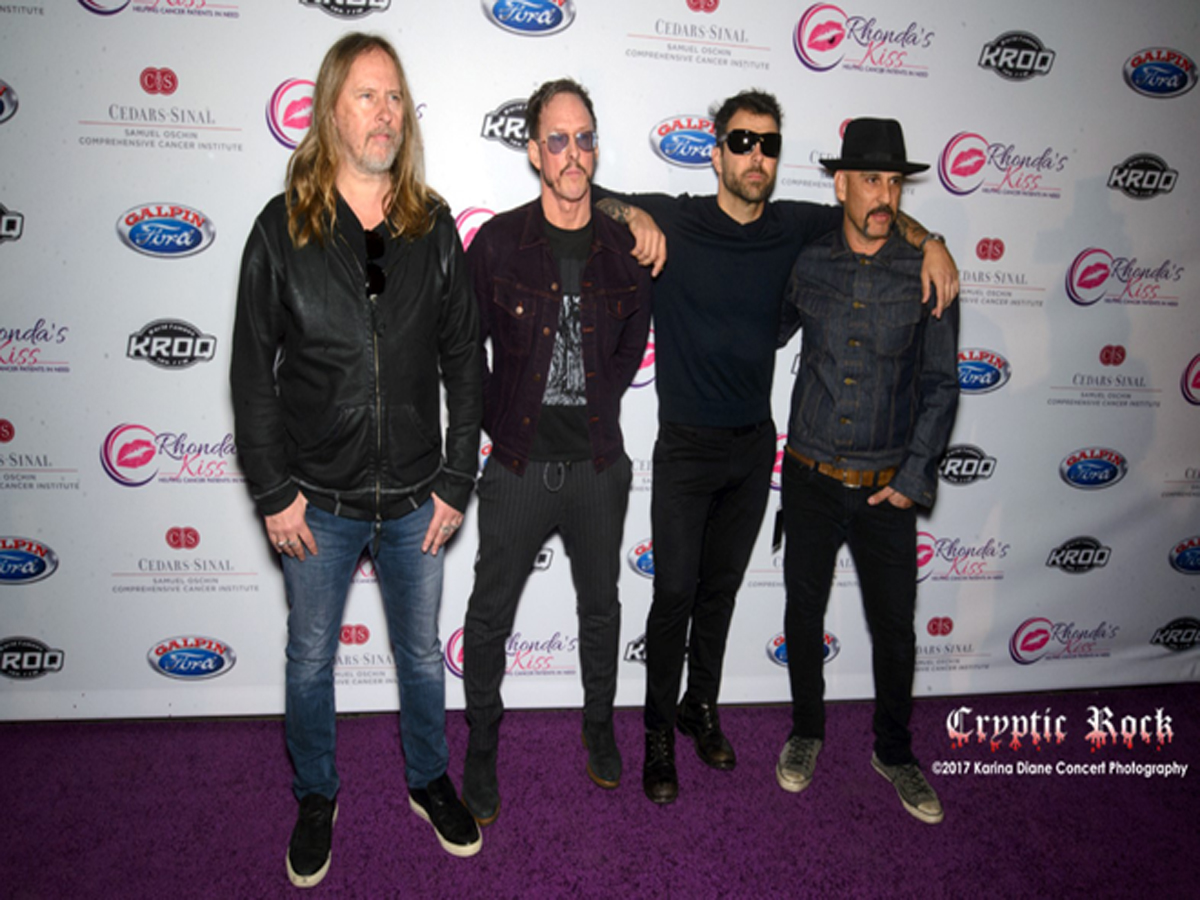 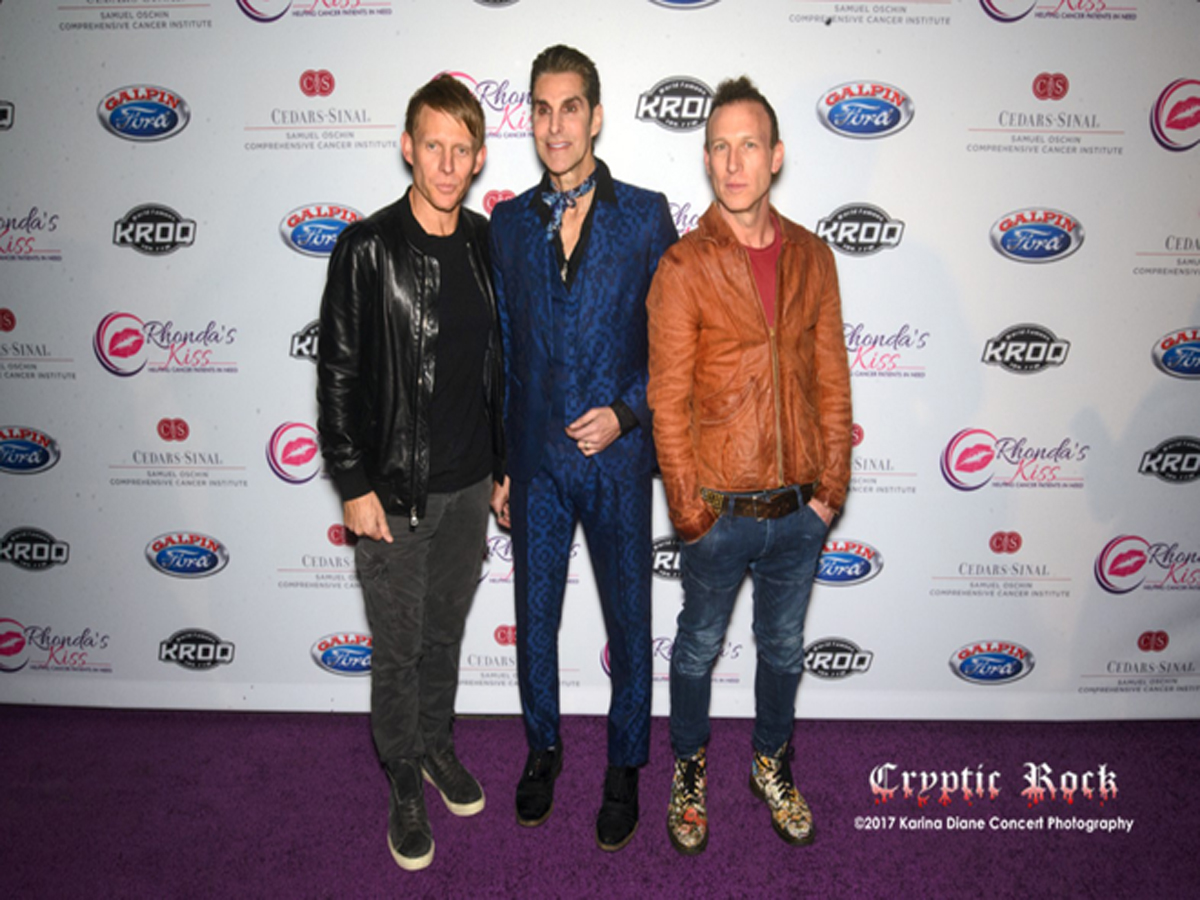 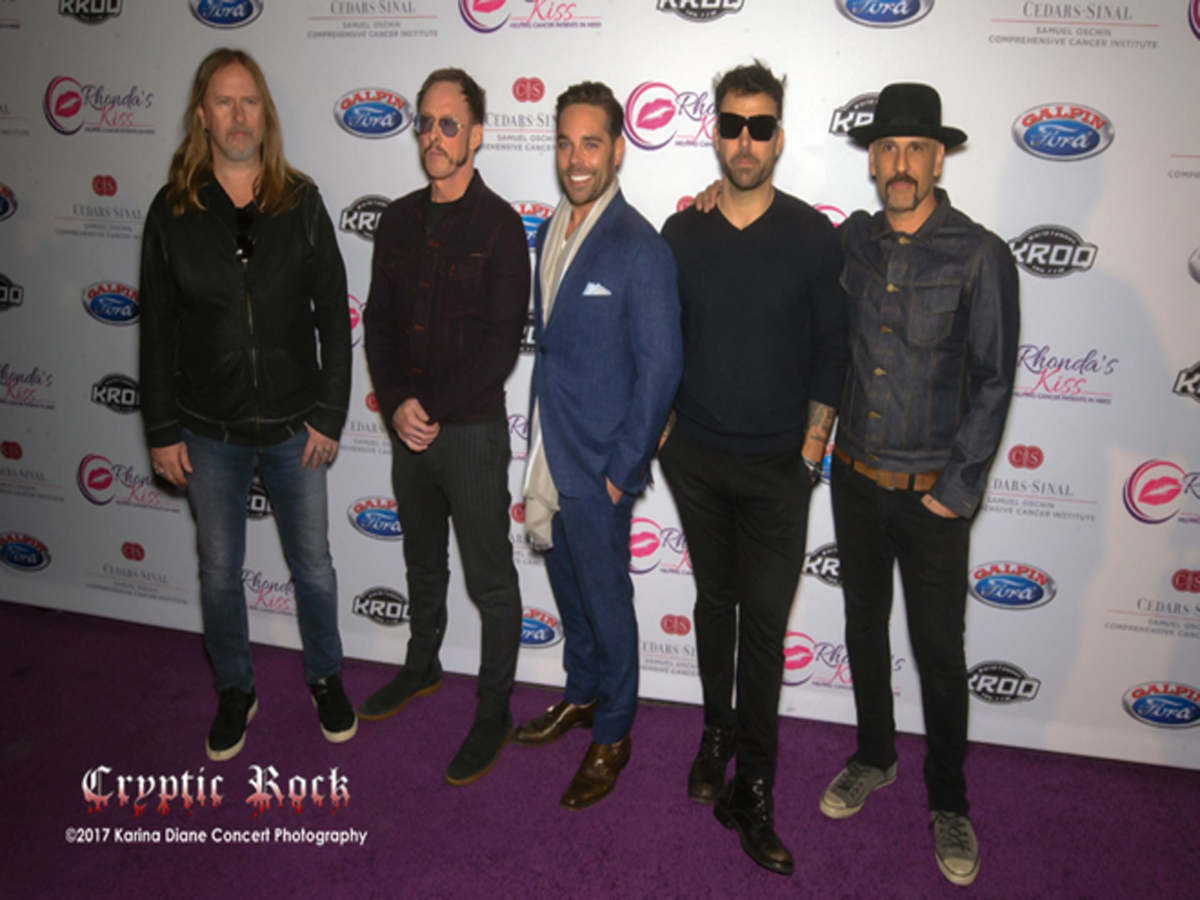 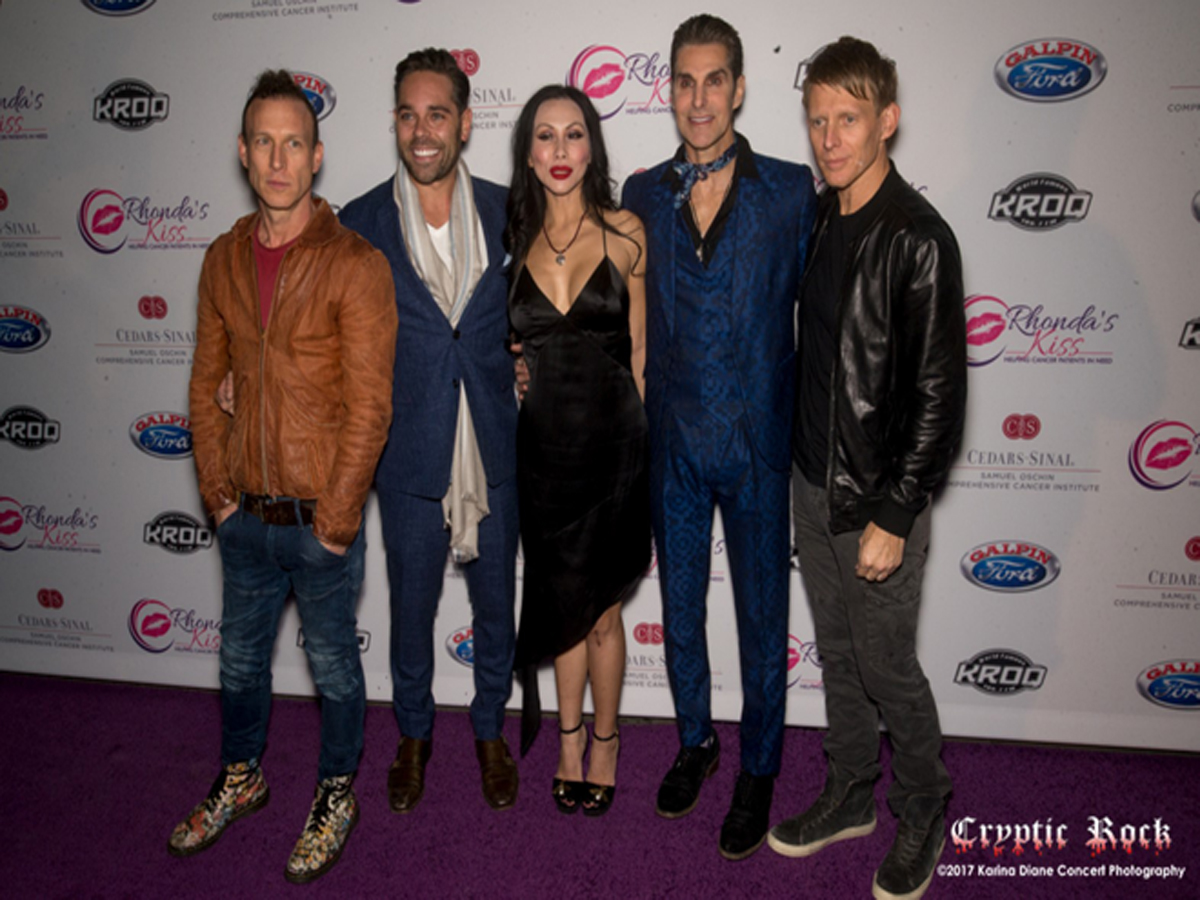 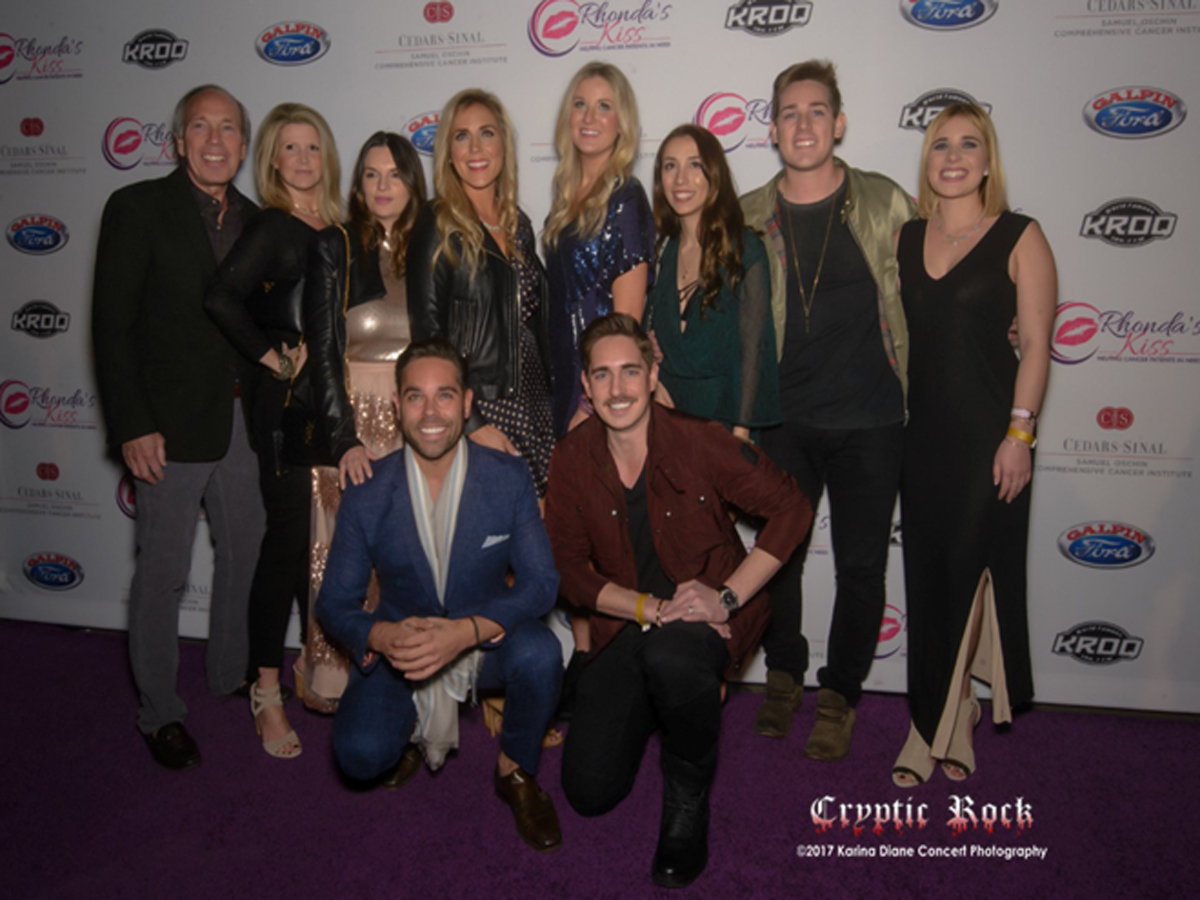 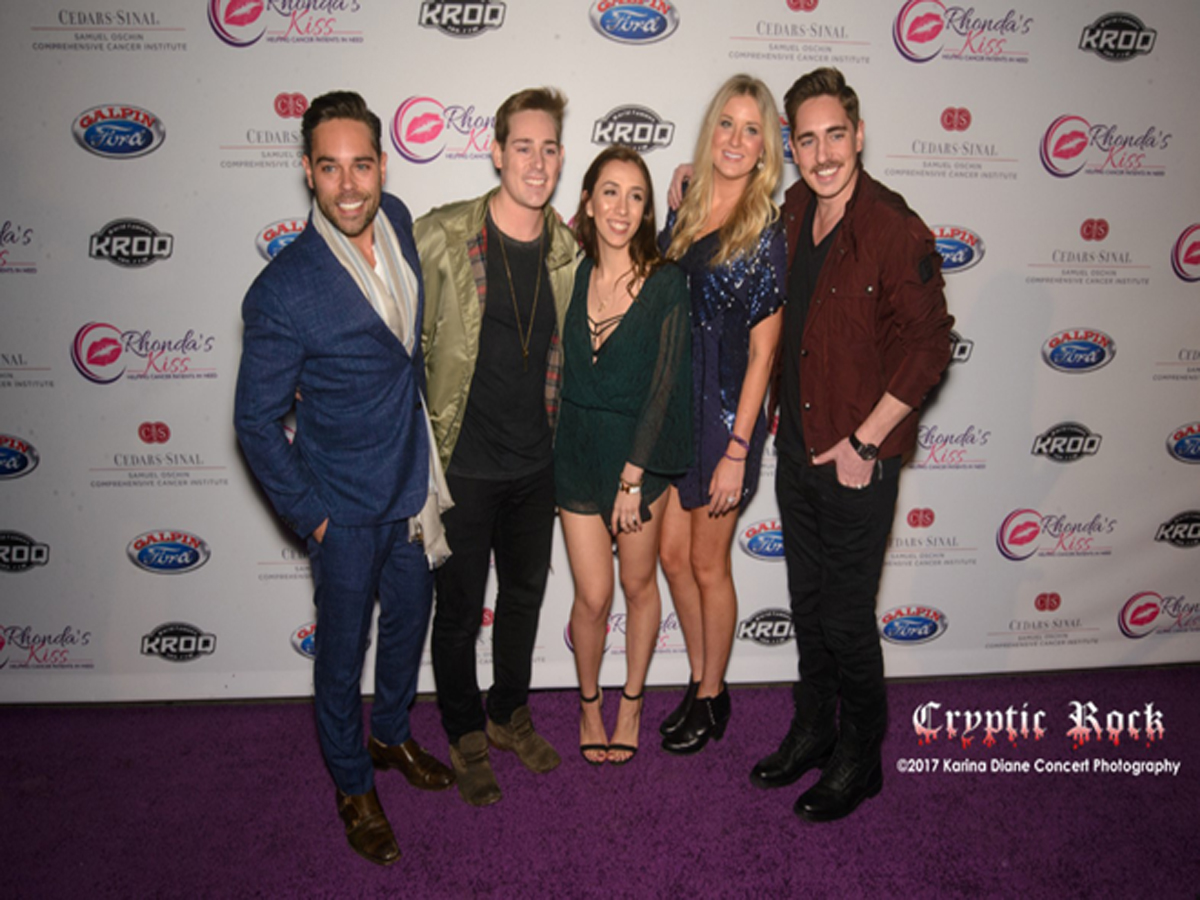 Regarding the concert itself, The “surprise” opening act for the evening turned out to be The Hellcat Saints, which is a super group of rotating members. For this occasion, they were comprised of Frankie Perez (Apocalyptica), Billy Duffy (The Cult), Jerry Cantrell (Alice in Chains), Josh Freese (NIN, Devo), Scott Shriner (Weezer), and Frank Kushner (Velvet Revolver). One heck of a lineup, they set the vibe off with a cover of “Down” by Stone Temple Pilots followed by a cover of Tool’s “Sober.”

Next, it was off to explore more familiar territory by The Hellcat Saints diving into two classics by The Cult, and two gems from Alice in Chains. Although, arguably the biggest highlight of their set was witnessing the stellar vocals of Jerry Cantrell on a cover of Thin Lizzy’s “Jailbreak,” both unexpected and unique to say the least. While all members carried their own weight, Cantrell was the icing on the cake with his exceptional guitar skills and vocals that remain strong after all these years with Alice in Chains.

As the lines for the alcohol grew, so did the anticipation. While some previous Rock-n-Roll occasions at the Hollywood Palladium have been disappointing due to sound quality, the Rhonda’s Kiss Benefit Concert was exceptional. Fortunately, on this night, the sound was as good as it gets, especially once Jane’s Addiction busted out onto the stage. A short but sweet eight song set, the band was revved up and ready to go.

Featuring songs primarily from their oldest albums, they showed no sign of age. In fact, as unofficial ritual, there always seems to be a point in their set where a now fifty-eight year old Perry Farrell jokes about a now fifty year old Dave Navarro not remembering the last show they played. It never gets old since they both appear to be in their prime, plus as healthy as can be.

The vocals were spot on in range and pitch and Navarro was on fire, perfecting the riffs. This combination of dynamics fit the bill with ease, nostalgia, offering a set full of excitement. Opening with “Stop,” Jane’s Addiction made quite the impact before jumping into “Just Because” and “Ain’t No Right,” then knocking the ball out of the park with “Been Caught Stealing.” Of course the finalizing of the night with the ever popular “Jane Says” worked out as smashingly good as would be expected.

Not to be overlooked, the highlight of the evening was an extra special version of “Three Days” that included great solos from Navarro along with fun, provocative dance moves performed by Perry Farrell’s wife Etty and a friend. There was also a moment of acoustic and an addition of bongos at one point during the set, and all flowed through with success.

As some patrons paid a hearty price to attend the show, it was all for a great cause as nearly everyone knows someone affected by cancer who could use the donations. Making it extra unique, Jane’s Addiction was a perfectly peaceful and fairly universally popular Rock band to fill the shoes needed to pull off the event of a venue the Palladium’s size. While not the answer, music is always at least a temporary cure and healer to any ailment regardless of the nature of the beast. That is why Rhonda’s Kiss Benefit Concert was a plentiful night for everyone involved with hopes for a brighter future. 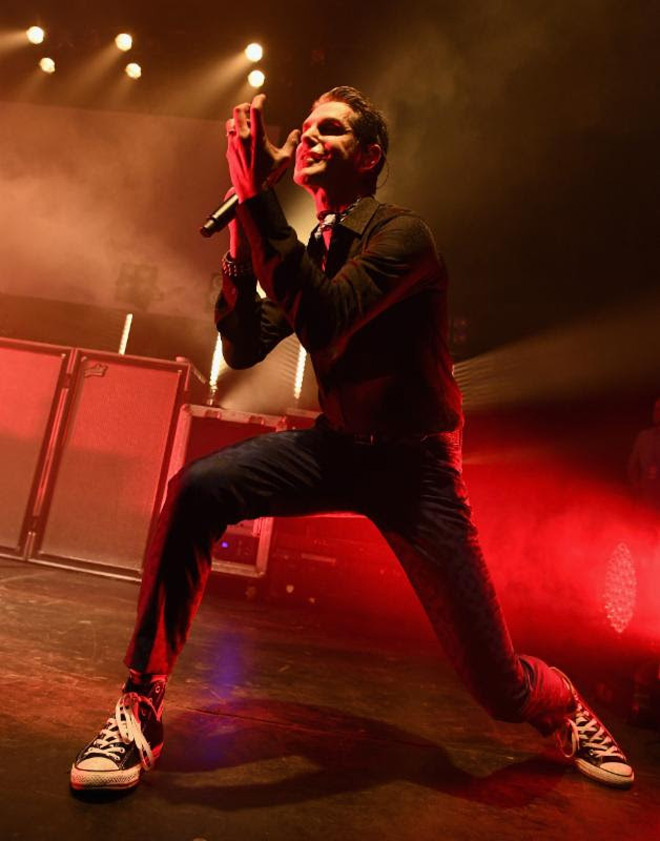 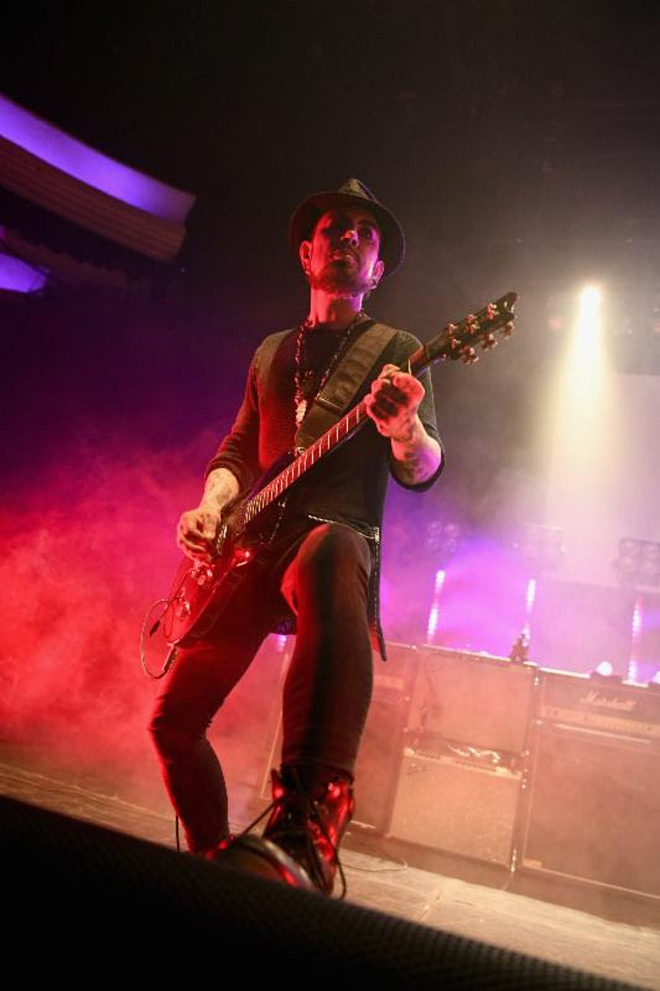 Funds are distributed by local hospitals in areas where money is raised. For more information or to donate directly, contact: rhondaskiss.org