Music should not be really political to be enjoyed to the fullest. Even the so politicized Punk Rock had also produced a slew of good ol’ ballads: Buzzcocks (“Ever Fallen in Love [With Someone You Shouldn’t’ve?]”), The Ramones (“Bye Bye, Baby”), Gen X (“Kiss Me Deadly”), and Descendents (“Get the Time”), to name a few. Even Paul McCartney did sing 42 years ago, “Some people want to fill the world with silly love songs / And what’s wrong with that?”

True, indeed. Much of the music that makes the world go round sang of love, after all. For Spirit of the West, their being “political” was what catapulted them into the heart of the Canadian Alternative Rock music scene. In 1991, the Canadian band released an upbeat rendition of their much-loved song “Political,” garnering for them new legions of fans. However, the chart-topping hit single in its original, more folky version is actually found on their third album, 1988’s Labour Day, which turned thirty this year.

Formed in 1983, in Vancouver, British Columbia, Canada, Spirit of the West began as a Folk group that evolved into a New Wave–classifiable band, especially that its musical roots—Canadian Folk, Celtic Rock, and lots of Irish and Scottish Folk sensibilities—were also some of what became the melodic and catchy blueprint of New Wave music. In the veins of similarly styled bands such as The Waterboys (“The Whole of the Moon”), The Pale Fountains (“Palm of My Hand”), and This Final Frame (“Stories”), that heavily featured Folk-associated instruments like accordion, fiddles, and woodwind instruments. Because of this, Spirit of the West easily blended in as one of the eventual forerunners of Canadian Alternative Rock/Indie Pop in the 1990s. Their first three albums served well as the testaments of this: 1984’s self-titled, 1986’s Tripping Up the Stairs, and the now thirty-year-old Labour Day; and their endurance persisted into the 2000s, unleashing in 2004 Star Trails, which became their tenth and final album.

Released on January 2, 1988, on Stony Plain Records, Labour Day remains to be the creative pinnacle of Spirit of the West, which were comprised by the trio of John Mann (vocals, guitar), Geoffrey Kelly (guitars, flutes, bodhran, vocals), and Hugh McMillan (guitar, bass, banjo, trombone, mandolin, Chapman stick, piano, and keyboards). It opened with the early-morning sunrise vibe and after-a-big-breakfast energy of “Darkhouse.” Following immediately was the compelling and engaging sing-along classic “Political,” which remains to this day as relevant as ever. With its anthemic melodies and lyrical content, it never fails to kindle one’s discursive tendencies. The minimalist-sounding “Profiteers” then pounced next with its bubbling bassline, complementing its scathing lyrical sentiments.

The mood turned slow, relaxing, and atmospheric with the tender timpani trill and sweet yet somber strings of “The Hounds that Wait Outside Your Door,” only to gradually cascade into a flowing-river rhythm of the percussive, Worldbeat-inspired “Runboy.” After a seemingly exhausting bout of proverbial running, Spirit of the West then preluded the ensuing smalltown-inn, merry song “Drinking Man” with the brooding of a contemplating man. By this point, the virtuosic flair of the Spirit of the West trio was really soaring to its peak.

Near the end of day’s spin, Spirit of the West then wore their Honky-Tonk garbs and launched into a trip to the countryside, with the galloping “Expensive/Cinema of Pain.” Another trek to folky and jazzy New Age balladry came next in the form of the flute-dominated “Gottingen Street” – airy, mellifluous, feel-good, head-swaying, and instrumentally bittersweet.

Finally, Spirit of the West drew the curtain down on Labour Day so appropriately with the guitar-flute beauty “Take It from the Source,” going further down into the rustic streams and reflective realms of Folk/Roots music.

As the 1990s progressed, more Folk-rooted bands had joined the flourishing Canadian Alternative Rock scene, notably Crash Test Dummies (“Mmm Mmm Mmm Mmm”) and Barenaked Ladies (“Alternative Girlfriend”), which had become more ubiquitous and commercially popular. However, in a spiritual kind of remembrance, Spirit of the West remains a pioneer and its music is worthy of celebrating and paying homage to. Whether or not you are politically inclined, dig up Labour Day and be comforted by what you will find. 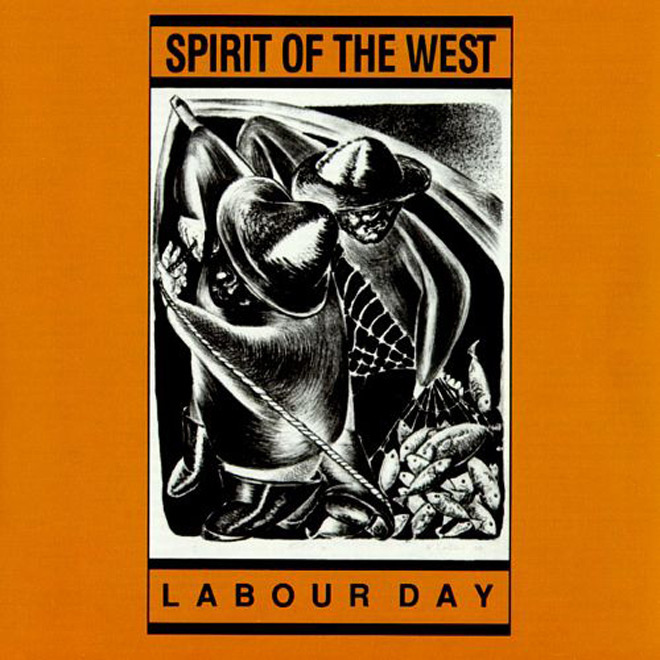