Troy Howarth (Author: So Deadly, So Perverse: 50 Years of Italian Giallo Films and The Haunted World of Mario Bava), unlike many other Fulci biographers, focuses on the entire career of Lucio Fulci. Naturally, the sections pertaining to Zombie, City of the Living Dead, The Beyond, and House By the Cemetery are among the bulkiest, but almost every chapter of Lucio Fulci’s life and career are covered. The book is split into four sections. Beginnings discusses Lucio going to film school and working on documentaries, then meeting his father figure and mentor, Stefano “Steno” Vanzina (Director: Toto In Color 1952, An American in Rome 1954). The next section, Fulci the Screenwriter, talks about twenty-one films that Fulci wrote in some form beginning with L’uomo, la bestia e la virtù (1953), starring Orson Welles (Actor: Citizen Kane 1941, Othello 1952). Fulci shares stories about working with Welles and the chaos on the set of this particular film. Films Directed by Fulci covers all fifty-six films he directed and contains many in-depth interviews with stars of the films, such as Franco Nero (White Fang 1973, Challenge to White Fang 1974), Catriona McColl (City of the Living Dead 1980, The Beyond 1981), Giovanni Lombardo Radice (City of the Living Dead 1980), and Paolo Malco (House By the Cemetery 1981, New York Ripper 1982) to name a few. Films “Presented by” Fulci chronicles the paid use of Fulci’s name attached to certain films in order for them to be appealing in the marketplace such as, Lucio Fulci Presents: The Murder Secret (1988). The final section is called Final Thoughts on Lucio Fulci, which covers his death and funeral. There is a bright spot within: a story about Fulci’s first time visit to America in 1996 for a Horror convention. He was met by filmmaker Scooter McCrae (Director: Shatter Dead 1994 and Betamax 2015), who was in charge of seeing to Fulci’s needs. They they became fast friends, barely speaking about Fulci’s films in favor of his family and other things.

There were two versions of this book published: the standard black and white paperback and a limited hardbound edition with full color photos. Splintered Visions: Lucio Fulci and His Films is a very well written book and gives in-depth detail on the life and times of Lucio Fulci. There are plenty of photos to supplement the large amount of text, with the color version enhancing the reader’s experience.

Lucio Fulci was a relatively quiet person off of the set, choosing not to speak much with media outlets. Splintered Visions: Lucio Fulci and His Films is so extensive and detailed, not just with interviews, but with personal accounts from Lucio Fulci himself. It could also have been titled: Everything You Always Wanted to Know About Lucio Fulci, But Were Afraid to Ask. Released in September of 2015, every Horror fan should open another tab on their browser and order this book immediately, as it is the final word on the legendary Italian gore maestro, Lucio Fulci. CrypticRock gives Splintered Visions: Lucio Fulci and His Films 5 out of 5 stars. 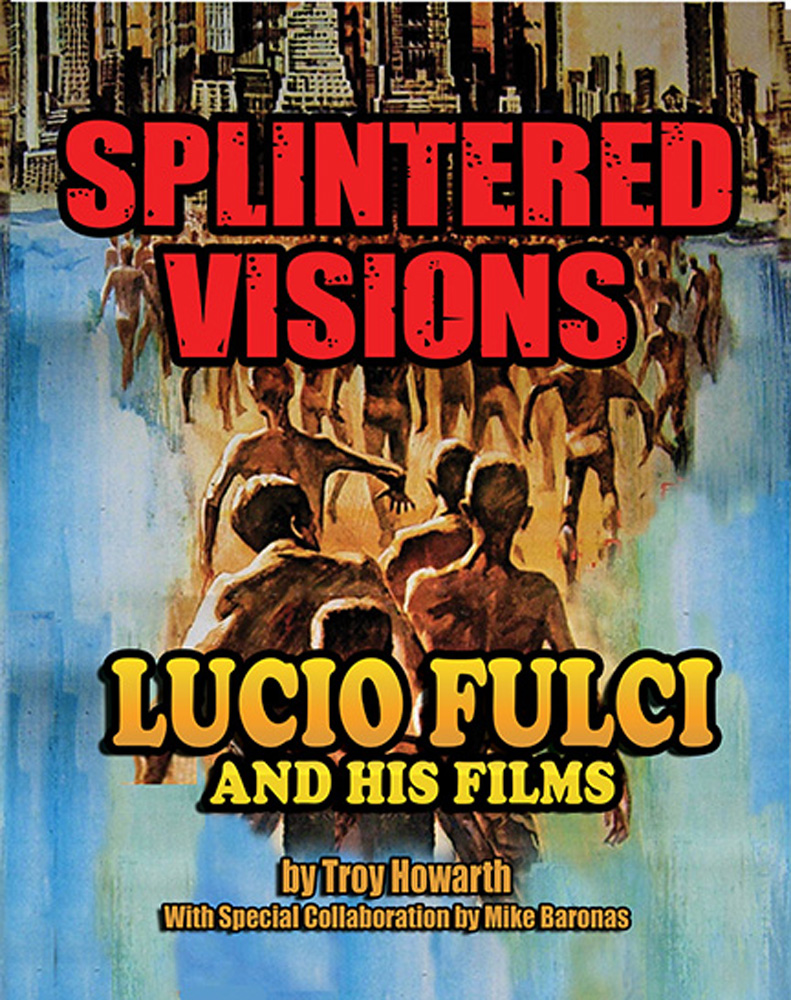 Purchase Splintered Visions: Lucio Fulci and His Films on Amazon