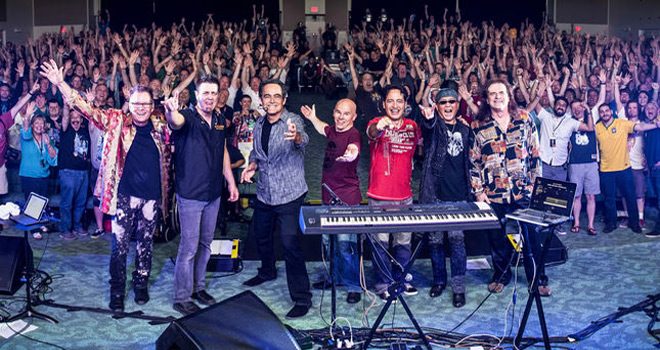 One of America’s premier Progressive Rock bands over the past two plus decades without question is Spock’s Beard. Forming in 1992, out in Los Angeles, CA, by brothers Neal and Alan Morse, Spock’s Beard has released 12 studio albums while building a reputation for their live performances. Speaking of which, they are no stranger to live albums, releasing a slew of them over the years, and now return with their latest, Snow Live.

Set for release on Friday November 10, 2017 on Radiant Records via Metal Blade Records/SONY in multiple formats: 2 DVD/2CD Digipack, 3 LP Vinyl (available in four different colors), 2 Disc Blu-ray, and as a 2 DVD/2 CD/2 Blu-ray pack complete with a 48-page Artbook, poster and postcards, what does it all offer? Well, how about two hours of 2002’s Snow album that has never been performed live, bonus encore material, and a great Documentary of behind the scenes interviews that round out this new release from Spock’s Beard! A double album, the band has never played Snow in its entirety until this documented performance in front of an enthusiastic audience in Nashville, TN back in 2016.

An impressive cast of musicians, Keegan and D’Virgilio are a percussion powerhouse delivering complex time signatures as well as grooves that make the songs flow like water. Even more exciting, reunited are The Morse Brothers and their onstage chemistry that pulls you in. There is also Okumoto, who is a beast of a keyboard player. Whether he is chomping on a Jazz riff or finessing the Hammond organ, he provides the textures and the aural soundscape for the many moods of the songs.

Additionally, Leonard on guitar and Meros on bass/vocals shine throughout the performance and also contribute some of the complex vocal harmonies. For more texture, the band is also joined by a duo of horn players, and, while staging and lighting are minimal, they are fitting to the story. Most of all, it is refreshing to watch a great band like Spock’s Beard display chemistry and interact with each other all while taking the audience with them on the journey.

Beyond the actual live show, the collection also includes some bonus material including a 30-minute encore disc where the band performs many of their classic songs including “June” and other fan-favorites. The performances are all excellent and mix very well with the main concert disc. This is accompanied by the Documentary Snow live behind the scenes, which details the origin of the original concept of the studio album including the numerous re-writes, and the idea behind the main character through the Q&A format. This gives fans in attendance a chance to hear the band in their own words as they describe the emotions that went into the original recording process and the rehearsals and subsequent performances you are viewing.

Overall, if you love Spock’s Beard, you will love this package. The musicianship is amazing and exactly what one would expect from this band. A great holiday gift, CrypticRock gives Snow Live 4.5 out of 5 stars. 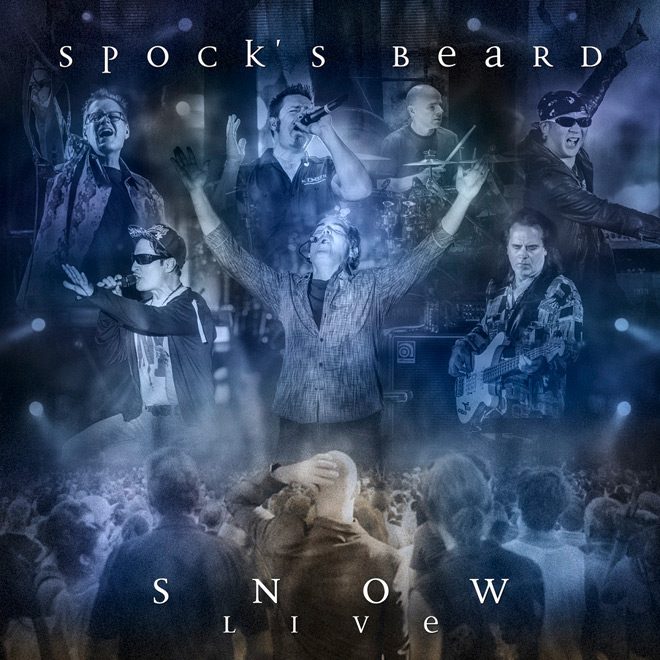