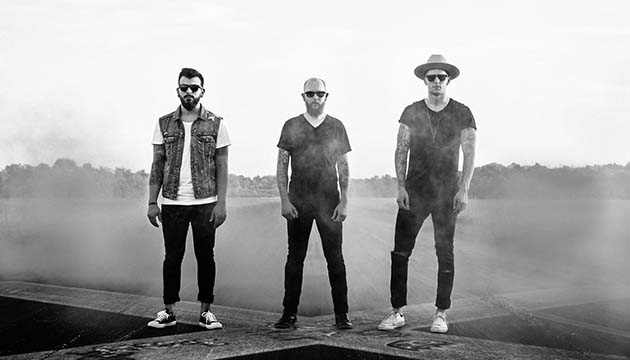 After nineteen years in the music industry, Nashville Metalcore/Hard Rock band Spoken have come a long way after beginning their extensive career with a Rap/Metal fusion sound on their 1997 debut release, On Your Feet. Over time, the band’s sound has evolved, incorporating a heavier and more melodic structure. On their eighth studio album, Breathe Again, released December 11, 2015 via Artery Recordings, Vocalist Matt Baird, Guitarist Scoop Roberts, and Drummer Isaiah Perez have produced fourteen well-crafted tracks that prove their hard work and determination have paid off. The album is a solid offering, driven by Baird’s dynamic vocals and Roberts’ aggressive guitar riffs. Each song easily blends into the next, creating a cohesive and enticing collection of tracks.

The album starts with a chilling intro track that features piano and strings, seamlessly leading into “Walking in My Dreams,” an explosive, heavy-hitting, Hard Rock song that encompasses the band’s ability to deliver soaring and powerful vocals, strong guitar mastery, and bombastic drum beats. While the song is an in-your-face opener, it instantly has the listener singing along due to the catchiness of the chorus. The fast pace and high voltage intensity continues in “Beyond the Stars” and “Surrender.” There is some impressive guitar work with both the speedy riffs and more melodic moments in “Beyond the Stars,” while the transition from dark and aggressive vocals to a softer sound showcase the variety in the band’s arsenal.  “Surrender” attacks with a drum barrage as it begins, but ebbs and flows with emotional and textured vocals. It is a stand-out track that captures the listener instantly.

The title track, “Breathe Again,” featuring Memphis May Fire’s vocalist Matty Mullins, really shines. Once again, the band weaves together moments of hard-hitting Rock and softer melodies to pull the listener in. It is infectious and powerful with a resounding guitar and straightforward lyrics that will have the listener immediately singing along. As Breathe Again progresses, it shows that Spoken has harnessed the perfect ingredients to create a strong and divisive sound. Each song, whether high octane or more laid back, never loses the Hard Rock edge. “All I wanted” is a more mid-tempo, melodic Rock song, but still holds its own against other, more abrasive, tracks.

Another high point on the album comes in the form of the track, “Hollow and Untrue.” The song is full of emotion. It will grip a fist around the listener’s heart and squeeze tight. It is a blistering mix of soaring vocals and relatable lyrics, culminating in a beautiful guitar solo. The band slows things down a bit on “Memories Are Alive” and “Nothing Without You.” Both tracks take on the nature of a Rock ballad and there is a dark, somber meaning to each song that works well with the slowed-down tempo, allowing the listener to fully immerse themselves in the lyrics.

Then, we are once again braced with the force of a raging guitar and gritty vocals in “Poison in the Air,” which sonically reflects lyrics like, “You will deny, You will betray, With every single word you say.” Spoken keeps the blood pumping with “Falling Apart,” which stays true to the sound they have laid down, incorporating vast guitar riffs and hammering drums along with Baird’s passionate vocals. The song tells of internalizing one’s pain, which seems to coincide with the theme set on the rest of the album. There are many references to betrayal and loss and so the tone throughout is often dark. Yet, there is a positive spin to the track “Hold On,” which features the lyrics, “Hold on just a little bit longer, And we will see the light of a new day again.” The song is hopeful as the album draws to a close. The ballad “Take My Breath Away” is the final full track on Breathe Again and beautifully slows things down, building into a declaration of love. It ends the album along with the subsequent outro on an optimistic note, leaving the audience wanting more, which is what a great album should do.

Spoken has been through various changes to their sound over the years. Yet, on Breathe Again, they seem to have found something that really works and showcases all the time and effort they have devoted to growing as a band. There are not any weak links on their latest release, which is an impressive compilation of songs that should make it into any Rock-lover’s collection. CrypticRock gives Breathe Again 4 out of 5 stars. 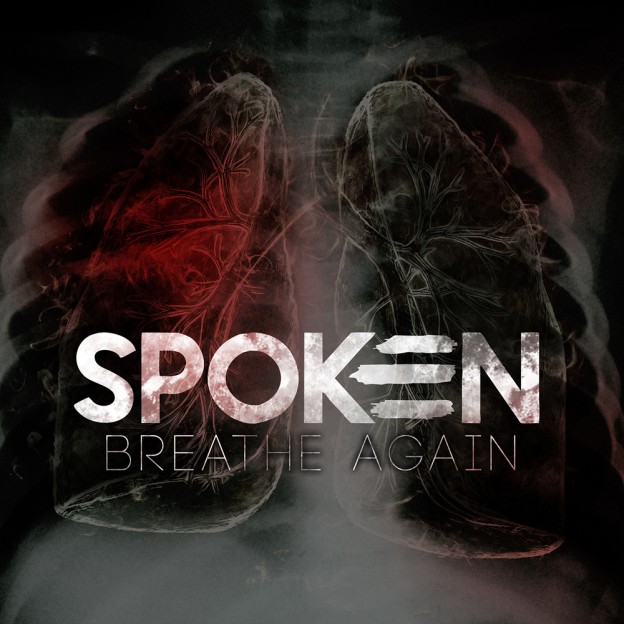