Making spirits bright, on Saturday, December 16, 2017,  Long Island’s 94.3 The Shark presented their third Annual Ho Ho Ho Fest, this year starring Alternative Rock veterans Sponge. A part of Sponge’s select December tour dates, the event would be held at the newly opened Stereo Garden (formerly The Emporium) located in Patchogue Village on Long Island. A brisk Saturday night, less than one week before Christmas, joyful fans dashed into the beautiful new venue to celebrate the holiday season by traveling back to the decade of flannel with one of the most exciting live bands of the era.

Ahead of discussing the show, for those unfamiliar with the band, Sponge burst out of Detroit, Michigan in 1994, diving headfirst into the storied Alternative Rock movement with their debut album, Rotting Pinata. An “overnight” success, Sponge were suddenly all over Alternative Rock radio as hits like “Plowed” and “Molly (16 Candles)” soared to the top of the U.S. Billboard Mainstream and Modern Rock Charts. Needless to say, fans of the genre were instantly captivated as Sponge’s deep lyrics and catchy hooks made for a recipe that touched the soul.

Then, in 1996, the boys from the Motor City topped the charts again, dishing out their sophomore effort, Wax Ecstatic. Skyrocketing to the top, a second blissful mega hit for Sponge, the album bestowed the awesome singles “Wax Ecstatic (To Sell Angelina)” and “Have You Seen Mary,” making Sponge one of the most memorable bands of their time.

In the years since, with six more releases, Sponge have remained consistent in delivering great Rock albums from 1999’s New Pop Sunday all the way to 2016’s The Beer Sessions. Today, Sponge is made up of founder Vinnie Dombroski on vocals, along with Tim Patalan on bass, Billy Adams on drums, as well as Kyle Neely and Andy Patalan on guitars. A unit which has been together a while now, Sponge continue, to enthrall audiences wherever they play. Having said that, Sponge graciously made Long Island their second to last stop of 2017.

Though the weather outside may be on the verge of being frightful, inside things were heating up and the venue was certainly pop’n as the direct support took the stage in the form of Black Circle Project. A tribute band out of Long Island, Black Circle Project – Mike M. (Vocals), Mike G. (Lead Guitar), Roy (Guitar), Jarrad (Drums), and Anthony (Bass) – performed an array of classic Alternate Rock/Grunge hits that made attendees feel like they were in junior high again.

Opening with Nirvana’s “Breed,” Black Circle Project delighted those in attendance, covering nothing short of the best bands and tunes to come out of the era such as Bush’s “Machinehead,” Green Day’s “Brain Stew,” Toadies’ “Possum Kingdom,” Stone Temple Pilots’ “Sex Type Thing,” and Smashing Pumpkins’ “Cherub Rock.” Additionally, covers of Weezer’s “Hashpipe,” Pearl Jam’s “Corduroy,” Nirvana’s “On A Plain,” and Stone Temple Pilots’ “Interstate Love Song” were well appreciated by the upbeat crowd. Lastly, Black Circle Project closed their nostalgic set with a striking cover of Alice In Chains’ “Would,” riling up the crowd for a fun winter night. A great way to start a show, Black Circle Project are worth checking out. 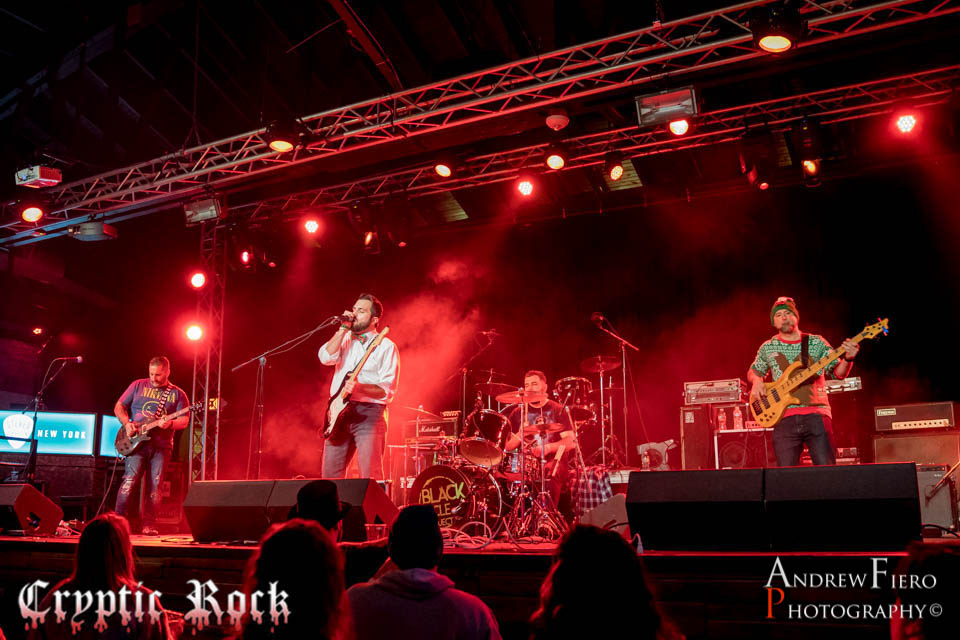 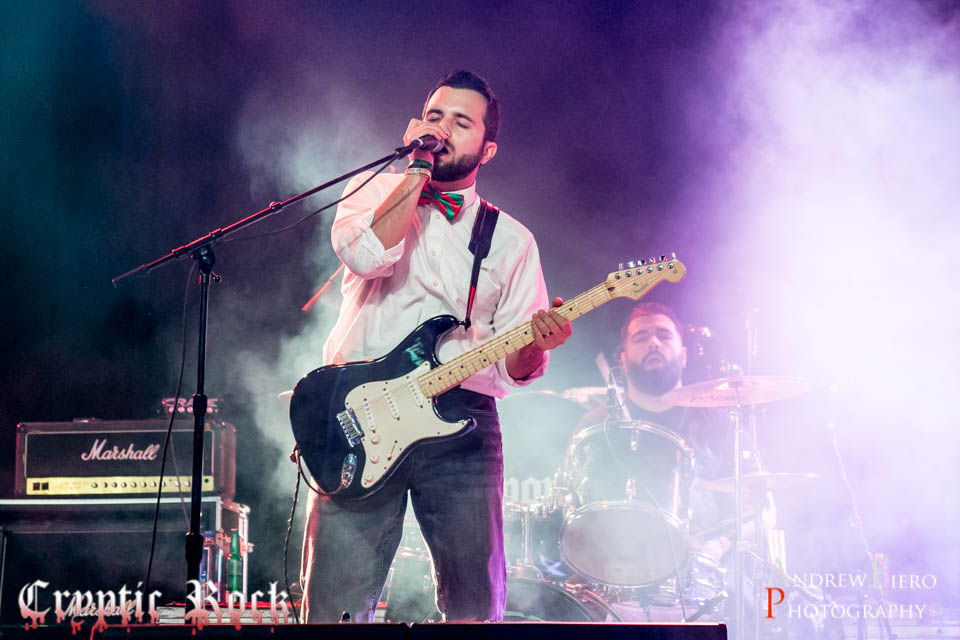 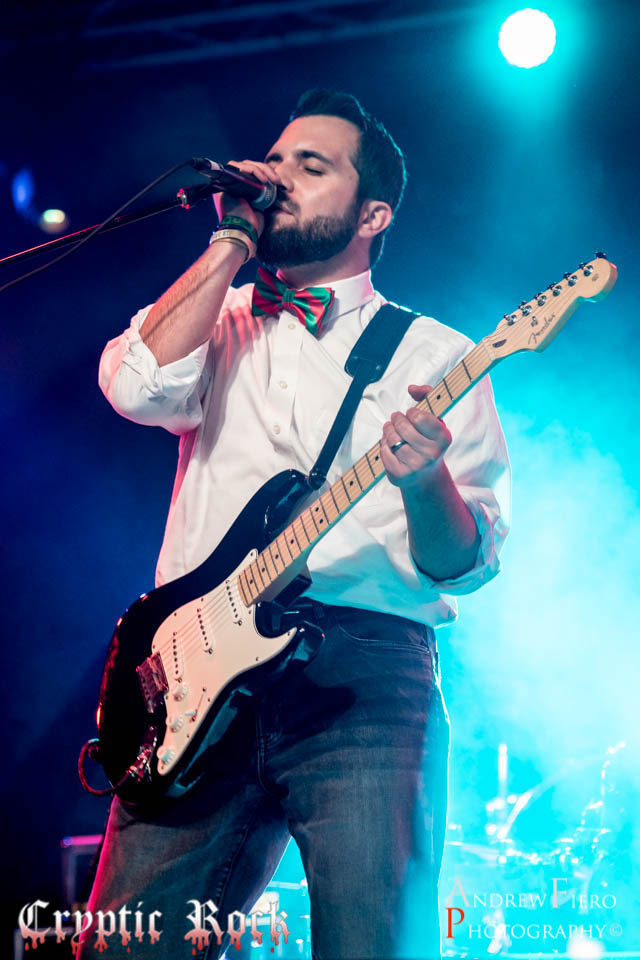 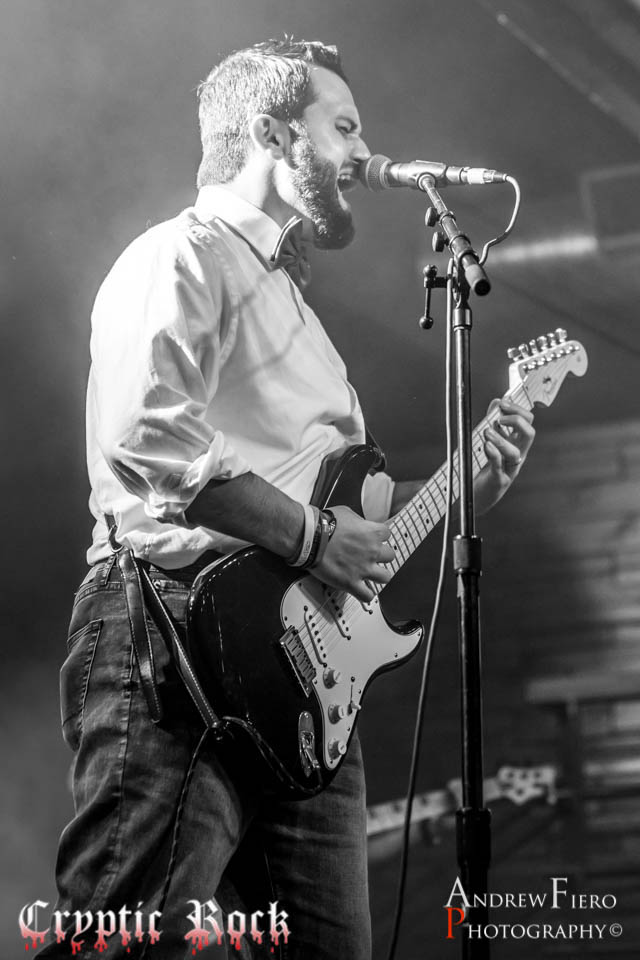 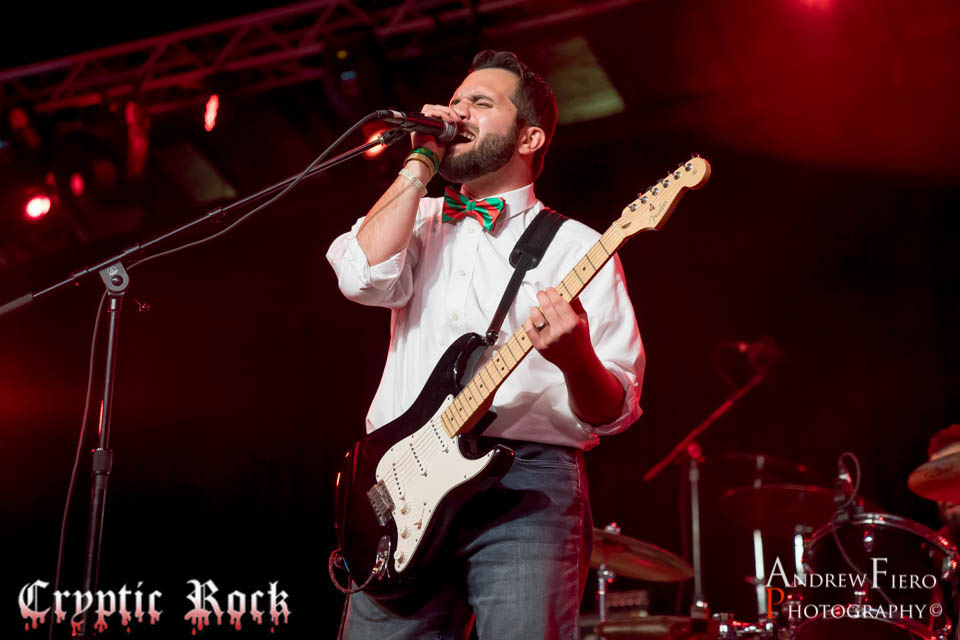 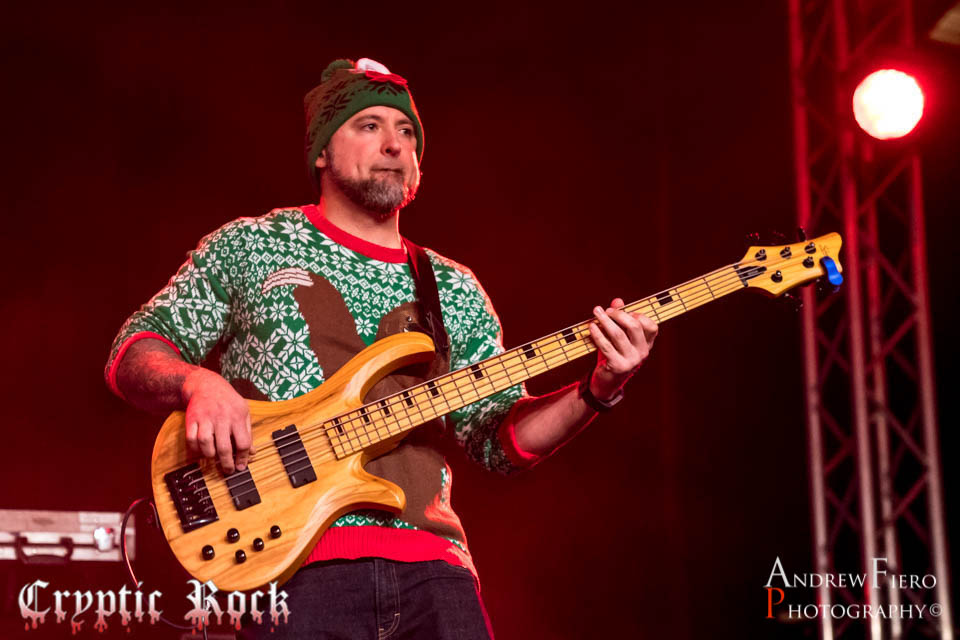 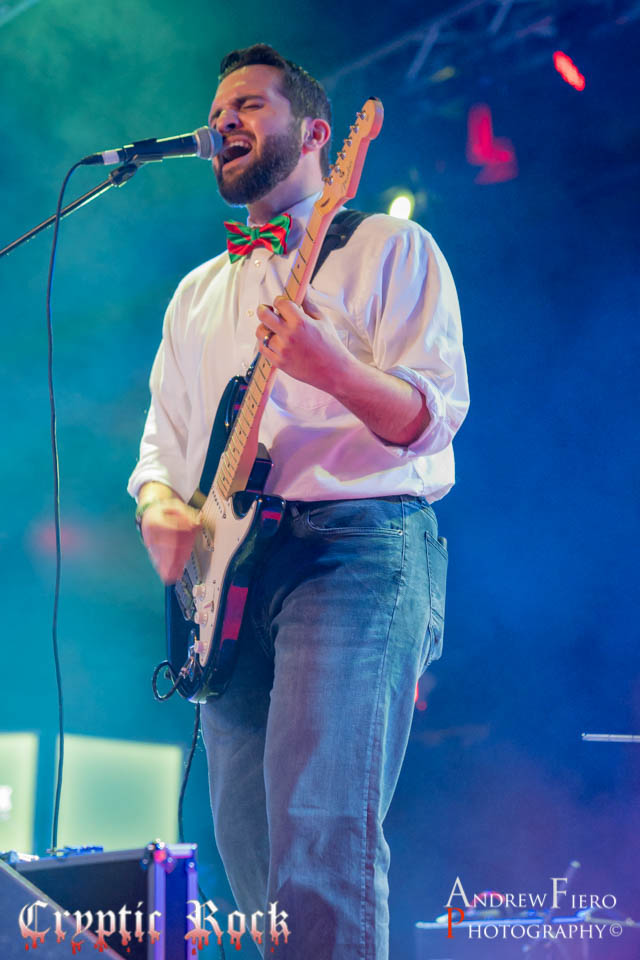 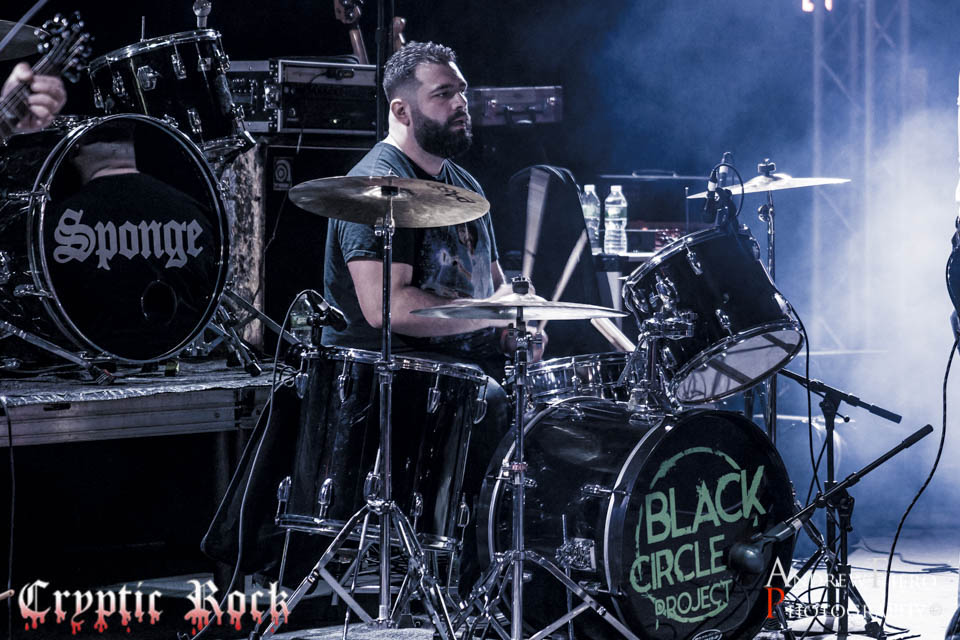 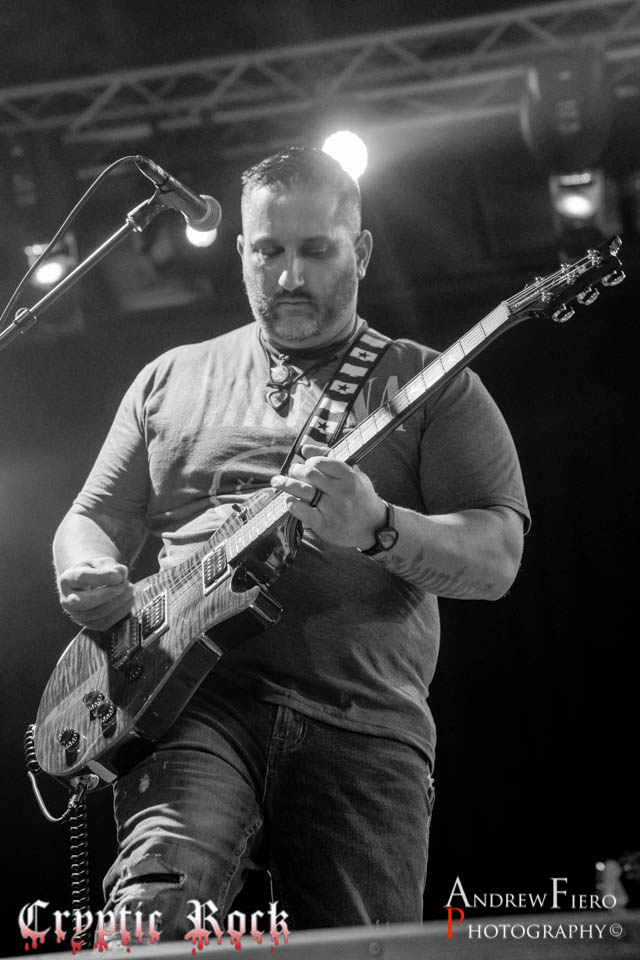 Drinks in hand, you could sense the crowd was all systems go for the main course as Sponge exploded onto the stage in a big way, opening with “Wax Ecstatic (To Sell Angelina)” followed by “Molly (16 Candles),” absolutely blowing the minds of die-hard Sponge fans. Donning sunglasses and a leather jacket, Dombroski held the crowd right in the palm of his hand as the engaging frontman gave a moving performance of  “Rotting Pinata.” Keeping the energy levels high, Sponge fearlessly went on to light up the night thanks to bold renditions of “Neenah Menasha,” “Glue,” and “Pennywheels.”

Carrying on, Sponge tore through some of their finest material with cuts “I Am Anastasia,” “1,000 Times,” and ” Rainin’,” keeping the crowd in awe of how magical the band is in a live setting. Thereafter, Sponge shook the place with the gritty “Silence Is Their Drug” before the sweet “Have You Seen Mary” filled the room with all the beauty of a simple, well-written song.

Nearing the end, brilliant songs like “Drownin'” and “Miles” provided a fine segue into the most anticipated point on the setlist – a performance of Sponge’s biggest hit, “Plowed.” Vividly, Sponge played those unmistakable opening notes to “Plowed” and, like a volcanic eruption, whipped the crowd into a hysteria that only seemed to get bigger as the song went on. In return, the crowd gave Sponge the loudest sing-along of the show as they lost their minds. Hanging onto every lyric, Dombroski sang as if it was some kind of religious experience. Not to be forgotten, the song ended with a long, slow version of the chorus that simply mesmerized the crowd who cheered at the top of their lungs for the boys in Sponge.

In the closing moments, Sponge briefly departed the stage and returned to pay tribute to New York Punk legends The Ramones via a cover of  “Sedated,” making for a great encore. It was so good, the crowd gave Sponge a rousing ovation as Dombroski and company thanked all in attendance for a great night before taking a final bow.

Overall, Sponge truly brought down the house. A welcomed return to Long Island, it was a tremendous set of music permeated with substance and emotion that warmed the hearts of a great crowd on a cold December night. No signs of stopping, Sponge is a band that continues to Rock audiences with their incomparable brand of music. A show well worth the price of admission, go out and witness the Sponge experience when they hit the road again in early 2018! 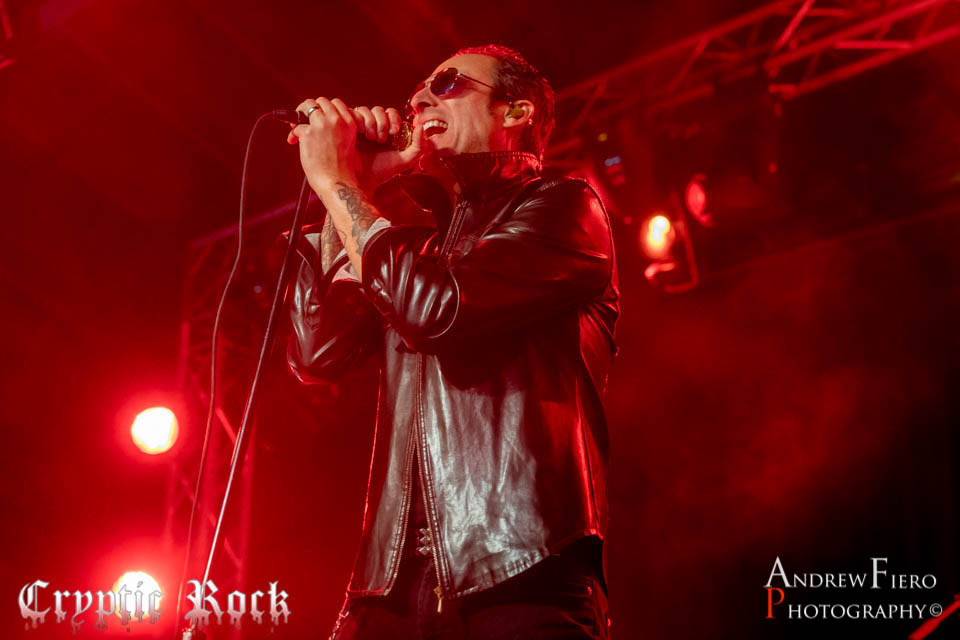 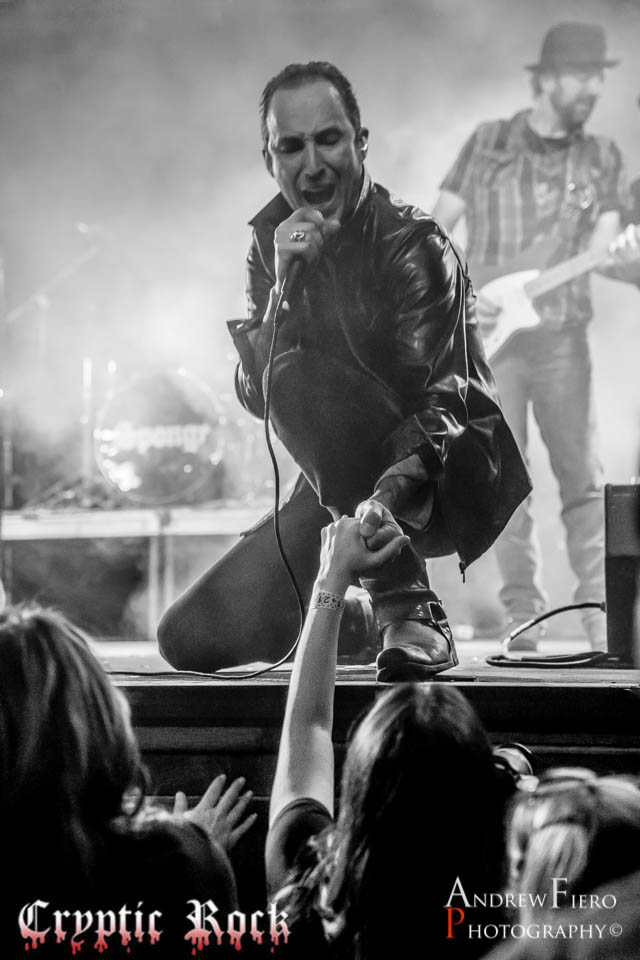 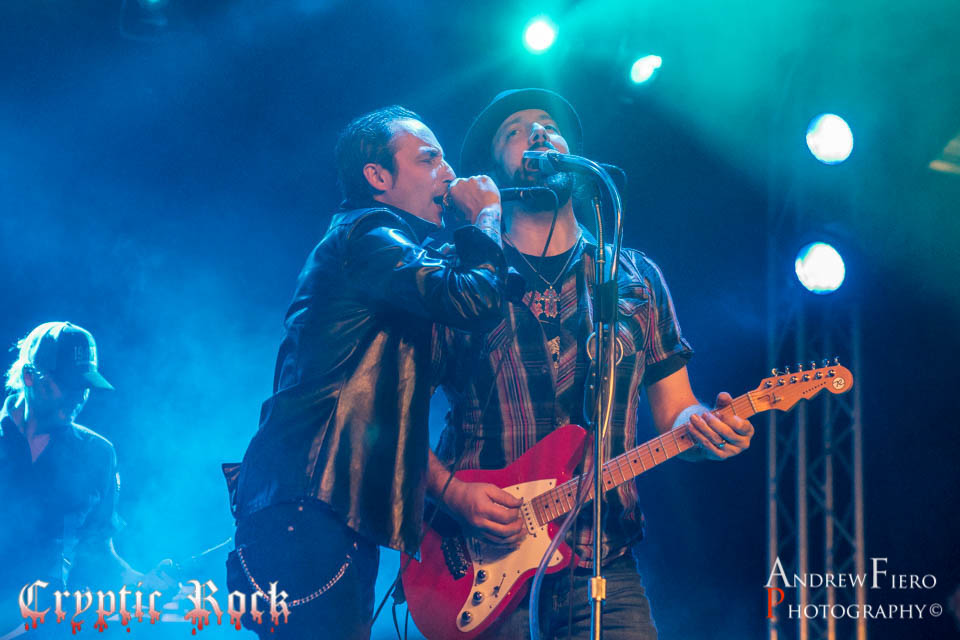 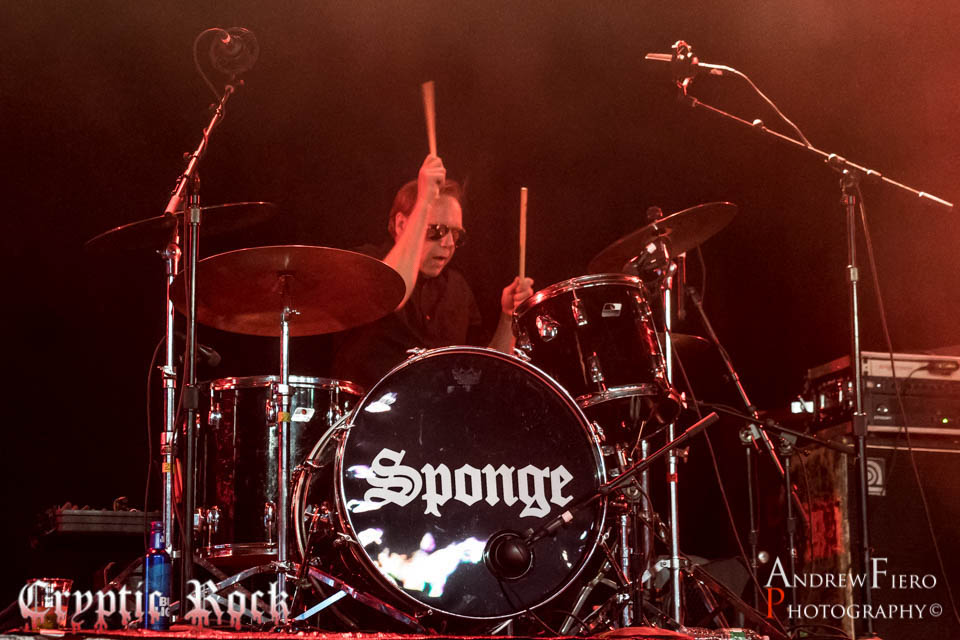 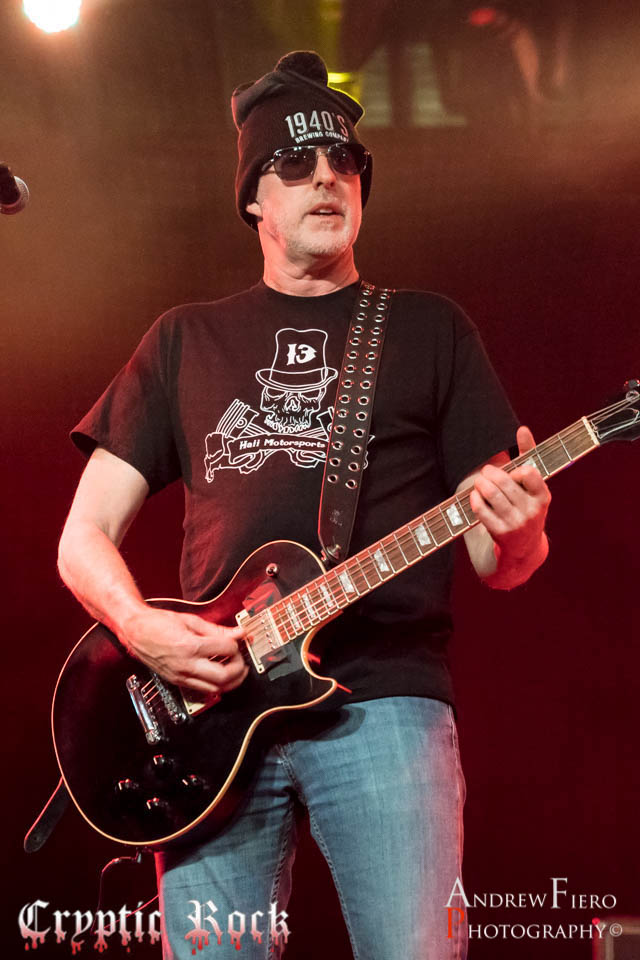 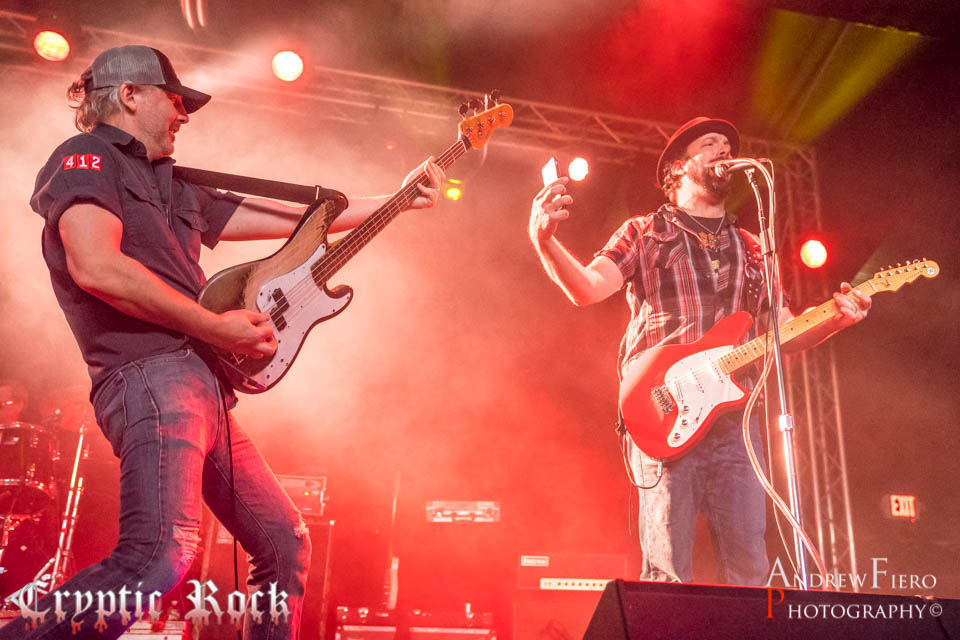 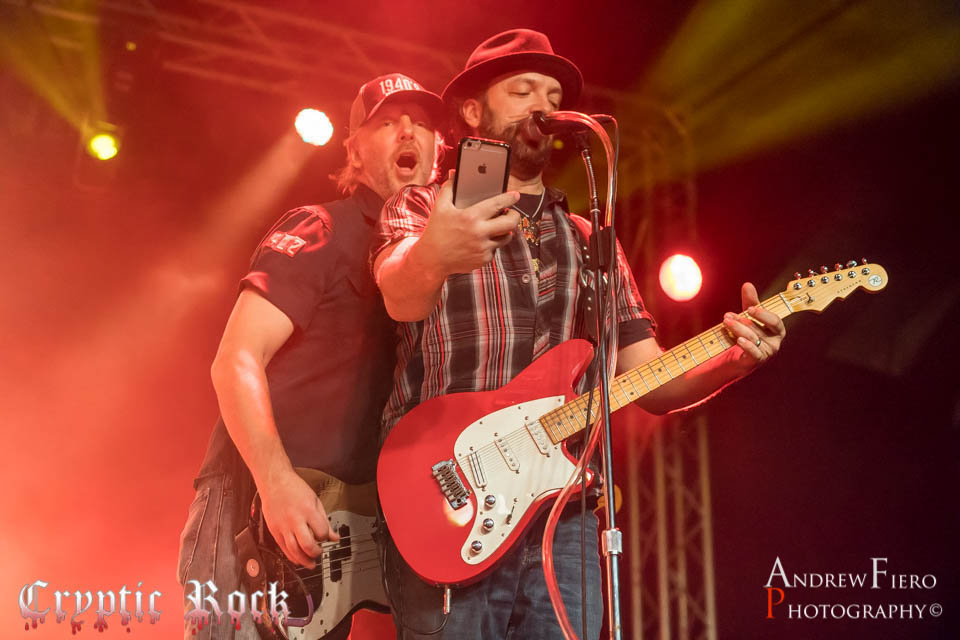 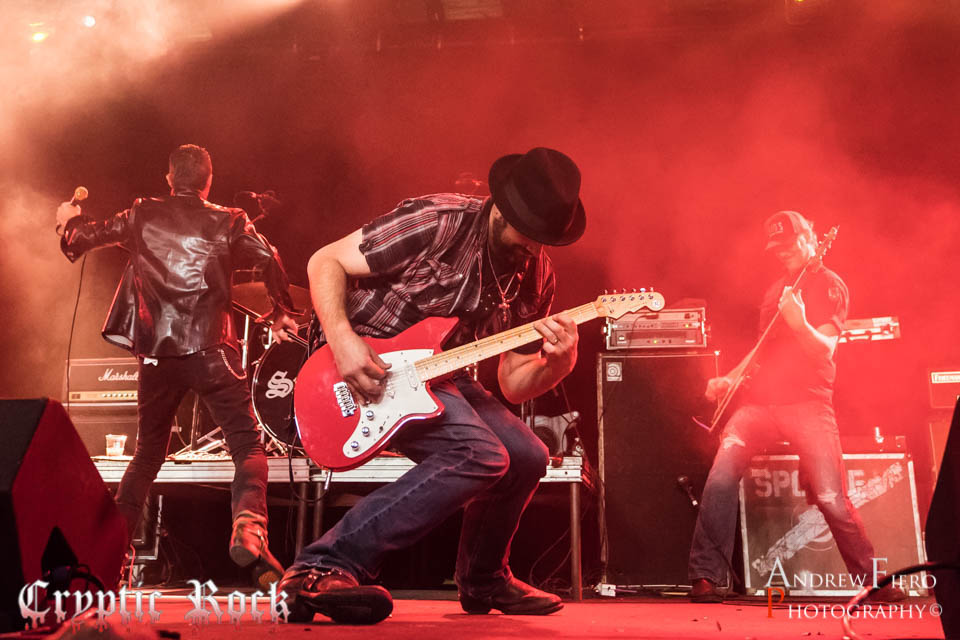 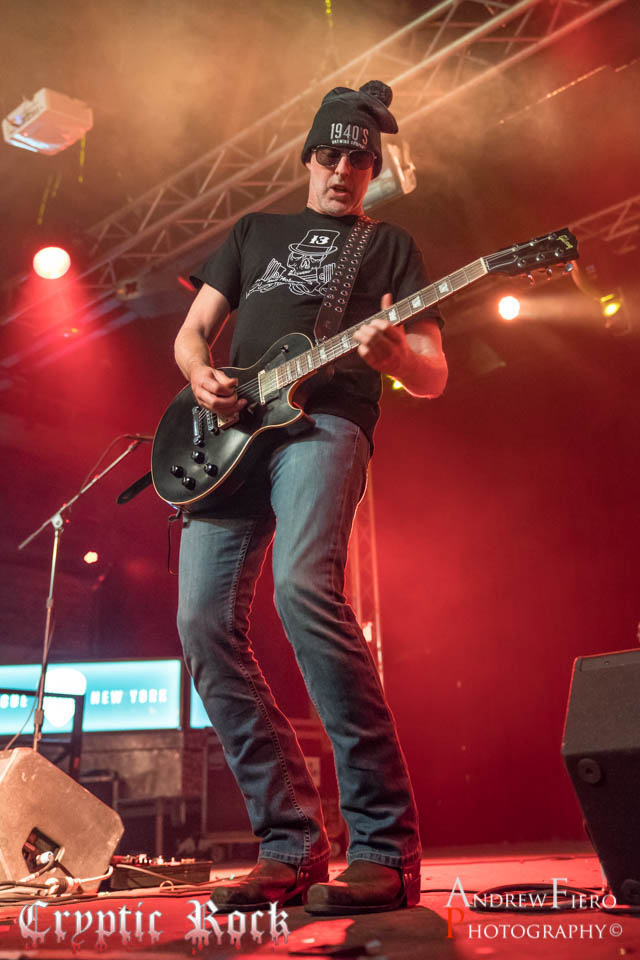 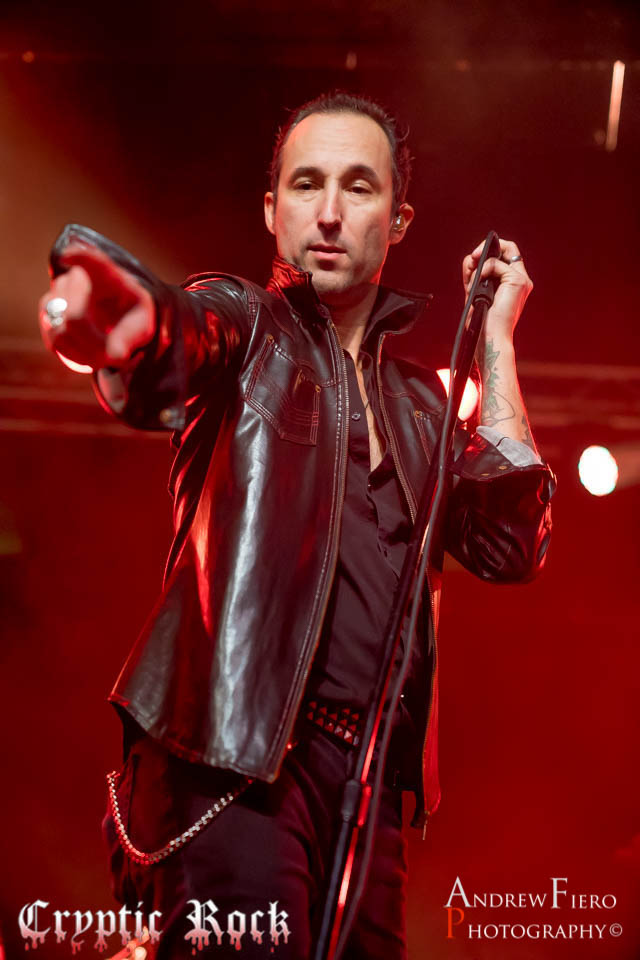 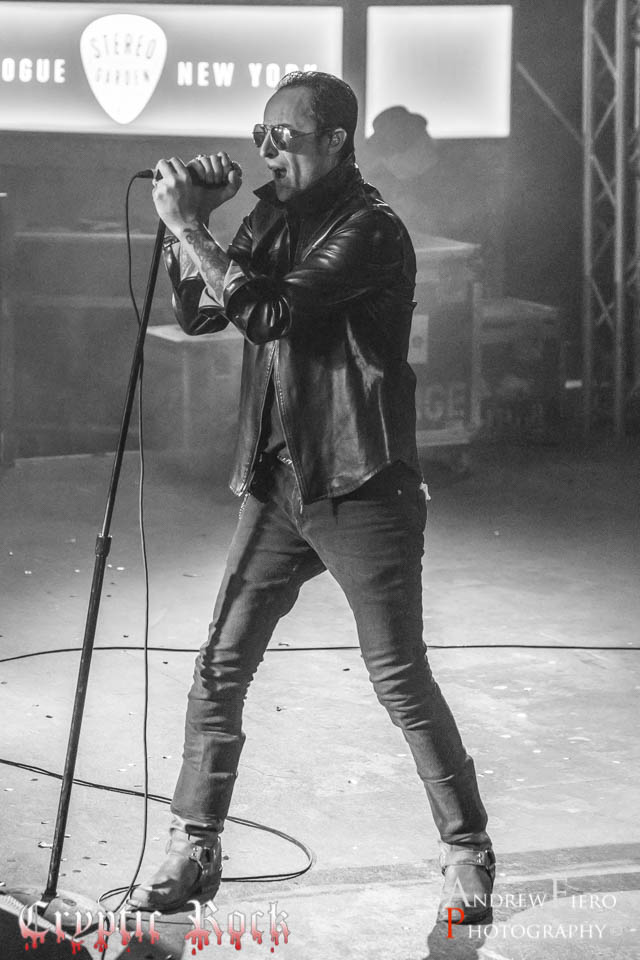 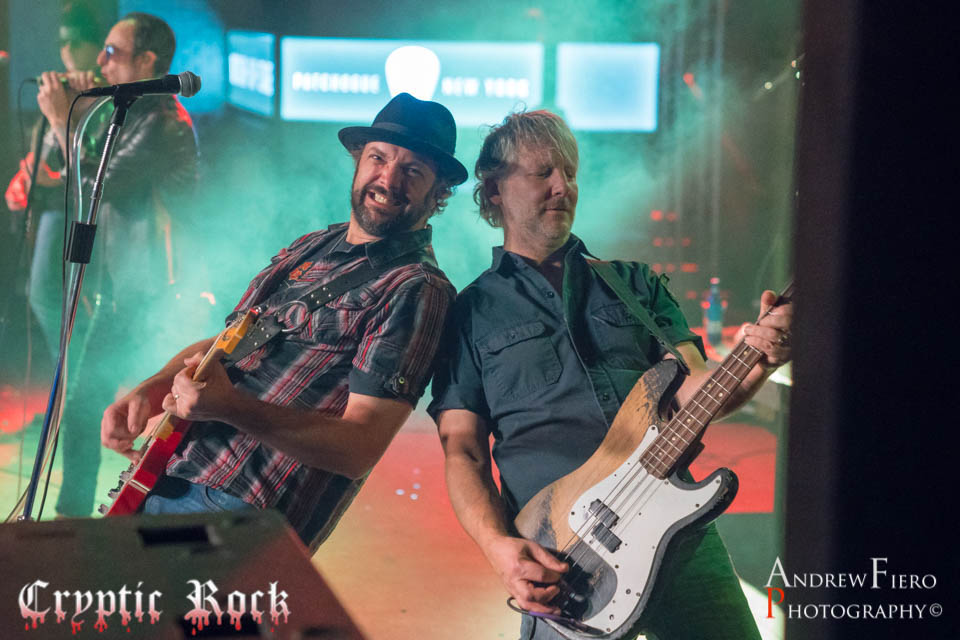 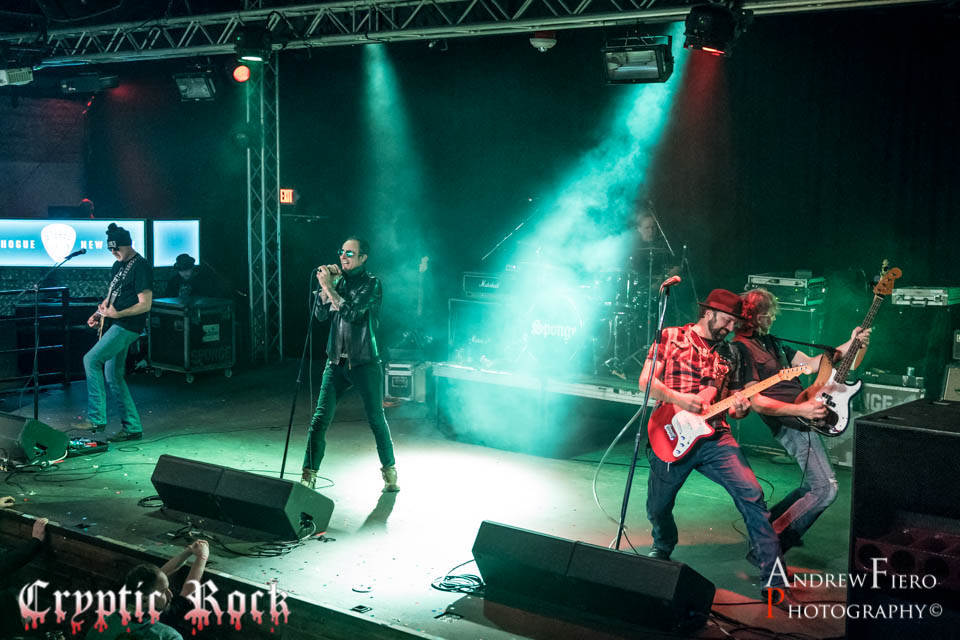 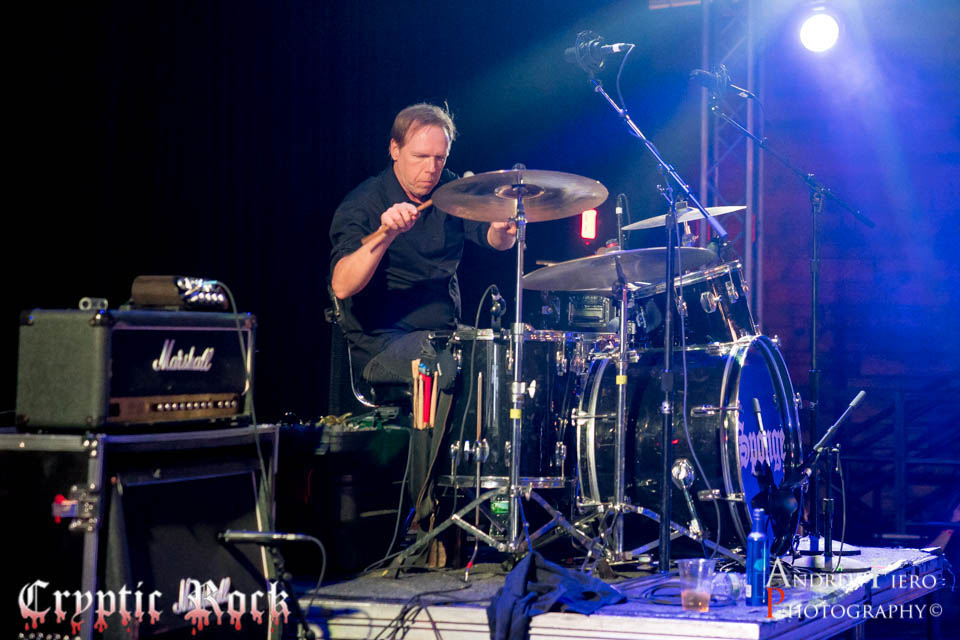 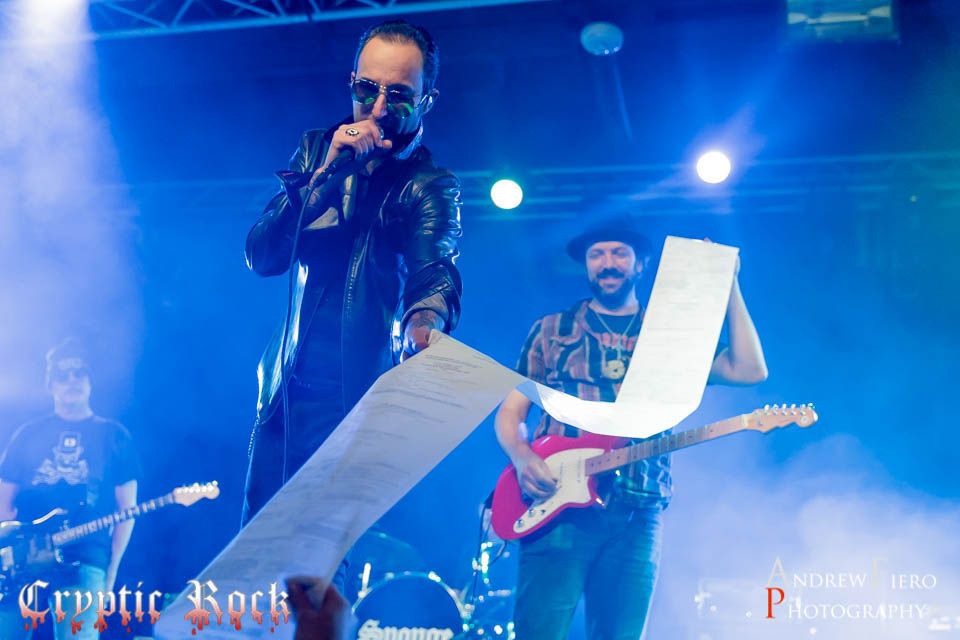 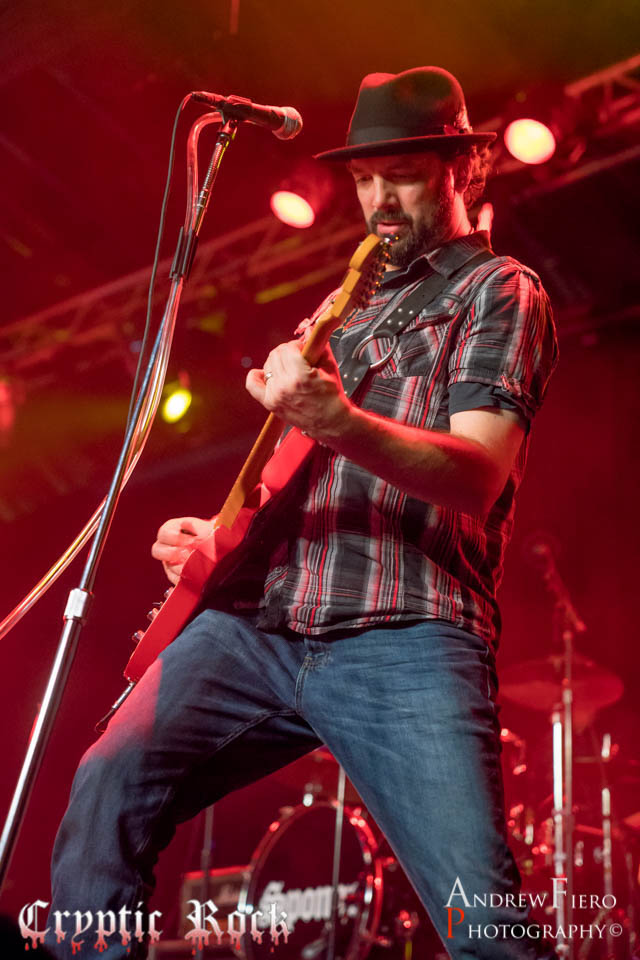 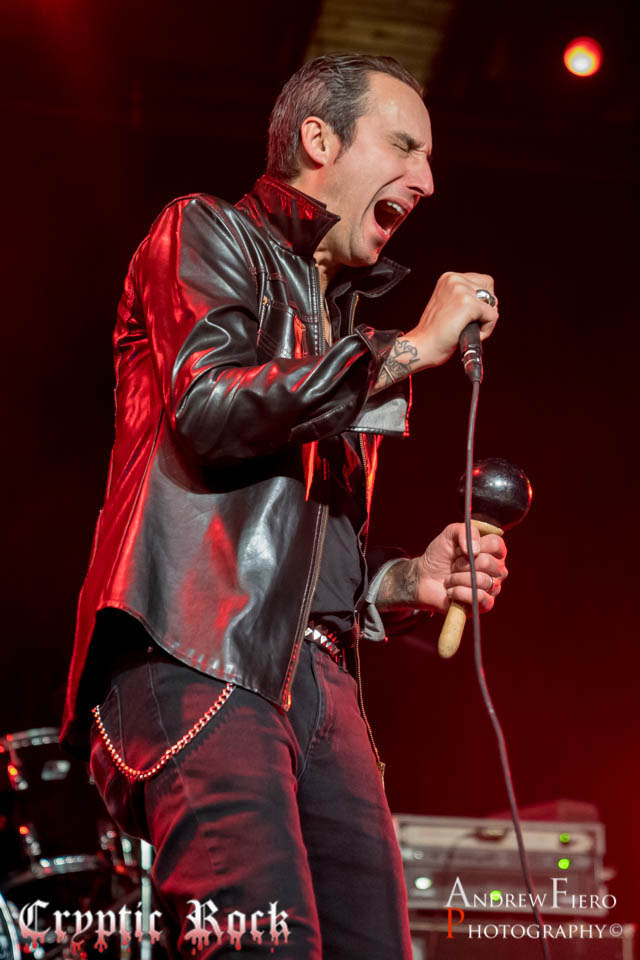 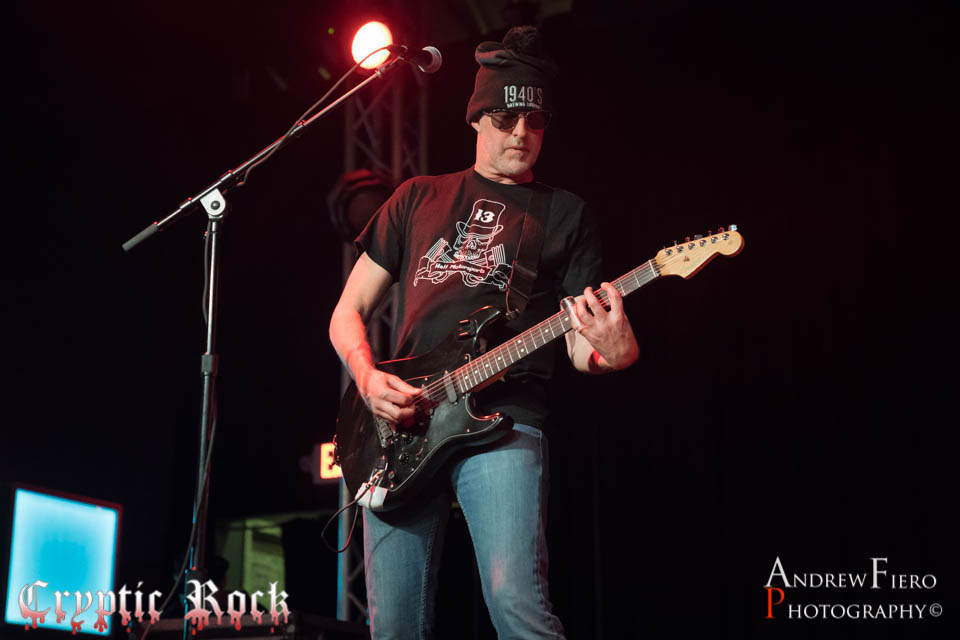 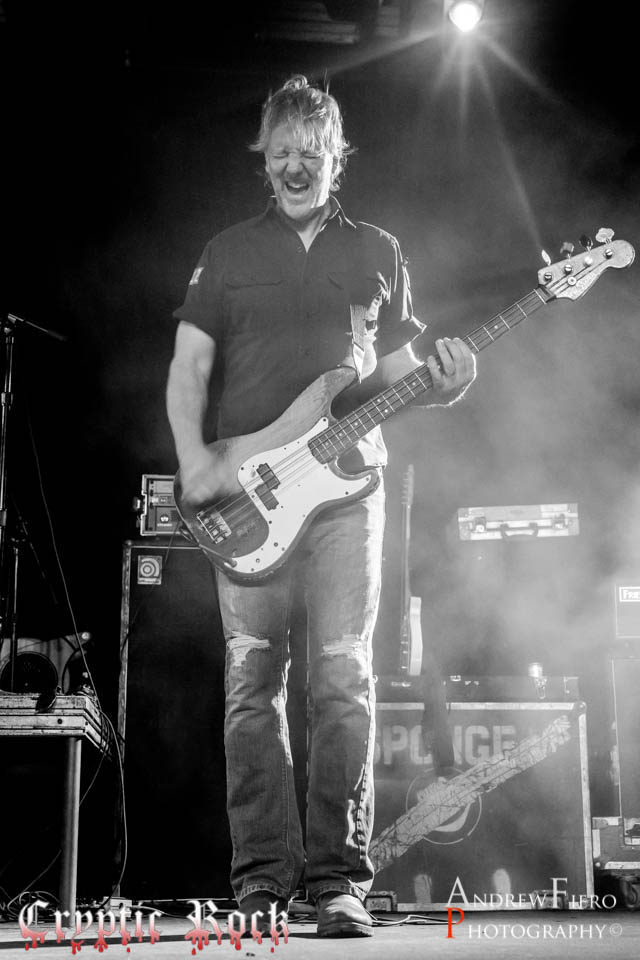 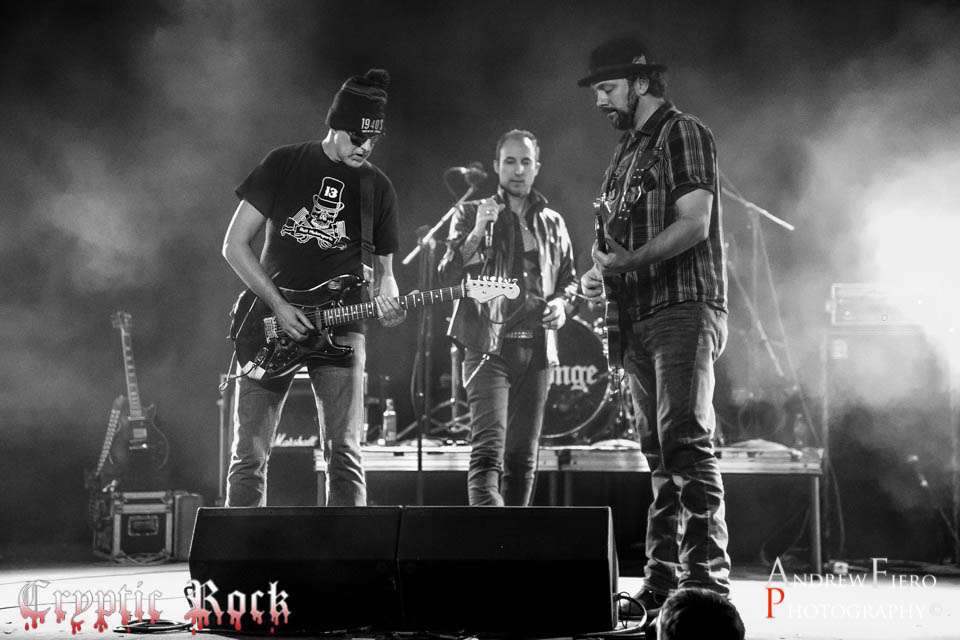