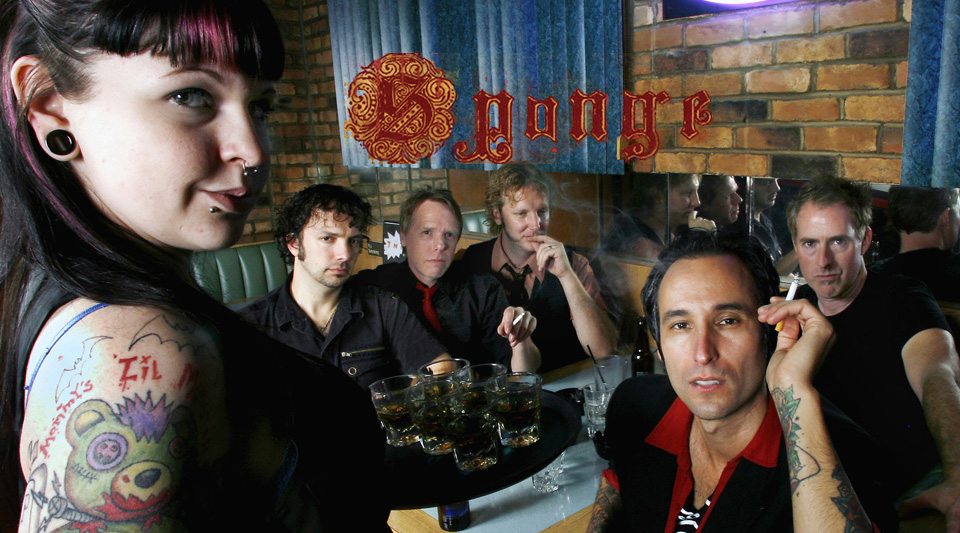 Sponge has survived 2 decades of rock n roll and are still going strong. Their major label debut Rotting Piñata took the alternative rock world by storm in 1994, with mega hits “Plowed” and “Molly” which can still be heard on rock radio today. In 1996 the band followed up with Wax Ecstatic, a solid follow up with “Wax Ecstatic (To Sell Angelina)” and “Have You Seen Mary”. The band went on to release 4 more full length albums over the next 11 years. Each album containing a wide range of quality rock tracks and maintaining their place in modern rock. Sustaining a major line-up change in the early 2000’s when original members Joey Mazola (guitarist), Mike Cross (guitarist), and Tim Cross (bassist) departed from the band. Determined to keep Sponge alive lead vocalist and song writer Vinnie Dombroski reloaded the band and marched on. In 2010 the band put together a five track EP entitled Destroy The Boy.  Now in 2013 Sponge brings us their first full length album in 6 years.  Stop The Bleeding includes the 5 tracks from their 2010 EP and 4 brand new tracks.

The album begins with “Fade From View”, a track with a throbbing bass line and catchy chorus. Surely worthy of airplay on modern alternative rock radio. Followed by a melancholy track entitled “Life’s Bitter Pills”. With mellow electronic backdrop Dombroski croons a sad tune of the trials and tribulations, a unique stand out track on the album. “Dance Floor” is a upbeat track complimented by piano and dance like quality. Dombroski shows his range of song writing ability with this beautiful track. “What Were You Doing Outside” is another track with dance back beat and mix of electronic sounds, catchy and full of melody and different sounds. Half way through the album we are given a unique cover of Jim Croce’s classic track “Time In A Bottle”. Following the same format as the original but in an electronic style, a very interesting and different take on this wonderful tune. The remaining 5 tracks on the album are from the 2010 EP Destroy The Boy. If you were out of the loop and this is the first time you’re hearing these tracks you will be pleased. Having more of a rock format of guitar, drums, and bass than the new tracks in the beginning of the album. Each track is high quality rock and sounds like they could be played on alternative rock radio and there is no reason why they shouldn’t.

Stop The Bleeding is a unique album mixing electronic rock sounding tracks with more straight forward rock songs. All songs are unique in style and sound and there is no filler here.
Dombroski has reached a point in his career where he has expanded his song writing ability and has not skipped a beat since 1994. We can only hope that these tracks get the exposure they deserve from the rock world. Do yourself a favor and buy this album if you appreciate well crafted alternative rock with well written lyrics. Cryptic Rock give this album 4 out of 5 stars. 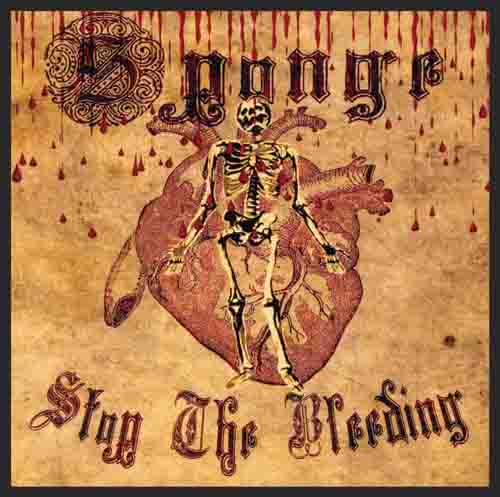