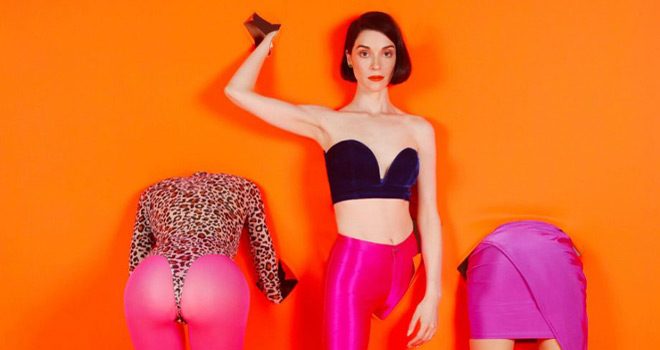 Attending Berklee College of Music up in Boston, Massachusetts, can be a solid way to follow an artistic path; although art school can only offer so much, and sometimes creativity is non-linear. What is the point? Sometimes you need to forget everything you learn to actually start creating; or so says the undeniable talented Annie Clark, better known for her stage name St. Vincent.

A singer, songwriter, multi-instrumentalist, and also a filmmaker, St. Vincent is a compelling American born artist with a lot to offer. Mixing various genres together, St. Vincent has built a name for herself over the course of the last decade, first releasing her debut album Marry Me in 2007. Very much under the Indie genre banner, since her debut St. Vincent has consistently released original music, collaborated with other artists, and toured the world. Now three years after her 2014 mainstream breakout self-titled album, St. Vincent returned with MASSEDUCTION on Friday October 13, 2017 via Loma Vista.

Thirteen cuts, MASSEDUCTION may be challenging to push the way into but after the first song, ironically called “Hang On Me,” the firecracker is set off and lit. From there the social commentary is set with “Pills,” covering every subject that is paralyzing worldwide cultures set to a musical orgasm. Literally. The performance from St. Vincent, as a vocalist, hits home on one of the best songs of the album: plaintive and emotional, the saxophone departure feels like a cigarette after sex.

The title-track is another dip into the cesspool of sexuality and it tackles that reach everywhere in society; after all, sex sells everything, period. With an echoed chant, this turn-on carries the album solidly, including the single “Los Ageless.” Thereafter, another standout, “Happy Birthday, Johnny” is purely vocal delivery and simple musicality; there are no frills, just pure sound and instrumentation supporting stellar lyricism. Coming down a gear comes “Savior” with a bump-and-grind that sits on listeners’ auditory faces giving grins from ear to ear.

Over halfway through, the album’s lead single “New York” is a beautiful resting point for the soul. As sequencing often plays the unwritten part of an album, the experience St. Vincent and her band share makes this point evident; contrasted against the previous tracks only makes the message of “New York” that much more striking. From here it is Indie Rock chaos as the rest of the record starts going from vibe to vibe, spinning like a top threatening to fall but miraculously righting. For all of the uptempo Art Rock there is a balance of tracks like the interlude “Dancing With A Ghost” to “Slow Disco,” and the closing track “Smoking Section.”

Overall, multi-instrumentalist St. Vincent shines throughout MASSEDUCTION, finding depth and resonance at every turn. To say that each song is a stand-alone track is unfair, because each song is necessary to the collective whole that is MASSEDUCTION. Vast and undefinable, this could be one of the best from St. Vincent and that is why CrypticRock gives this album 5 out of 5 stars. 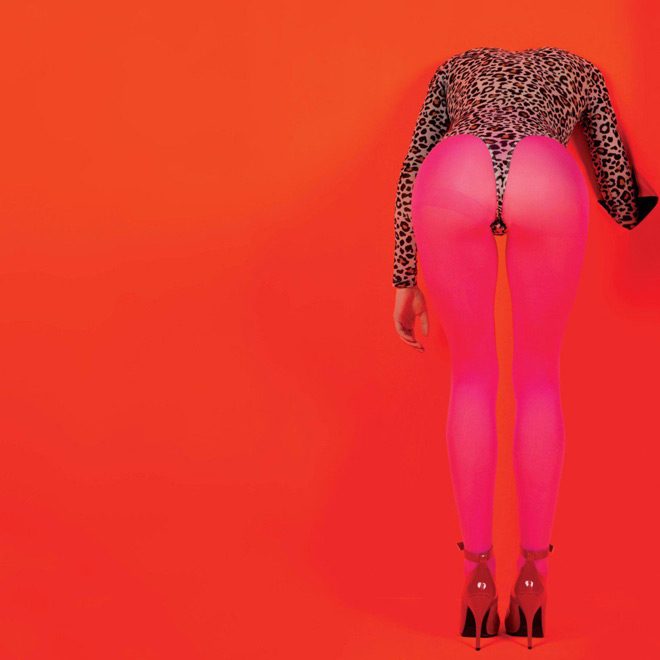