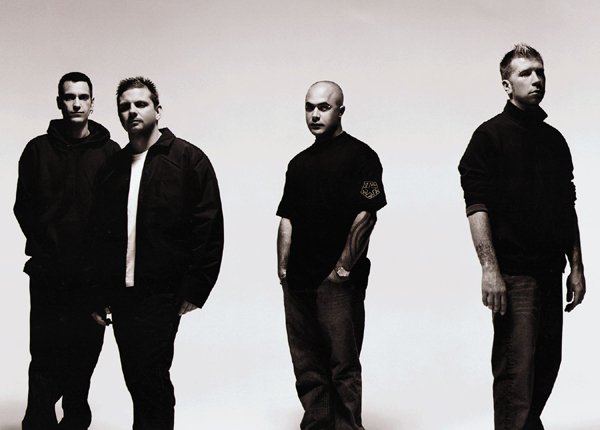 Back in 1995, New England based Alternative Metal band Staind began their journey. Initially a cover band where Lead Vocalist and Rhythm Guitarist Aaron Lewis, Lead Guitarist Mike Mushok, Bassist and Backing Vocalist Johnny April, and Drummer Jon Wysocki played cuts from bands such as Korn, Rage Against The Machine, Alice in Chains, among others, it soon developed into something much more. Filled with angst-ridden lyrics and a raw sound, they self-titled their debut album Torment in 1996.

Like a group therapy, the music progressed through the years and catching the attention of Limp Bizkit’s Fred Durst, Staind was signed to Flip Records. This offered the band a chance to reach a wider audience, and in 1999, they dropped their major label debut, Dysfunction, an album that garnered much attention with Hard Rock radio hits “Just Go,” “Mudshovel,” and “Home.”  Then something even more magical happened in 1999 when Staind was a part of the Family Values Tour and Lewis introduced audiences for the first time to “Outside.” Almost instantly becoming a hit, the song had the raw power to gain massive airplay. Not properly recorded in a studio, not on an album, it was an amazing revelation for the young band and some may say helped amp up even more excitement for Staind’s 2001 sophomore album, Break the Cycle. In fact, “Outside” was played constantly on radio airwaves until Break the Cycle was finally released on May 22, 2001. Now fifteen years later, Break the Cycle serves as a massive turning point in the history of Staind’s super-stardom.

A lot of pressure was on Staind to put together Break the Cycle. With a massive buzz surrounding them, they knew they had a challenge ahead. Thankfully they were up for that challenge and the album would go on to spawn five singles and spent three weeks at a # 1 position in the U.S. album charts. Produced by Josh Abraham, Breaking the Cycle’s 13 tracks continued the band’s previous two albums’ hard-edge with themes about isolation, suffering, depression, and suicide. Begun with “Open Your Eyes,’” the opening riff followed Lewis’ observations of street/city life.  He puts listeners in his stories’ shoes, asking, “What would you do?” While not necessarily the hardness of Staind’s music, Lewis’ lyrics are the driving force and immediately show the singer’s progression as a lyricist. Next comes “Pressure,” which keeps the momentum going. Changing gears internally, Lewis sings about the day-to-day things that pull him in various directions.

Following the impressive opening cuts, “Fade” comes in and it was in fact the third single from Break the Cycle. Historically, Staind’s second highest charting single, topping at # 62 while also making 4th and 3th on the Modern Rock Tracks and Mainstream Rock Tracks charts respectively, the song is a slower, brooding piece about Lewis in a toxic past relationship. This is before the album’s lead single, “It’s Been Awhile,” Staind’s most popular and successful song. Another slower piece, it reminisces on the past, and shows how life changes can be good to some extent, but the best intentions can make things worse in the heat of the moment. In essence, Lewis conveys the message that the only thing one can do is apologize, and hope for the best. Making # 5 on the Billboard Hot 100, their only song to reach the top 10, it also spent 20 weeks at # 1 on the Billboard Hot Mainstream Rock Tracks chart, and a then-record 16 weeks at number 1 on the Billboard Hot Modern Rock Tracks chart. In addition, many may recall when MTV was still actually playing music videos that “Fade” and “It’s Been Awhile” received heavy rotation.

Starting on a riff, “Change” carries the previous two tracks with a bit of a harder musical edge. Also, growling is used to punctuate the album’s theme of moving forward from the past. Like most Staind songs, that melody settles as Lewis weaves his tales through the verses, then, cuts loose through the chorus. Then Wysocki’s drums lead into “Can’t Believe” with melodic guitars grinding in as April growls out the lyrics of how people can be so disrespectful and hurtful to others.

Showing even more diversity in the fabric of Breaking the Cycle, “Epiphany” is a multi-faceted piece, again slower, reminiscing, story-like.  The acoustic melody adds to the sadness of the lyrics Lewis times perfectly as he delves deep into the darkness of his psyche of loss. There was a video to accompany the song. Like turning the screw, “Suffer” grinds in as Lewis sings about society’s abject fetish for the suffering of others if not the need to cause negative drama to be noticed. “Warm Safe Place” has a melody that is a hypnotic and beautiful power ballad rising with guitar emotion as Lewis sings about relying on someone for safety so much so that without, he is lost. Internal torment is the theme for Break the Cycle’s fourth single, “For You,”  as the melody grinds hard like Lewis singing about being locked inside his head while no one talks about the abuse endured.

Finally, the song that was essentially the sample taste for Break the Cycle, quasi-ballad-esque “Outside” is offered, but in a proper studio recording. It was the first time the world was able to hear the song in such a format, and the new version hit the radio waves, making # 1 on the Mainstream Rock Tracks chart and #2 on the Modern Rock Tracks chart. Next comes “Wasted,” a Staind penned for couple of fans who committed suicide. This power ballad has Lewis empathizing the feelings that might lead someone to commit suicide while saying they wasted their lives on a temporary problem. Finishing in solid fashion, “Take It” takes the listener out as hard as the album came in.  Grinding hard, the band ends on a hopeful note when Lewis sings, “I just live for my tomorrow.”

Since Break the Cycle, Staind has four more top five charted studio albums, including their last studio album, 2011’s Staind. In promotion of the record, the band even did a rooftop concert in West Babylon, New York at Looney Tunes CD Store on July 12, 2001. An event that was a part of a midnight pre-sale promotion for Break the Cycle, the concert drew over 7,500 people to see them perform, a historic event for the band and the Long Island area. While the band has been on and off hiatus, Lewis continues to embark on a solo Country Rock career and most recently Mushok teamed up with former Three Days Grace singer Adam Gontier, former Finger Eleven drummer Rich Beddoe, and Eye Empire bassist Corey Lowery to form Saint Asonia. Still, Break the Cycle remains consistent as a crown achievement for Staind. It is an album that has gone five-times platinum and broke the band wide open to the mainstream. The record possesses personal feelings that many can relate to, and continue to do so. With that said, music is suppose to mend, help one find resolve, along with see their way through life, and history shows Break the Cycle has done just that. 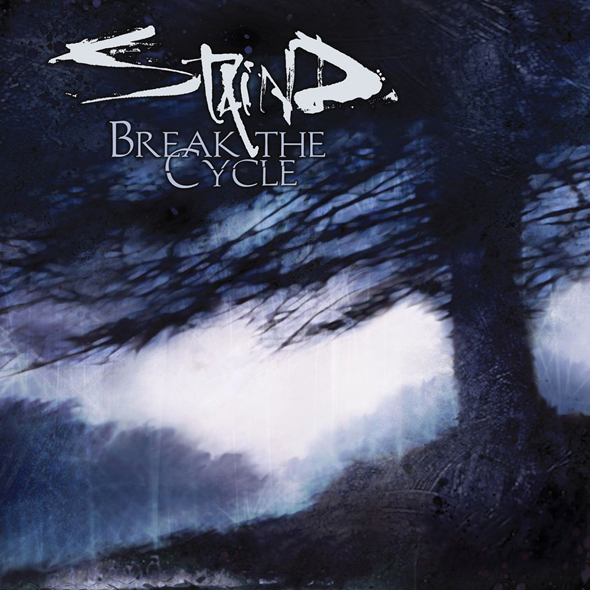