In a post apocalyptic world overrun by Christian fundamentalists, vampires, along with cannibals, a young vampire hunter searches to reconnect with his mentor and illustrious rogue vampire slayer to embark on a journey seeking revenge and refuge. Such is the story of the brand new Action Horror flick Stake Land II: The Stakelander.

An exciting follow-up to Nick Damici’s 2010 film Stake Land, the newest installment is set to be released on VOD February 7th and on DVD February 14th by Dark Sky Films via Glass Eye Pix, Berserker Entertainment, and Last Pictures. With Damici back as the writer, the new film shifts in direction with Jim Mickle, director of the original Stake Land, not returning for the sequel due to a busy schedule. Instead, Dan Berk (Body 2015, Dispatch 2014) and Robert Olsen (Body 2015, Dispatch 2014) take over the task, creating a very commendable continuation of the story, which, at the very heart of it, centers on the importance of keeping hope alive in order to persevere and move forward. 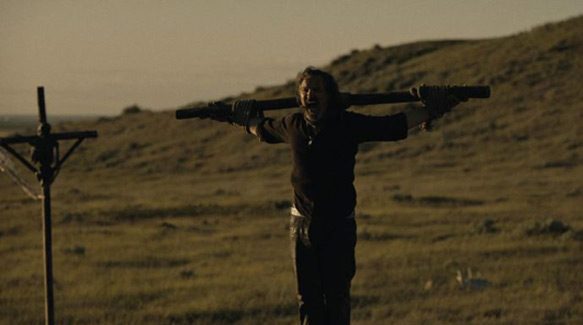 The movie begins by giving the audience brief glimpses of what occurred in the first film, filling in sufficient gaps to form a big enough picture that allows viewers, who may have missed the original, the opportunity to still enjoy this movie without feeling lost. The audience is also brought into Martin’s (Paolo) mind as he seems to be experiencing his own flashbacks from New Eden and sitting around with his wife, Peggy (Denson), and daughter, telling stories about adventures with his mentor, Mister.

What started as pleasant memories of his family, quickly turn dark and horrifying as viewers witness New Eden being infested and destroyed by a reinvigorated matriarchal vampire clan, as well as the return of the radical Christian cult known as The Brotherhood; both of which are controlled by the powerful vampire referred to as Mother. 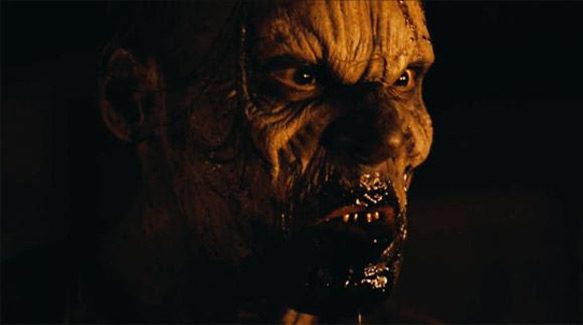 After losing all he had fought so hard to gain, Martin soon embarks on a journey to take revenge against Mother, but first he must leave the desolate wastelands of New Eden (Canada) and head south towards the bleaker badlands of the United States to locate the one man he is certain will help him track Mother, the man who taught him everything he knows about hunting and killing vampires; he must find Mister.

Along his journey, Martin encounters a lawless gang of cannibals, crazed members of The Brotherhood, and malnourished murderous vampires. Once he finally reconnects with Mister, they take on an extra passenger, a feral and abused young girl by the name of Lady, and continue their quest to kill as many vampires and cult members as possible until they reach the real target of their shared rage, Mother. Mister and Martin also come upon a community of survivors that are willing to fight to the death alongside them in an explosive showdown that is sure to have viewers gripping the edge of their seats while also fulfilling their cravings for violence, gore, and several disturbing deaths.

Much of the first half of the movie involves the lonely travels of Martin as he makes his way further south in search of Mister. The deserted and isolated lands of Canada and the US, as well as Martin’s heartbreaking solo journey are effectively captured and driven by both the cinematography and film score.

Adding to the overall product, Cinematographer Matt Mitchell (Body 2015, Asshole 2009) uses a variety of wide angles to capture beautiful landscapes that perfectly portray peaceful, abandoned properties during the day and forsaken, dangerous hunting grounds once the sun sets; all of which are necessary for Martin to cross in order find his mentor. Composer Reddington Hunter (Long Nights, Short Mornings 2016) puts together a film score that speaks volumes in the wake of moments completely void of dialogue. 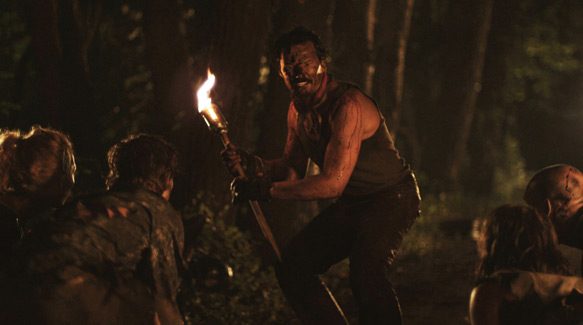 The music, as well as components of the costumes, feels like a bit of a throwback to Western movies from way back in the day. Brenda Shenher (Chained 2012, Grace 2009) creates costumes that are somewhat timeless, mixing elements from past, present, and future.

The special effects and makeup were handled with such precision in this film, successfully removing the romanticized vampire qualities most notably associated with vampires, and replacing them with extra menacing, revolting, and grotesque features that are more closely related to that of demons and zombies. Stake Land II: The Stakelander also created characters, ambiance, and action that appeared to hit harder on other key post apocalyptic tropes, paying homage to the classics like 1985’s Mad Max Beyond Thunderdome and 1982’s Escape From New York.

This being said, the combination of respectable cinematography, a complementary film score, superb costumes, makeup, and special effects as well as first-rate acting, excellent writing, outstanding action sequences, light humor, and fine directing make Stake Land II: The Stakelander a fun, action-packed Horror movie that is sure to leave viewers amused and engrossed. CrypticRock gives this engaging second chapter 4 out of 5 stars. 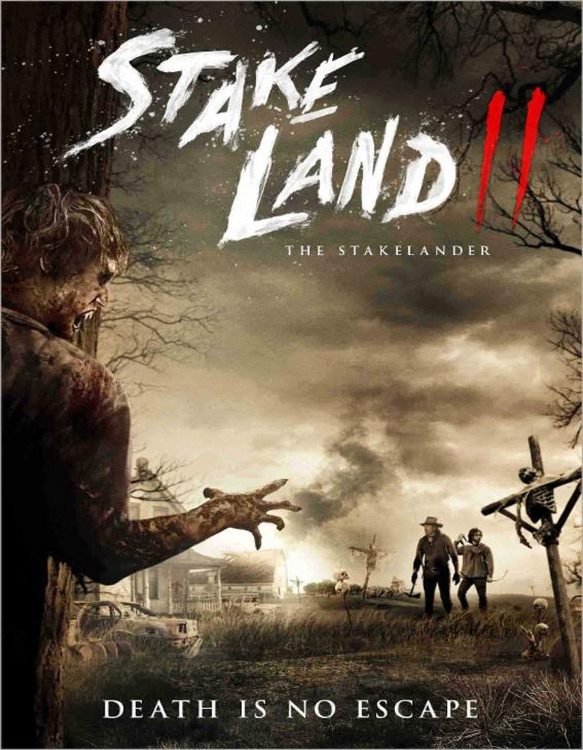