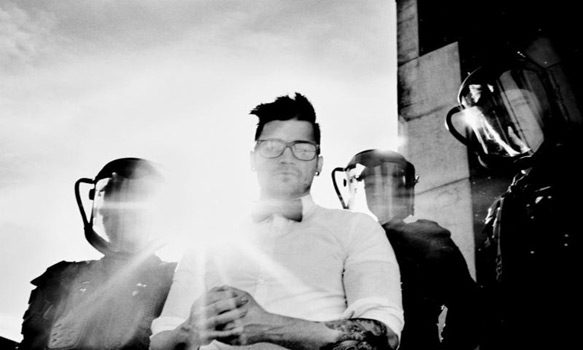 Some people are brilliant at absolutely everything they do and everything they touch seems to turn to an asteroid made of gold. Enter Dustin Bates, the mastermind behind the Rock band Starset. A vocalist, guitarist, keyboardist, songwriter, touring musician, as well as a candidate for a PhD in Electrical Engineering, one might say that Bates has a pretty full dance card.

His band Starset emerged from a fictional backstory, a thematic basis for their music and multimedia presentations. The 2014 album, Transmissions, is the first piece of the puzzle, the official narrative for The Starset Society. A public outreach initiative, the aim of Starset is to alert the public to the contents of a mysterious message received from outer space. Do not phone home just yet, in conjunction with the transmission, there was also a graphic novel, entitled The Prox Transmission.

Bates and his colleagues, Bassist Ron DeChant, Guitarist Brock Richards, and Drummer Adam Gilbert, meld music that is an atmospheric amalgam that leans, sonically speaking, toward Jared Leto’s 30 Seconds to Mars as well as Euro Synthpoppers Apoptygma Berzerk. Blend with the multimedia presentation style of bands like Angels & Airwaves, and some listeners might have a very vague idea of what Starset encompass. They have opened for the likes of Breaking Benjamin and In This Moment, and could easily be placed alongside the extremely talented Three Days Grace, Red, Skillet, Thrice, or recent Bring Me the Horizon.

Fast forward to present times, their sophomore communication, Vessels, is expected to be transmitted on January 20, 2017 via Razor & Tie. Produced by Rob Graves (Halestorm, Red) and mixed by Ben Grosse (Breaking Benjamin, Filter), these fifteen tracks of cinematic, melodic, often progressive Rock-n-Roll are going to blow their growing fanbase out of the stratosphere.

The communication begins with “The Order,” a roughly one minute introduction of noise and sound. It serves to transport one to the depths of one’s vessel and toward the “Satellite.” A more abrasive, new Starset emerge in this Rock track that shows more rage and range. Bates passionately points toward that which one wishes to orbit, the individual who holds our gravity, which is a similar lyrical scheme to “The Gravity of You,” a song of sonic extremes, from sweetly melodic moments to Bates’ screaming pleas, it is a track that lingers.

Perhaps the album’s true zenith is first single, “Monster,” and like a sonic drug, this is the hook that works its way into one’s head and becomes a true earworm. “You’re the pulse in my veins, you’re the war that I rage . . . Can you change me from the monster you made me?” Bates asks. With deliciously enslaving, prodigious melodies, this song should be a monster of a hit for Starset.

Vessels is an album of fluctuating extremes, with the Hard Rock assault of tracks like rasping “Frequency” and hook-filled “Last To Fall,” superior lyrics of “Unbecoming,” and the electronic and atmospheric moments in songs such as the second single, “Back To The Earth,” and Muse-reminiscent “Everglow.” Where Transmissions took those first tentative steps, Vessels plants the flag in the soil and stakes a claim for Starset.

Starset are a band of astronomical talent and, bigger and bolder, Vessels encompasses a whole new galaxy of sound. Every single track of the lengthy fifteen is catchy and orchestrated to perfection; the production is flawless, the band is at the upper echelon of their craft. In support of Vessels, a U.S. headlining tour with Gemini Syndrome in the opening slot begins on January 14th in Flint, Michigan, with a hometown record release show in Columbus, Ohio set for January 20th. Hard Rock fans will be ecstatic to hear Starset’s latest creation, and CrypticRock are honored to give Vessels 5 out of 5 stars. 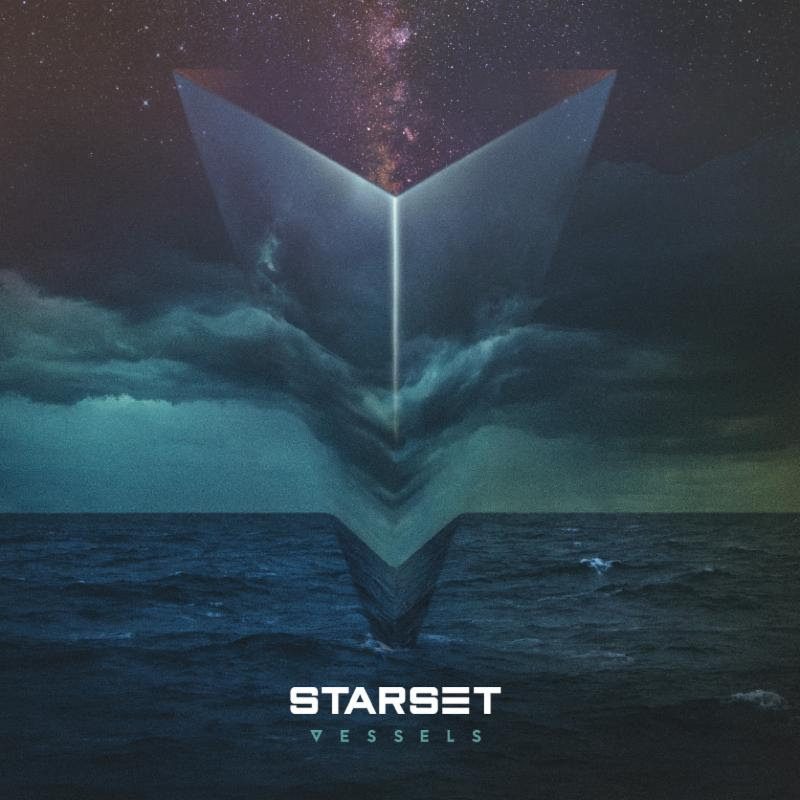