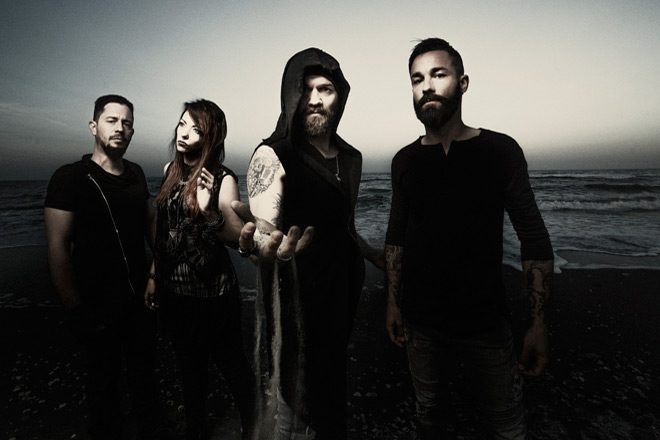 A fairly new band on the Rock scene, Starsick System are set to make a triumphant return with their sophomore album Lies, Hopes & Other Stories on June 23, 2017 via Pride & Joy Music.

Together since 2012, the Italian band shows off the strength in songwriting, musicianship, and experience attained from prior involvement with other bands. Fronted by Vocalist/Guitarist Marco Sandron, who had previously been in Pathosray, Eden’s Curse, and Fairyland, he is joined by two members of Syrayde, Guitarist David Donati as well as Bassist Valeria Battain. Completing the band, Drummer Ivan Moni Bidin of Pathosray and Syrayde came on behind the kit. Bringing songwriting and production skills, Bidin produced their 2015 debut Daydreamin’, an album that quickly grabbed the attention of the musical press, winning album of the month as well as album of the year honors.

Coming off the success of their debut, and after supporting Zakk Wylde’s Black Label Society on tour in 2015, like any band, Starsick System know how important their second album is to their future. Certainly doing it justice, creating a melodic yet guitar heavy array of tunes, Lies, Hopes & Other Stories should surely entice their following to grow.

Eleven tracks in total, the atmospheric and mysterious “Nebulous” gives listeners a good first impressions of Starsick System with a short instrumental that morphs into “I am The Hurricane,” a modern interpretation of ’80s Rock which is sexy, raunchy, heavy yet melodic, guitar-laden and powerful. A fine opener full of energy and well-crafted, moving on to something more punchy and driven, “Bulletproof” oozes attitude along with rancor. With interesting twists in style, it reveals that Starset System intend to offer something more than just the standard Rock fare, dripping in creativity and passion.

Venturing into a more Pop Punk feel, “Sinner” has an infectious chorus that should appeal to a wide audience. A different direction, it cast Starsick System as a band for the younger generation, but also one which has elements that captivate any age. Thereafter, “The Promise” is a gentler fare, huskier vocals that comfort and soothe. In addition, it has harmonies that lift the soul and yet this is no slow ballad, it still has plenty of balls. Waxing philosophical, from a melodramatic start to screams of anguish, “Scars” is a raw track that lays it all bare. The songs that last are often those who we can connect with most. This is because songs that listeners can relate with emotionally, and “Scars” has the potential to do this with disenchanted youth who need to know there are others who feel the same.

Moving on, acoustic strumming characterizes “Everything and More,” a cut which feels earthy, summery, from a simpler time, with a delightful charm and heartwarming vibes. In contrast, “Come One, Come All” is brash, loud, and celebratory. It is a riot of sound and enjoyment, as it likens being in a Rock band to a circus freak show. This is before “Perfect Life” comes in more of a Classic Rock style, combining relentless drums and fierce guitars, speeding along frantically with plenty of verve as well as spirit.

Sweet, sensual, uplifting, and endearing, “Hope” is a blissful offering. Rich in sentiment and sway, it comes as the album winds down to a climax before concluding with an unexpected and risky cover. That comes with Chris Cornell’s James Bond themed tune “You Know My Name” from 2006’s Casino Royale. That in mind, taking something by Cornell is always going to draw comparisons, and while Sandron is a very capable Vocalist, choosing a Bond theme which does not stand alone very easily seems a strange choice.

Diverse, Lies, Hopes & Other Stories is a strong, exciting album, ensuring Starsick System should continue to grow in stature and reputation. There is a good range of music here and they manage to escape falling into the trap of being cliche or generic, which puts them on the right path for the future. Ones to watch for, CrypticRock gives Lies, Hopes & Other Stories 4.5 out of 5 stars. 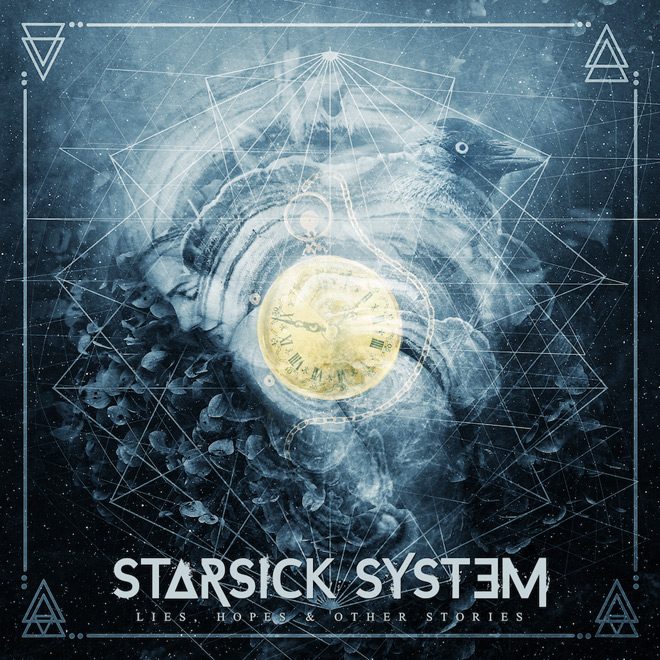